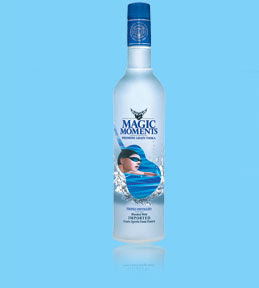 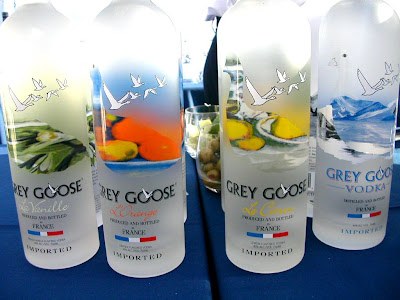 To add some intelligent babble to your vodka evenings, the trademark tussle that has erupted between the vodka barons Bacardi and Radico Khaitan may make for some interesting conversation at your social sundowners.

Radico Khaitan ‘Magic Moments’ (Get Buzzed Moments or Maabo Moments sounds better for a brand of Vodka I guess) and Grey Goose from the house of Bacardi all promise to whet the Indian palate.

Incidentally, these brew biggies are engaged in a battle of the bottle of sorts.

As Media Reports go,Bacardi has ‘raised objections to the new packaging and design of the latter’s Magic Moments vodka, alleging that its appearance ” comes very close” to Bacardi’s international blockbuster Grey Goose’.

Technology , it appears seems to the bone of contention between the Goose and Moment makers…… Bacardi claims that the printing technology and style employed by Radico bears close similarities to the Grey Goose printing specs and visual appeal….and hence could amount to ‘passing off ‘ and copying of a well known trademark.After all, ones needs to know which potion one is downing in moments of stupor and intoxication, and hence the reasoning that the print on the vodka bottles cannot bear deceptive similarities.!!!!!!!! Besides the contents and the cover add to the experience I guess.

Grey goose is a trademark that has a trans border reputation by virtue of which Bacardi could institute a suit a on the grounds of ‘passing off ‘ and subsequent dilution of its mark in India.The Grey Goose trademark was acquired by Bacardi for $2billion three years ago.

Many well known marks in India have obtained relief from Indian courts on these grounds.The passage of the new Indian Trademarks Act 1999 on September 15th 2003, conferred statutory protection to well known trademarks and strengthened their case in the event of any violation.

A pehla nasha partnership to market Indian made liquor houses between the two went awry in 2005…..Nevertheless Bacardi has issued a statement that it will not precipitate legal action action in the Grey goose against Radico , but would prefer an amicable out of court settlement.

That sure does sound like a gentlemans manner of holding ones drink!