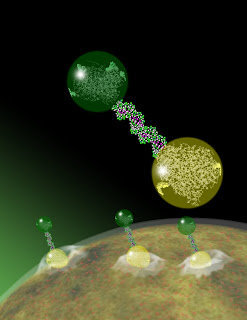 KS Jayaraman, one of India’s most well known science journalists (now with “Nature”), has written a very interesting piece on biotech patents and the prospects of compulsory licensing in developing countries such as India, Brazil and Thailand. Apart from two minor mistakes (he assumes that Tarceva is a biotech drug; and that “non emergency” compulsory licensing grounds in India came about only after 2005), the piece is a very good read.

“Patent Threat in Emerging Economies Shifts to Biotech”
“Recently revamped rules for compulsory licenses—which allow national governments to revoke patents for use in urgent or emergency situations—have triggered a spate of challenges to pharma’s intellectual property (IP) in emerging economies like those of India, Thailand and Brazil. Now those challenges are starting to extend to biotech patents.

In India, Natco Pharma, of Hyderabad, India, recently pleaded for two compulsory licenses to produce cheap versions of drugs for export to Nepal. One of them is for a biotech drug: Tarceva (erlotinib), originally developed by Genentech, of S. San Francisco, California, and OSI Pharmaceuticals, of Melville, New York, and marketed in India by Roche; the other is for Sutent (sunitinib), the anti-cancer drug produced by New York-based Pfizer.

In March, Thailand’s new government also issued compulsory licenses for a clutch of innovative medications, including three for cancer. And in South America, last May, the Brazilian government stated a national emergency to issue a compulsory license for patent-protected antiretroviral Sustiva (efavirenz) (Box 1).

The question is whether these instances will be taken as precedents spelling trouble for IP- reliant drug makers, particularly biotech firms, which are often valued on the basis of the strength of their patent portfolio.

In the Tarceva case, in which compulsory licenses were filed, the court has given only an ‘interim’ order and not the final ruling, meaning that so far there is “nothing yet for our generic firms to celebrate,” says Gopinathan Nair, Mumbai-based patents consultant. And Dilip Shah, secretary-general of the Indian Pharmaceutical Alliance, does not believe Natco’s precedent-setting filing for a compulsory license will create a chain reaction, either. “India refrained from giving CL [a compulsory license], even when bird flu created a potential emergency in 2006,” he says. “Instead it placed an order for Tamiflu with Roche.”

Prasanna Kumar Ghosh, former adviser to government on biotech, feels the attitude to compulsory licenses ought to remain that way. “CLs will turn the multinationals away,” he cautions.

In fact the Mumbai-based Organization of Pharmaceutical Producers of India (OPPI) that represents multinational (and some large Indian) companies views the compulsory license threat as a tempest in a teapot. “CLs in no way can be considered as an emerging trend for both pharmaceutical and biotech products,” says OPPI director general, Tapan Ray.

Although it does consider national emergency reasonable grounds for a compulsory license, OPPI is opposed to granting them to extend commercial benefit to companies that manufacture copies of brand drugs. In the Natco case, Nepal has not given the generic version a nod, as it has not officially issued a notification to allow the generic drug version to be imported from India—a requirement under the Indian Patents Act for seeking compulsory licenses. “This has never happened in any country in the world and OPPI strongly believes that the situation will not be any different in India,” says Ray.

This remains to be seen. “Although there hasn’t been a biologics CL case as yet in India, it is certainly going to become prominent,” says Shamnad Basheer, an associate at Oxford IP Research Center, UK. One driver for this is the Indian government’s new ‘biotechnology strat- egy’, which is expected to facilitate the growth of biopharmaceutical companies that copy brand biologic drugs in a big way. Last May, Dr. Reddy’s Laboratory in Hyderabad launched its second biosimilar drug Reditux, a copy of Roche’s blockbuster Rituxan (rituximab), a monoclonal antibody used in the treatment of non-Hodgkin’s lymphoma. Reddy’s, which already sells Grafeel, a copy of Amgen’s Neupogen (granulocyte-macrophage colony stimulating factor, which is used to boost white blood-cell production), announced in February it has eight more biologic copycats in its pipeline. “Assuming some of these are patented, Reddy’s could try and avail itself of the Cipla ruling—whereby if the price is too high and it is not manufactured in India, this would be subjected to a CL,” says Basheer.

Basheer warns, however, that growth of the sector will be unsustainable unless the Indian government moves to create a regulatory path- way for biogenerics; at the moment, there is a distinct lack of stringent regulations to address equivalence issues.

OPPI voices similar concerns. Because biologic drugs are difficult to replicate, the OPPI has suggested the authorities consider biosimi- lar drugs as new products and request all the necessary supportive data for their registration.

The issue of biogenerics approval needs to be “urgently addressed,” says Ray, a move expected to delay if not preempt compulsory licenses on biogenerics.

But Basheer argues that because drug prices are the key driver for compulsory licenses, the best way for big pharma and biotech to address this issue is by rethinking their model of pricing worldwide. He believes the increasing R&D collaboration between Indian generics and multinational companies may also reduce the incentives to apply for such licenses.

Another Catch-22 is that even if they do not like compulsory licenses, Western drug firms can’t afford to stop marketing their products in India, says Mrinalini Kochupillai, a patents expert at Boston Law School. This is because “nonavailability in the local market is also one of the grounds for grant of CL,” he says One biologics sector, vaccines, has so faravoided compulsory licenses. There are several reasons they are not on the list of potential compulsory licenses, says Yennappu Madhavi, an expert on vaccine policy. Patents for the old vaccines in the immunization programs in most countries have expired, and, in fact, large pharma is not keen on producing them, she says.

But if a bird flu vaccine is produced, it ought to be available through compulsory licenses, says Cipla’s chairman Yusuf Hamied. “In diseases like AIDS, tuberculosis, malaria or bird flu you cannot afford a monopoly.” Hamied argues in such cases of communicable diseases, generic makers should be allowed to produce copies of patented drugs and vaccines on payment of a royalty. If India did not grant compulsory licenses, Hamied says, Cipla would set up factories in the least developedcountries where product patents will not apply until 2016. “We have already set up a factory in Uganda and we are starting one in Morocco,” he says.