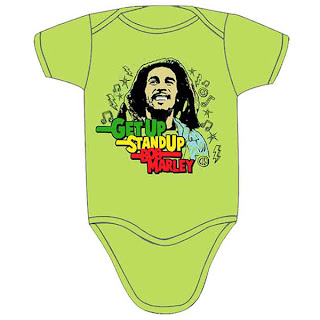 In what could prove to be a landmark victory to indigenous communities and holders of TK worldwide , a South African community is all set to launch a a patent war against the German drug maker Schwabe Pharmaceuticals for alleged biopiracy of its TM. This case popularly titled as the ‘Pelargonium Patent case’ has South African lawyers and environmentalists taking on Schwabe Pharmaceuticals at the EU patent office in Germany this week.

The Alice community, living in the Eastern Cape area of South Africa, in close collaboration with the African Center for Biosafety and supported by the Berne Declaration (Switzerland), the Church Development Service (Germany) and “Kein Patent auf Leben” (Germany), has challenged two European patents granted to the German company Schwabe Pharmaceuticals. Both patents are based on two pelargonium species that occur in the wild in South Africa. The Patents are seen as an illegitimate and illegal monopolisation of a genetic resource from Southern Africa and the traditional knowledge of the communities in the Eastern Cape Province of South.

This is the first time that a South African community has challenged a patent of its traditional knowledge.

It is claimed that Schwabe Pharmaceuticals has patented the extraction method used to dilute the active ingredient of Umckaloabo, also known as Pelargonium, used as a traditional medicine in the Eastern Cape and parts of Lesotho.The company has also patented a formulation based on the plant extract to treat HIV/Aids-related illnesses.

The Alice community is demanding that the patents be withdrawn, due compensation be awarded and the species be restored back to the community. ‘Our Knowledge not for sale ‘ they cry!

Back home, recent reports highlight a similar plight that besets the tribe Nagaland.NGOs working in this area claim that pharmas are engaging middlemen to plunder their bio -resources. These modern day Ghazni Mohameds’ are walking away with rare medicinal herbs orchids and other endangered species originating from the region claim activists. Native varieties of plants such as species of the ginseng,taxus baccata a plant used in cancer medication, and more recently the high value paris cordiflora , all of them have fallen prey to the menace of bio-piracy. Most of them are smuggled to neighboring Myanmar and then find their way onwards. The biopiracy activity here has acquired hues of organized crime.

Recent developments indicate that the TK debate is widening in context and strength. It just seems imminent that we take the debate to the next level. Up until now we have largely examined TK issues through the bio-colonialism and bio-imperialism lens.
Passage of time has added new dimension to the debate……the ravages unleashed on our ecosystem by desertification, climate change and other environmental crisis’;biotech advances and novel application of bio resources in drug development, all of these would have to be compounded into our current day Tk debate.

Are we to continue hovering around the rather circuitous question of whether patents exploit traditional knowledge.Are patents the crux of Tk issues , or is ABS(access and benefit sharing) the larger concern. The answer perhaps lies somewhere between the two…..equity and moral underpinnings underlie both.

Arriving at an equipoise is likely to be as challenging…..perhaps assuming a broader approach that conservation and optimum utilization of Mother Earths’ resources is a collective responsibility may throw up some rainbow hues to the TK debate and elevate us from a redundant monochrome dialogue!