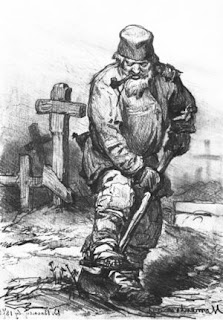 In a previous post, Prashant highlighted a recent bill proposing the creation of a national biotech regulatory authority (NBRA) and noted:

“The NBRA Bill confers upon the regulator the power to regulate research, manufacture, import and marketing of genetically modified organisms. As of now the entire process relating to the regulation of genetically modified organisms is quite ad-hoc and it is exactly this problem that the NBRA seeks to solve by providing a single window clearance mechanism. ”

SpicyIP recently spoke with an expert in this area, Dr Sivaramjani Thambisetti who teaches IP at the London School of Economics (LSE). Her profile can be found here.

Siva was kind enough to share a letter that she had written to the Ministry in this regard, advocating that the “morality” bar to patenting be resuscitated and that the proposed NBRA be permitted to assume an active role on the “patenting” front. For a background to the morality exception in India, I reproduce below portions of an earlier draft of an article that was finally published in the IPQ (a copy of which is available for free download here).

“Rights from its inception in 1911, the Indian Patent regime has always had a ‘morality’ exception. Section 3 (b) of the Patents Act articulates this exception as any invention, ‘the primary or intended use of which would be contrary to law or morality or injurious to public health.’

…there appears to be only one unreported instance of the use of this exception by the Indian Patent Office. The invention in this case related to medicinal powder prepared from skeletal remains of dead bodies dug up within a week of burial. Digging up graves for profit- oriented purposes was seen as highly objectionable by the patent office.

In the light of the above, one may be tempted to relegate the morality exception to something of a non-starter. However, it is important to remember that this exception was dormant in most other regimes and triggered off mainly when confronted with biotechnology applications. In the Indian context, the patent office screened out problematic biotechnology applications using a constricted definition of manufacture, internal guidelines, delayed examination tactics etc. With most of these grounds no longer available, it is quite possible that the patent office may now turn to the morality exception.”

Siva’s scholarship and teaching focuses on the legal regulation of biotech inventions (specifically in relation to patents)–SpicyIP therefore hopes that the government gives serious consideration to the views of this expert.

The National Biotechnology Regulatory Authority’s Mandate Must Include Powers under S 3(b) of the Indian Patents Act: Expert Submission on Proposed National Biotechnology Regulatory Act
I am a lecturer in law from the London School of Economics . I welcome the setting up of the National Biotechnology Regulatory Authority (NBRA) and the process of consulting with stakeholders. After a careful study of the materials made available to the public, I would like to comment on a particular aspect of the draft NBR Act. My comments are based on my study of European decisions on patentability of genetically modified organisms and other genetically engineered products.
The current plan to establish the NBRA is conceived as an umbrella authority to regulate biosafety and patentability issues are not part of the current draft Act. However, I believe the NBRA must take into account specific ways in which biosafety impacts on patentability in order to develop coherent and measured policy that can feed into judicial and patent office decisions. If the Authority is not given a specific mandate on patentability, I believe it will necessitate an eventual amendment to the NBR Act as patent law decisions develop in India.
The provision of the Indian Patents Act that deals with the ‘morality’ and public safety threshold closely mirrors the European Patent Convention. Thus as per s 3(b) of the Indian Patents Act, inventions whose primary and intended use would be contrary to law, morality and public health are not patentable. Till date there are no significant cases in India on this provision, which according to some commentators is in itself surprising.(Shamnad Basheer ‘Policy-Style Reasoning in the Indian Patent Office IPQ (3) 2005 309-323. Available here).

As jurisprudence develops in this field we may expect an increasing number of legal objections to be raised on the patentability of genetically engineered animals or other biotechnological organisms.

The Indian provision is very similar to Art 53(a) of the European Convention which prohibits the patenting of inventions that are contrary to ‘ordre public’ or ‘morality’. In Europe this is a very controversial provision, with phrases in the provision subject to many contested meanings. Major decisions on this provision have included the Relaxin (gene patenting), Oncomouse (Genetically modified animal) and Stem cell (Enlarged board of appeal decision is awaited) decisions. (T 0315/ 03 Transgenic Animals/HARVARD Available here http://legal.european-
patent-office.org/dg3/pdf/t030315ex1.pdf, Howard Florey/Relaxin [1995] EPOR 541, Patentability of Human Embryonic Stem Cells: Amicus Curiae Submission of the UK. See here)
In these cases, major questions of biosafety were part of the decision, albeit to differing extents. My conclusions on the desirability of extending the NBRA mandate specifically in the context of S 3(b) of the Indian Patents Act follows from gaps that have emerged in European Patent Office decisions (EPO).

In Europe, the approach to the interpretation of the ‘morality’ exclusion takes either of two non-exclusive approaches. First is the ‘patent first’, ‘regulate later’ approach. The reasoning behind this approach is that even if a patent is granted on, for example, a genetically modified organism, it is not a license to use, manufacture and sell this organism. (For a similar comment in the US context see, Margo A Bagley ‘Patent First: Ask Questions Later’ 45 William and Mary Law Review 469).

Further, initial patentability quickly sets up expectations within industry both domestic and foreign, potentially creating further barriers to regulation. The second approach has been for the EPO itself to make a decision on biosafety in order to conclude that such concerns need not be a threat to ‘public ordre’ or morality. The obvious objection to this has been the legitimacy of patent examiners making sophisticated decisions on biosafey, a field outside of their normal expertise.

To sum up, a combination of these two approaches results in the EPO assessing biosafety of the exploitation of an invention under ‘morality’ or ‘public ordre’ of Art 53(a), but by and large there is reliance that post-patent grant efficient regulatory authorities will police this aspect of the use of genetic technologies. The above approach has been criticised by academics as being overly dismissive of what could be developed into a strong legal doctrine that deals in a proactive rather than responsive way to dangerous or unsafe technologies. It must also be recognised that the approach of the EPO is fuelled by a generally expansive approach to patentability that interprets any exclusions in the law narrowly.

Given the history of this legislative provision, what can we expect in India and why should patentability become a matter of concern for the NBRA? The Indian legal context is different. There is increasing awareness and willingness to use the language of the law to develop appropriate patentability standards in keeping with the political, cultural and social climate. If the Indian patent office is called upon to make a decision on GMOs and their biosafety under the morality provision, it could result in contradictory approaches that are not in keeping with the latest information on biosafety.

Further, the Indian Patents Act includes slightly different terminology to the European in that ‘public health’ is included. Public health concerns lend themselves to a wider range of biosafety concerns than ‘public ordre’ or ‘morality’ on their own.

The Patent office must be steered to deal with ‘biosafety’ and its rightful legal relevance under S 3(b) of the Patents Act. Therefore the NBR Act should include a mandate to advise the patent office on exceptional or particularly dangerous genetic technologies, at the time the patent application for such technologies are be considered.

Even in subsequent litigation, any court interested in bringing greater clarity to this provision will have to address the question of biosafety. Here again, there must be a role for the NBRA in order to develop consistent, and legally viable strategies. This is a unique opportunity to complement not only the functions of the Indian Patent Office, but also the newly constituted Intellectual Property Appellate Board (IPAB).

The mandate to advise the Patent Office, IPAB or the Supreme Court could take the form of guidelines within the patent examination manual that constantly review and update a typology of technologies that are safe and do not raise new legal or scientific issues. Unprecedented technologies must be referred by the patent office to the appropriate wing of the NBRA for an opinion. Such referral may take place in rare and exceptional circumstances that are specified.

This model, whereby a regulatory body is involved in the patentability process is followed for example in Brazil where the ministry of health has a say in the patentability of important pharmaceuticals. (See for example K Shadlen, ‘The Politics of Patents and Drugs in Brazil and Mexico: Industrial Bases of Health Activism’ Global Development and Environment Institute
Working Paper 07-05. Available here).

This model of regulation is a viable one, as long as the threshold for intervention is kept high and patent examiners are informed of the circumstances under which they should make a referral to the NBRA. Clear guidelines in this respect should not raise any TRIPS-compliance issues. In the absence of such a mandate, any case on the patentability of genetic engineering technologies dealt with under S 3(b) may be swayed either by excessive scaremongering or by an overly lax approach to biosafety.

On the basis of the above, I recommend that a provision on the following lines be reflected in the NBR Act.

‘The Authority will advise the Patent Office and any judicial bodies including the Intellectual Property Appellate Board, on the biosafety of particular inventions on which a current patent application has been filed or whose validity is contested under S 3(b) of the Indian Patents Act. Such an advisory role will only be exercised in rare and exceptional circumstances when the exploitation of an invention could potentially endanger public health or safety.

I would be happy to participate further in any discussion on this.