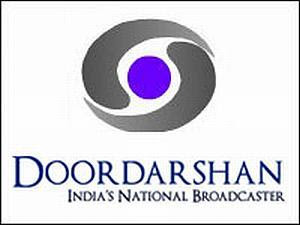 At last, SpicyIP gets to blog even about the Beijing Olympics where has had a record tally of three medals this time. Of course its not about the medals but the fact that national broadcaster Doordarshan has reportedly issued notice to major Indian news channels for unauthorized broadcast of the Beijing Olympic Games for which only DD has exclusive broadcast rights in India. DD had paid about $ 3 Million for the exclusive Indian broadcasting rights. Apparently DD had entered into licensing agreements with all the sports channels but had not entered into such agreements with any of the news channels. As per DD’s own guidelines news channels are allowed to broadcast either 10 seconds continuously or 2 minutes for an entire day. However I remember viewing the entire opening ceremony on one of these non-DD news channels (you know who you are!). The BS reports that DD has actually secured an injunction from the Delhi High Court requiring all news channels to abide by DD’s guidelines. (will give the link to judgment soon as I find it). For the violations so far DD is going to be claiming damages.

It is rather (pleasantly) surprising to see a government organization enforcing its rights so aggressively. The news channels for their part can argue the fair dealing exception under Section 52(b) which allows for the use of copyrighted material “for the purpose of reporting current events”. However I doubt whether this provision will be interpreted to read as a blanket exemption and it is more likely that a court of law will read this exemption in light of DD’s own broadcast guidelines for news channels. It is most likely that the news channels will get away with breaching the guidelines, while broadcasting more than 10 seconds of the medal winning matches, by citing public interest, however, there will still be hell to pay for broadcasting the spectacular (partially doctored) opening ceremony which was one of the most viewed events in the world. The same stands true if any news channel was broadcasting entire events.

Its quite ironic that DD should be suing private broadcasters especially since the shoe has been on the other foot for the last 4 years. Back in 2004 Ten Sports which had exclusive broadcasting rights to some cricket matches refused to share its signal with DD, mainly because DD has an unencrypted signal which would overlap with neighbouring countries and the thereby disturbing the licensing agreements with private operators in those countries. The dispute ultimately ended up in the Supreme Court, which in turn forced Ten Sports to share the signal with DD citing ‘public interest’ since was a cricket crazy nation and more than half the 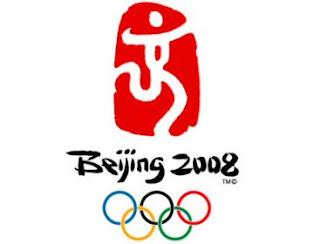 cricket crazy people did not have access to Ten Sports. At the time the Supreme Court had also ordered DD to deposit about Rs. 50-100 crores with Ten Sports for sharing the signal. Such disputes became a regular feature in later years, the most recent one being the Nimbus-DD dispute in 2007. Considering the popularity of cricket in India DD always manages to force private parties into sharing their signal with them. Ultimately the Union Government passed the Sports Act 2007 (Mandatory sharing of signal) which compels private broadcasters to license their broadcast rights to DD in the case of a sporting event of national interest. At one point the royalty sharing agreement was 75:25 with the larger portion going to the private broadcaster. The logic behind such compulsory licensing is that DD is the most accessible network since it has an unencrypted signal and to deprive the people of of cricket would mean sure political suicide. Undoubtedly a populist legislation but justified nonetheless.