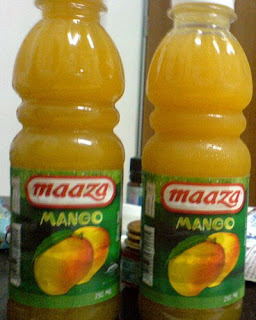 Media reports in the last week seem to suggest that a major trademark battle is brewing between Bisleri and Coca-Cola over the use of the ‘Maaza’ trademark. ‘Maaza’ is one of ’s most popular mango based non-carbonated soft drinks. It competes with two other popular mango drinks – ‘Frooti’ & ‘Slice’ which is owned by Pepsi. Originally ‘Maaza’ was owned by the Chauhan family which at that time also owned other famous trademarks like Thums-Up, Rim-Zim, Goldspot, Limca and Citra. However when Coca-Cola entered the Indian market it bought out all five brands from the Chauhans and initially attempted to kill these desi brands so as to market their  own drinks in the Indian market. The Thums-Up, Limca and Maaza brands however were quickly re-introduced into the market because of their widespread popularity in the rural markets.

The FT reports that Coca-Cola had initially registered the ‘Maaza’ trademark in European countries so as to market the drink in those countries. However the Chauhan family which now owns Bisleri International claims that the agreement to hand over the ‘Maaza’ trademark to Coca-Cola was limited only to the Indian market and that Bisleri still has the international rights to the ‘Maaza’ trademark. The Hindu reports that Bisleri has in fact already entered into franchisee agreements with European companies and has started selling ‘Maaza’ in . Since Coca-Cola’s move to register the Maaza trademark in has directly threatened Bisleri’s commercial interests in , they have sent a legal notice to Coca-Cola alleging that the initial agreement has been violated by Coca-Cola’s actions and have claimed upto $50 million dollars in damages for the alleged infringement. Bisleri has also threatened to file for cancellation of the ‘Maaza’ trademark in . The FT reports that Coca-Cola has withdrawn a number of trademark applications for ‘Maaza’ in . It remains to be seen whether this placates Bisleri. If not the matter could be headed for arbitration.