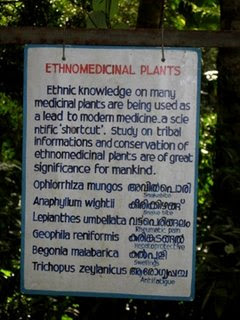 The Hindu recently ran an interview of mine on Indian IP and Innovation Policy.

I argued that India needs the following:

India needs to have a more holistic approach to innovation policy than the piecemeal approach thus far (mainly centering around specific IP legislations and often forgetting that IP is but a tool to incentivise innovaiton/creativity and not an end in itself).

We need to stop framing our debates only around pharmaceutical patents. IP and innovation and not only about pharmaceuticals! More importantly, we need to make our IP/innovation regimes more inclusive by catering to the innovative/creative classes that reside in our villages (recall Gandhiji’s famous remark that the real India lies in her villages). And to this extent, we need to tailor our regimes to go beyond formal IP sectors and encompass the “informal” sectors as well.

A paper that I am working on currently will deal with what I call “Informal IP” and suggest strategies for a more inclusive IP/innovation policy that will focus on India’s informal sector (villages, indigenous tribes, school children, housewives, garage inventors etc etc). After all, as Barbara Harris White’s excellent scholarship reveals, the informal economy of India constitues roughtly 88 % of our total population and generates 90.3 per cent of all livelihoods in India and 60 per cent of the country’s net domestic product. (more than 74 per cent of India’s population live in its villages). Interestingly, the legendary Singapore leader, Lee Kuan Yiew thinks that our focus on villages is misplaced and that its time to give up on Bapu’s “India lives in her villages” theme.

III. Towards a “Neem” Revolution

We need to focus more on our traditional knowledge (particularly traditional medicine) sectors. This will benefit the country threefold:

(iii) It will bring wealth to our villages since most of the herbs would need to be grown in these vast stretches of land. Perhaps the next round of cash crops would be “herbals”. Time to move on from the “Green” to the “Neem” Revolution?

Here is the full text of the interview for those interested. But first let me thank Ranee Kumar for posing these very thoughtful questions, which enabled me to answer the way that I did and highlight these perspectives that are close to my heart. Ranee is an ardent believer in Ayurveda and is also currently helping artisans from a village in Andhra Pradesh register a geographical indication.

Q. Could you introduce us to patents and give us a brief overview with regard to India?

Ans. Patents are a tool to incentivise innovation and provide a limited monopoly of 20 years to any inventor who discloses something new, non-obvious and useful to the society.

Contrary to popular perception, India had a pharmaceutical product patent regime since 1911, thanks to the British and their propensity to gift colonies with laws/policies that were similar to theirs. And yet, this gift did not help create any indigenous pharmaceutical industry in India — not very surprising, given that most countries need to imitate first before inventing and strong IP regimes stand in the way of permitting such imitation. This colonial regime also resulted in extremely high drug prices. Independent India was therefore keen on breaking away from its colonial past and putting in place a regime that reflected ‘national’ interest. A committee headed by a sagacious judge, Rajagopala Ayyangar, undertook a quick survey of patent regimes the world over and found that most industrialised nations began by installing regimes that permitted some level of technological imitation. It also found that the chemical industry in India had the potential to reverse engineer drugs. It therefore recommended the abolition of product patents and the introduction of process patents for pharmaceuticals. As process patents are weaker than product patents, the idea was that such patents would not prevent the domestic industry from reverse engineering existing drugs and manufacturing generic versions. The success of the Indian generic industry today is testimony to the far-sightedness of Ayyangar’s policy.

Q. So, after all these years of copying, are Indian companies in a position to create new drugs? Should we now strengthen the patent system to encourage more innovation in this regard?

Ans. This is an excellent question and makes us revisit an important assumption: do patents incentivise innovation and if so, to what extent? At least for pharmaceutical patents, most agree that some degree of exclusivity works as a good incentive for pharma companies to pump in millions of dollars into drug development. However, every country needs to calibrate pharma patent protection depending on its national priorities, since such patents have the potential to impact access to drugs and public health. Section 3(d) is in many ways an example of such calibration, and reflects India’s attempt to minimise the impact of product patents by granting it to only those substances that are truly “inventive”. Secondly and more importantly, we need to appreciate that innovation is not about intellectual property alone, but is dependent on a host of other factors such as levels of skill/education, infrastructure, venture capital funding and the like. In other words, a mere strengthening of the patent regime would not enable Ranbaxy and Dr. Reddy’s Laboratories create new drugs. Rather, unless they inculcate skills that go beyond reverse engineering, build adequate technological infrastructure, and procure plenty of financing, they will never be able to come up with a new drug.

Q. So, you advise a holistic approach to innovation?

Ans. Absolutely. Rather than the piecemeal approach that has hitherto been the norm, India needs to work towards a comprehensive and holistic framework for encouraging innovation. Perhaps the time is ripe to constitute another ‘Ayyangar’ like committee to help us determine what an optimal patent/innovation policy should look like in today’s “knowledge economy”.

The government is slowly taking steps in the right direction. Recently, it unveiled the “Innovation Act”, a policy measure aimed at creating more “innovation zones”. This comes close on the heels of CSIR’s (Council of Scientific and Industrial Research) bold experiment to use open source norms to speed up biopharmaceutical drug discovery; a move that casts some doubt on the oft repeated proposition that more innovation can only come with more patents.

Q. What are some of the measures India ought to put in place for a healthy innovation/patent policy?

Ans. First, we need to go beyond “pharmaceutical” patents. Yes, pharma patents are important, but we appear to be framing our entire intellectual property and innovation debate around pharmaceuticals alone. Let’s examine our other sectors such as software, electronics and biotechnology and ask as to what policy norms need to be evolved to encourage more innovation in these sectors.

Secondly, we need to appreciate that creativity and innovation is not a prerogative of the rich. Rather, plenty of innovative/creative ideas come from the rural poor. And if we’re serious about an “inclusive” model of development, we have to find ways to leverage the innovation potential of our villages and create wealth for them. Gandhiji once famously remarked that the real India lives in her villages. Let’s follow Bapu’s lead and strive towards an inclusive “Gandhian” model of innovation and intellectual property. Thirdly, we must find innovative ways of leveraging our ancient wisdom. The limitations of Western medicine are causing a number of foreigners to flock towards alternative Indian medicinal systems, such as Ayurveda. Unfortunately, we’ve only had a mere reactive strategy to this ancient wealth, spending huge resources in foiling attempts by foreigners that sought to patent our traditional remedies such as turmeric. Little wonder then that the Chinese are way ahead of us in this game, exporting much more herbals to the Western markets than we do.

We need to immediately come up with policy norms to encourage the growth of traditional medicine: something that will not only bring in wealth from international markets, but will also help lower our own public health expenditure and bring in revenues for plenty of villages, from whence the herbal ingredients used in most of these medicines would need to come.

It is rather paradoxical that India expects the international community to readily accept norms governing the protection of traditional knowledge, have not so much as worked out a domestic regime in this regard. One must remember that TRIPS (Trade Related Aspects of Intellectual Property Rights) was shoved down the throat of many unsuspecting developing countries only after its developed country proponents had carefully crafted their own domestic regimes.