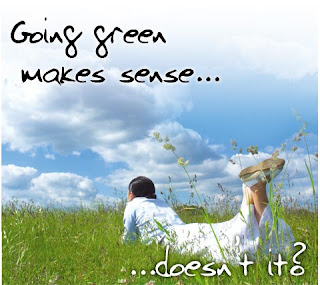 Quite clearly the hue of the season, much Green was seen in the otherwise gray horizon of the last year-the green bill may have withered, but in sharp contrast green medicine, green gold green fuel, green food was quite the buzz and trendsetter of times to come.

I quite perceive this as going back to basics, a bid to derive strength from within and around; to wade through what was a challenging year in more ways than one, to rely on traditional ways of living and being. …’from the tech back to the tree’ if I may say so!

India has been rated as one of the most resilient of economies drawing from its innate strengths and resources amidst this all. One has also seen the country building on its green strengths, more particularly in its TK /TM drive.

The National Knowledge Commission unveiled its ambitious agenda towards fostering the indigenous med industry, policy debates/ legislations and sui generis TK legislations feature in mainstream debates, and infrastructure building initiatives is at an all time high.

Interesting business trends signal the emergence of sunrise industries that seek to capitalize on green India’s’ reserves of ethno botanicals.

The Pharma Industry is waking up to the huge potential of the natural drugs that is considered to be the next gen pharma minefield. Both natural block buster essential drugs and the neutraceutical drug segment look to be promising revenue grosser for the country

The global nutraceuticals market, comprising two principal segments — dietary supplements and functional foods — is poised to grow at a compounded annual growth rate (CAGR) of 6.1 per cent during 2000-2010. Sales of nutraceuticals are projected to reach $187.4 billion by 2010 against an estimated $155.9 billion in 2007.

Natural drugs, especially of plant origin, are expected to play a major role in the healthcare program in the 21st century

“The revival of interest in plant-based drugs and other herbal products is mainly because of the widespread belief that ‘green medicine’ is healthier than the synthetic products,” said veteran scientist P Pushpangadan in a paper titled ‘Health Food and Neutraceutical – Traditional Wisdom’.

The preference for green food and medicine has resulted in the rapid growth of plant-based drugs, pharmaceuticals, nutraceuticals, functional foods and even cosmaceuticals

A few months back I was prescribed Ashawagndha supplements by my Ayurvedcic practitioner. Not knowing what it was I set out to do my own little homework. On discovering that Ashwagandha is the innocuous Indian Cherry touted to be the Indian Ginseng and a potent stress buster, I was reveling in the wonders of Indian medicine, when I chanced upon this information that took me by surprise.

The USPTO and the JPO had generously doled out patents for this herb which was so explicitly labeled as the Indian Ginseng. The Company Natreon that held the patent was incidentally having a field day exploiting not only the Ashwagandha but other precious Indian herbs the Amla (Indian Gooseberry)the Shilajit et al.

A press release on the company website states that ‘Natreon’ plans to take the functional extracts to Asia, came across as too much of a paradox. Effectively what this means, is that having learnt of the medicinal properties of these herbs from our indigenous medicinal system that’s about 5000 years old, they plan to resourcefully re-label them as functional foods and resell it in the Asian markets. I am tempted to quip’ that this akin to selling peanuts to the monkey itself’ Is anyone talking of benefit sharing and TK here at all !
Delving deeper, I learnt that a slew of patents for had been granted to a wide variety of Indian botanicals ranging from the Karela, Jamun (for its anti-diabetic properties), ginger, and the bitter gourd as early as 2001.
The Neem, Haldi, Basmati saga pales in comparison. The ravages on the Indian flora apparently were more rampant than what has been perceived.

A lone crusader Vandana Shiva attempted to counter this menace in court then, albeit inconclusively .Merits serious questioning if these PILs’ need to be brought out of the dusty archives of the court houses and taken to the forefront, given the fact that India is keen on promoting its TK image in the international market place.

International Courts too tend to favor the vigilant stakeholder .As Shamnad rightly pointed out in his interview a reactive strategy may just not suffice to nurture or insulate our TK.A pre-emptive strategy seems to be more the need of the hour.

Drawing from an international case study on canalsing TK wealth back to its origins, the Hoodia of South Africa is an illuminating example for our learning.. The Hoodia shrub of South Africa has been traditionally used by the Bushmen of Africa for its hunger reducing properties.

Companies like Unilever and Phytopharm who tried to tap into its health related benefits and commercialize it were negotiated into signing tight benefit sharing agreements India’s’ TKDL has worked to lend credibility to India’s’ TK. Its time next to commence an initiative linked to the TKDL that provides for the creation of a TK fund and a TK watchdog before India’s’ biodiversity, TK wealth / knowledge runs dry and the green turns arid.