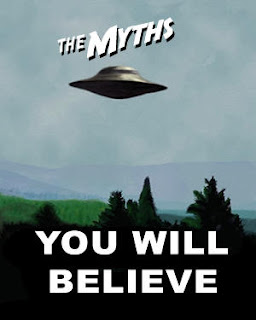 While I would agree that there is confusion about what Carlos Correa said, meant, was reported to have said, etc. I would request you to see whether the following part of the Editorial also merits a comment:

“The Mashelkar committee’s conclusion on micro-organisms — that their exclusion from patent protection would be violative of Trips — is equally contentious. The relevance of micro-organisms goes beyond the pharmaceutical sector to encompass, among others, agriculture, to improve the ability of crops and livestock to withstand pests and diseases. These microbes, billions in number, are an endowment of nature, and not the result of human endeavour. Their discovery or isolation should not, therefore, be entitled to statutory safeguards unless they have been significantly altered through human intervention.

Two arguments weigh in favour of dumping the Mashelkar report. First, its integrity is in question, on not one but two counts. And second, the pharmaceutical industry globally has been finding it increasingly difficult to come up with new molecules and breakthrough drugs; they have resorted therefore to extending the life of old patents by making minor changes to existing products. There is little or no public benefit from such activity, all that results is an increase in the price of drugs.”

(All emphases added by me)

As you can see, two separate statements are being made:

On desirability or otherwise of allowing patenting of micro-organisms, which is indeed not a settled issue on philosophical grounds (and perhaps on economic considerations as well, in a developing country, subject to being boxed out of knowledge goods)

On reasons for dumping the Mashelkar Report – Dr. Mashelkar has been a stalwart but has also committed a few rather embarrassing mistakes (The rather sordid Casablanca episode comes to mind where he almost ended up committing India to a rather insidious and devious design to dump her interests on TK and Patents). His credibility did take a beating even in the matter pertaining to two cases of plagiarism.

In addition, I do not see any sensitivity analyses being conducted on the economic ramifications associated with accepting the recommendations. In fact, I have always found absence of such analyses most surprising especially because the laws of IPRs are essentially economic in nature and thus cannot be seen to have a life of their own based solely on legal semantics. TRIPS itself is a legal document of an economic activity.

On a more practical consideration also, we may perhaps be better off being taken to the Dispute Settlement Body and fight for the continuance of our extant provisions than to acquiesce into changing our laws unilaterally (especially when we do not know if the extant provisions are damaging to our own local interests).

Perhaps our debates on such issues need to be based also on a more pragmatic ‘Where do Indian interests lie’ approach.

I REPLY TO HIM AS BELOW:

“Thanks very much for reacting to this. I think your reply really underscores an important point:

I have failed miserably in communicating the essence of the report and what it stands for. I know that vested interests conflated issues and confused the public with a view to discrediting Dr Mashelkar at any cost. I was under the impression that I did a fairly decent job of deconstructing the several issues that this controversy threw up, but your response tells me that my impression is a sadly mistaken one.

This is not to elevate myself to some grandiose position of the “clarificator” (if you will) –but only in pursuance of my commitment to run a blog that seeks to undertake some fair and relatively objective analysis of IP issues. Let me now respond specifically to each of your concerns:

You note as below:

“On a more practical consideration also, we may perhaps be better off being taken to the Dispute Settlement Body and fight for the continuance of our extant provisions than to acquiesce into changing our laws unilaterally (especially when we do not know if the extant provisions are damaging to our own local interests). Perhaps our debates on such issues need to be based also on a more pragmatic ‘ Where do Indian interests lie’ approach.”

Section 3(d) vs The Mashelkar Mandate

In several earlier blog posts, I’ve tried really hard to highlight the fact that the Mashelkar mandate was never to examine the TRIPS compatibility of section 3(d) or any current provision of Indian patent law. Rather it was to examine whether a proposed amendment to the existing 2005 Act that excluded all incremental inventions as a whole, without studying their individual merits, would have violated TRIPS.

The committee rightly concluded that such an amendment (which goes far beyond our existing section 3(d), which at least grants patents to those incremental inventions that demonstrate significant efficacy) would be likely to violate TRIPS. As you know, Article 27 of TRIPS clearly states that patents have to granted, without discrimination, to all inventions, in all fields of technology. Neither the Doha Declaration nor Section 8 nor any of the other provisions in TRIPS can derogate from this clear mandate.

More importantly, the Committee’s mandate was never really to address “national” interest issues, but only to examine the issue from a TRIPS standpoint. Of course, one may question the wisdom of having 3 eminent scientists (Dr Mashelkar, Dr Govardhan Mehta (ex Director of IISC) and Dr Asis Datta (former VC of JNU)) in a committee constituted to undertake a strictly legal “TRIPS” issue. Sadly, this issue was never raised (barring on this blog)…and I think this question ought to have been posed.

Having said this, the committee did have two legal experts (Dr Madhav Menon and Dr Moolchand Sharma) and I assume they’ve really applied their mind this time around after the current controversy.

Viewing this from a pure TRIPS standpoint, the committee was absolutely right in holding that micro-organisms and pharma incremental inventions cannot be banned outrightly as a class. I am yet to come across any convincing study that argues otherwise.

Will an addition of a ‘sensitivity” analysis or an econometric study, as you recommend really alter a legal conclusion that is but evident from a plain reading of Article 27? I think not. As you will appreciate, in view of Article 27 (3) (b), it is well nigh impossible to find in favour of a law that outrightly bans patents on micro-organisms.

This does not mean that all micro-organisms can be patented. Rather countries can tailor their existing patent doctrine to limit the grant of patents to only genetically engineered micro-organisms (as Brazil and Argentina appear to do). And not to micro-organisms that are merely isolated. But this is very different from excluding micro-organisms altogether. And the Committee does echo such a sentiment by concluding that:

“The TEG has concluded that excluding micro-organisms per se from patent protection would be violative of TRIPS Agreement…. The group’s conclusion is based on the requirements of Article 27.3 of the TRIPS as articulated in 5.23 above and the provision of Indian Patent Act (Section 3 (j)). However, strict guidelines need to be formulated for examination of the patent applications involving micro-organisms from the point of view of substantial human intervention and utility.”

As for the other “personal” issues that you mention (e.g. Dr Mashelkar chairing the Casablanca meet etc), should that really determine the validity of the present conclusions? Can’t we take an issue based approach? For every Casablanca or alleged plagiarism issue, there are hundreds of other instances where this man has furthered the cause of Indian science, technology and innovation, than all of us put together.

More importantly, please remember that the Committee has other members as well who are reputed thought leaders in their domain. Are we to assume that they haven’t bothered applying their mind to this issue—particularly after the last controversy erupted.

As for the plagiarism issue, I’ve always maintained that plagiarism connotes a dishonest intent to hide the source. The committee did no such thing with my work. They may have failed to attribute it in the closest footnote to their text—but they did include the entire text of my submission to their report—which makes clear that the place where they got the allegedly “plagiarised” portions was from my submission. As this wikipedia entry correctly states:

“The controversy got highlighted in the media, since some of the text in the report was reported, without attribution to the original source, especially that of Prof. Shamnaad Basheer. There was an accusation of plagiarism. This accusation was highlighted through two editorial pieces published simultaneously in the Times of India[10] and The Hindu.[11]

According to Prof. Shamnaad Basheer, this allegation was unfounded. As cited on his blog he wrote “It is unfortunate that my blog has been selectively quoted to support allegations that the Committee ‘plagiarised’ from my report. This is not correct, as amply borne out by the last sentence in the blog: “To be fair to the Committee, they did include the crux of my submission in an Annex to their Report.” In other words, the Committee did include the key points in my submission as an Annexure, as they did with every other submission (about 24 in all) that was made to them. Merriam Webster defines ‘plagiarising’ as “presenting as new and original an idea or product derived from an existing source.” Those with the patience to read the entire report including the Annexures would have gathered that some of the Committee’s observations were borrowed from my report and not ‘plagiarised’.

Plagiarism was just a convenient (and perhaps “dishonest”) tool used by some to discredit Dr Mashelkar. Note this sentiment in this “Nature Medicine” piece by one of India’s leading science journalists, TV Padma:

“In the meantime, the plagiarism charge has proven useful for activists trying to discredit the report on grounds of bias. “The public can understand plagiarism better than intricate intellectual property issues,” says Mira Shiva, board member of Health Action International-Asia Pacific, a non-profit global network working toward equitable access to medicines.”

However, blame must lie where it is due. As I’d noted earlier on this blog, the committee consisting of reputed experts simply failed to deliver a well researched report. The report was poorly reasoned and shoddy. Now that those issues have been taken care of in the revised report, why are we still taking issue? What kind of an axe are people really grinding here?

In any case, does any of this really affect the substantive conclusions arrived at by the Committee? Have you seen any convincing study that argues in favour of the TRIPS compatibility of India’s proposed statutory exclusions that were referred to the Committee? I haven’t.