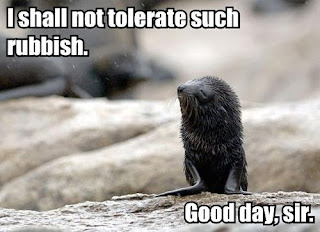 After the rather curious note in the Business Standard suggesting that Professor Correa is miffed over the apparent “mis-quote” of his statements by the Mashelkar Committee in their revised report, the Business Standard (BS) now carries a terribly misguided editorial.
I’m not sure if this editorial was motivated by forces that wish to engage in a further character assassination of Dr Mashelkar and bring him down at any cost…however, what is obvious is that this editorial represents a real “low” in journalism. Not only has the author not bothered to understand the fundamentals of patent law and TRIPS, he/she has based their entire argument on a questionable initial report, which failed to reproduce any part of the alleged email sent by Prof Correa.

As a first step therefore, the Business Standard (BS) should immediately make available a copy of the email that Prof Correa sent them. Else, Prof Correa should make this available to settle the matter once and for all.

As I’d demonstrated in an earlier post, unless “Indian English” is drastically different from “Argentine English”, Prof Correa’s governing philosophy of TRIPS interpretation in relation to the categorical exclusion of any pharmaceutical categories from patentability is in consonance with what the Mashelkar Committee has opined. If what the BS states is indeed true, I fail to understand why Prof Correa takes issue with being cited by the Committee.

“Even as the government accepts the revised report of the technical expert group on patent law issues, headed by RA Mashelkar, a key conclusion of the group has run into fresh controversy over the reasoning on which it is based.

A globally-acknowledged Brazilian patent expert, Carlos M Correa, who has been quoted in the report to support the group’s contention that patenting cannot be limited to new chemical entities, has disclosed that his views have been misinterpreted. This is an even more serious charge than the previous one (of plagiarising paragraphs from other documents to protect the commercial interests of multinational drug companies) that had forced the group to withdraw its original report. Regardless of how the group or its chairman responds to this allegation, the matter is serious enough for the government to take note; it should revisit its decision to approve the report.

The issue before the group was whether it would be compatible with the provisions of the global agreement on trade-related intellectual property rights (Trips) to limit patents for pharmaceutical substances to new chemical entities. (The other issue referred to the group concerned Trips and the exclusion of micro-organisms from patenting.) The group held that India is obliged to extend patent protection to incremental changes made to known medical entities which have significant therapeutic value. It argued that limiting the patentability of pharmaceutical substances to new entities amounts, prima facie, to ‘statutory exclusion of a field of technology’, which was not Trips-compliant.

Mr Correa, on the other hand, feels that WTO-member countries enjoy flexibility and can deny patent protection to incremental innovations in pharmaceuticals that are non-inventive but the result of routine experimentation and known techniques.”

Duh? No one in their right mind would ever advocate the grant of patents for “inventions that are non-inventive, but the result of routine experimentation and known techniques”. And the Mashelkar committee is no exception.

Despite this fundamentally flawed understanding of the issue, the author goes on to recommend that the Mashelkar findings be dumped! Perhaps its time to dump a newspaper that publishes editorials that challenge our intelligence.