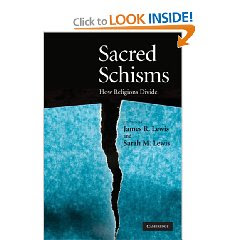 Soon after the Ranbaxy Daichi merger was announced, I had written an op-ed in DNA, commenting on the emergence of a likely “Ardhnarishwar” model in the Indian pharma industry. As a follow up to this story, the Mint carried an edit of mine in today’s paper, as below:

The End of a Drug Alliance

“The Ranbaxy-Daiichi merger in June 2008 heralded the onset of what one might call an “Ardhanarishwar” model in the Indian drug industry, where innovator companies (creators of new drugs) and generics manufacturers came together in holy matrimony for the first time. The recent past has witnessed more such alliances, with companies such as Shantha Biotech, Dabur Pharma and Wockhardt tying the knot with multinationals, which wished to ramp up their generic capabilities. Most recently, the industry is abuzz about GlaxoSmithKline circling Dr Reddy’s to pick up stake.

The mergers appear a win-win situation for both generics companies and innovators. For one, given the recent push by most governments to reduce healthcare costs, multinational innovators get to partake in an ever lucrative generics pie. As far as Indian companies are concerned, the hope is that such unions will make them more innovative.

However, an oft-ignored consequence of such mergers is the likely impact on patient or public health groups. Ever since 1970, when India resolved to bolster its generic capabilities by denying product patents to pharmaceutical inventions, public-health groups and the generics industry have coalesced in their fight against multinational patentees. Not too surprising, since the regime shift in 1970 was premised on the assumption that creating a vibrant generics industry would also result in a reduction of drug prices and thereby benefit patients.

The recent past is, however, witnessing an increasing schism between the interests of the generics industry, on the one hand, and that of patient groups. The advent of the World Trade Organization’s Agreement on Trade-Related Aspects of Intellectual Property Rights (TRIPS) and the consequent pressure to conduct more research and development to survive in an increasingly competitive world market may have prompted part of this schism. Indeed, even prior to its merger, Ranbaxy was speaking a language familiar to multinationals—it actively supported the grant of patents to incremental inventions in its submissions before the Mashelkar committee.

This schism is even more evident in the debate over price controls. Illustratively, Cipla is routinely targeted by the National Pharmaceutical Pricing Authority for overpricing its drugs in India, indicating that the interests of the generics industry are not always aligned with that of patient groups.

With Indian generics firms now acquiring dual personalities, and speaking the language of patents and innovation, the number of patent oppositions mounted by generics companies against their innovator partners is likely to decrease. Indeed, a cursory examination of patent challenges filed the world over would indicate that one multinational innovator rarely challenges the patent of another.

It bears noting that the Indian patent regime contains what is probably the world’s most potent and comprehensive “opposition” mechanism, where a patent can be challenged for embodying only a trivial, non-meritorious invention.

A recent study by the author, based on publicly available patent opposition decisions, shows that of the 9,719 pharmaceutical applications filed since 2005, only 34 were challenged in an opposition. Of these 34, patient groups were involved in only three challenges, indicating perhaps that they may have relied on generics companies to take on problematic patents in a vast majority of the cases.

Depending on which side of the ideological fence one is on, the recent alliances between originators and generics could be seen as either “holy” or “unholy”. But what is incontrovertible is the fact that patient groups can no longer rely fully on the generics industry to take up cudgels on their behalf. They have to enhance capabilities and challenge more unsavoury patents to fulfil the mandate bestowed upon them by ailing patients.”