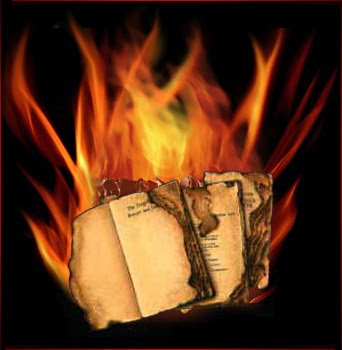 Those of you tracking the latest copyright news might have noted that the Indian Reprographic Rights Organisation (IRRO), a book publishers association, has strongly protested the ongoing Google Book Search (GBS) settlement terms in the US. Indeed, we’re not far from the day when the IRRO will take on Google before Indian courts. And when they do so, they are likely to win, as the Indian “fair use” is worryingly narrower than the US version.
I highlight this controversy in a recent editorial in the Indian Express (IE). In particular, I stress the importance of crafting creative solutions to foster Google’s far sighted project and the promise of a knowledge revolution, albeit with appropriate controls to check any potential abuses by Google. Below is the text of the IE editorial:

“The creation of gigantic knowledge repositories has proved challenging since time immemorial. The fabled library of Alexandria sought to capture the entirety of documented human knowledge, but was unfortunately set ablaze in the first century BC. Closer home, Nalanda’s ancient library met the same fate with “smoke from the burning manuscripts hanging for days like a dark pall over the low hills.”

The latest entrant in this game is quite different, a private corporation, and one that does not fear physical fires. For Google’s information is stored in a medium that fires cannot singe. However, what the search company has come to fear are metaphysical fires stoked by copyright laws.

The Google Book Search (GBS) project seeks to digitise all books that are currently available in the world. Unfortunately, in 2005, Google was sued by a bunch of angry publishers. A settlement is being brokered by a US court — albeit a highly controversial one, owing to a rule that authors have to expressly “opt” out, if they do not wish their books to be part of Google’s mammoth online library.

Since such a settlement is also likely to bind Indian authors qua their copyrights in the US, UK, Canada and Australia, the Indian Reprographic Rights Organisation (IRRO), which represents Indian publishers, recently filed their objections to the settlement terms.

IRRO is also expected to sue Google in India, and if it does so, it is likely to win.

It must be stated at the outset that Google faces no liability for books whose copyrights have expired. However, for copyrighted books, Google is forced to contend with legal issues over three distinct kinds of works: copyright works that are in print, those that are out of print, and those whose authors cannot be identified (popularly referred to as orphan works). Thus far, Google has been scanning such books, converting them to text and indexing them so that contextual information from the book is displayed in response to search queries.

Were one to look for an equivalent in the physical world, one might think of a giant library or bookstore where one could not only browse books but also ask the librarian or store manager a specific query and be referred to the book in reply. In the physical world, the activity would easily qualify as non-infringing, particularly so in India, where libraries do not need to pay any fees to copyright owners, once they have legitimately purchased copies of the books.

However, in the online world, all of this changes owing to the simple act of “reproduction” that occurs whilst scanning the book. Copyright laws prohibit the reproduction of any work without the consent of the copyright owner, barring limited circumstances. One such circumstance is what is commonly referred to as “fair use”.

Under this doctrine, Google could claim that since it provides mere “query”-related snippets from the book and not its entire content, its activities are unlikely to harm the sales of the books. If at all anything, it will lead to increased sales.

Paradoxically enough, India, which often nears the top of the US’ notorious “special 301” list for failing to maintain robust intellectual property protection norms, encapsulates a stricter version of the fair use doctrine and promotes greater rent extraction by copyright owners. The Indian section requires that apart from being “fair”, the activity has to be performed by the user only for his/her private or personal use, including research. It would seem that Google cannot make any personal claims to the noble endeavour of “research”; it merely facilitates this activity by users.

The reason Google is pursuing a settlement despite having a fair shot at the “fair use” exception in the US is that it desires much more access to the copyrighted works than currently permissible under law. In particular, it wishes to provide libraries with full-text access to all of its digitised books — on commercial terms, with the authors sharing in the proceeds received.

As with any other project, the GBS has its fair share of aye-sayers and nay-sayers. Many are concerned, and rightly so, about the concentration of all this knowledge and power in one private corporation. Others hail this as nothing short of a knowledge revolution. Indeed, with all of the worlds’ wisdom a mere mouse-click away, dusty libraries and sweaty afternoons would soon become a thing of the past.

Other benefits include the fact that authors are more easily located and are likely to benefit from greater sales of their books. Perhaps the greatest beneficiaries are the visually impaired, who will gain access to many more digital (audio-enabled) titles, enabling them to participate more effectively in our knowledge economy.

Therefore, courts must find creative ways to ensure that copyright flames sparked by Google’s revolutionary project do not singe, but are stoked in a balanced manner.”