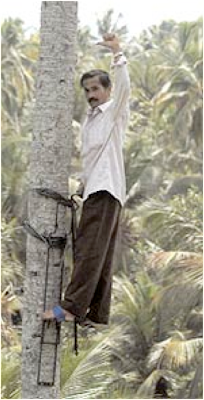 FICCI’s latest newsletter carried an article of mine dealing with grassroots innovation and the need to romanticise innovation. For those interested, here is the text:
“Informal” India and the Romanticisation of Innovation

3 idiots, one of the most tasteful Bollywood flicks this year, was embroiled in a “copyright” controversy involving credits to Chetan Bhagat, the author of the book on which the movie was allegedly based. What has been largely missed, however, is the ‘patent’ significance of the movie. The mysterious Phunsuk Wangdu, played by the inimitable Amir Khan, innovates in his open-air Ladakhi lab and owns over 400 patents!

This imagery will no doubt give patents and innovation a tremendous face lift in India. Particularly so, when most media projections of intellectual property have been far from graceful. Newspaper headlines routinely juxtapose the term “patents” with “murder”, “kill” and “exploitation”. Yusuf Hamied, the maverick head of Cipla, celebrated as a modern day Robin Hood, claimed in a television interview in 2005 that the introduction of pharmaceutical product patents was sure to cause genocide in India! Bollywood isn’t far behind either: in a flick titled ‘Laaga Chunri Mein Daag’, Rani Mukherjee plays the role of a high class escort and defines patents as an extortionist instrument devised by the West to milk developing countries.[2]

Given that ‘3 Idiots’ boasts a more intelligent script and better performances, Wangdu’s character is more likely to resonate in the minds of the average Indian viewer than a sizzling hooker with strong views on intellectual property. It also helps that Wangdu’s inventions did not involve pharmaceutical patents, a species of patents that are highly contentious owing to their innate potential to jack up drug prices and impact public health.

Since 2005, when India was forced to introduce pharmaceutical patents at the behest of TRIPS, most innovation debates in India have been framed primarily around drugs. Fortunately, Wangdu’s character helps in stripping innovation of its problematic drug centric focus. The inventions showcased in the movie did not stem from multinational corporations, but from poor grass-root innovators, as below:[3]

i) Remya Jose (20), a student from Kerala, created the exercycle-cum-washing-machine.
ii) Jehangir Painter (49), a painter from Maharashtra, put together a scooter-powered flour mill to escape the vagaries of Indian power cuts.
iii) Mohammed Idris (32), a fifth-standard dropout and a barber from Uttar Pradesh, invented a cycle-powered horse clipper.

Luckily for these inventors, their ideas were captured and leveraged by the National Innovation Foundation. This organization, the brainchild of Prof Anil Gupta and Dr R.A. Mashelkar, has already compiled more than 1,40,000 innovations belonging to the rural “informal” poor and virtually demolished the assumption that innovation is the preserve of the urban rich.[4]

Unfortunately for the NIF, the Indian legal regime that is meant to engender innovation continues to mainly favour only “formal” innovations emanating from the rich. This is despite the fact that almost 90% of India’s economy qualifies as “informal”![5] For one, the existing patent registration process is beset with considerable uncertainties and costs (including steep attorney fees), making it well-nigh impossible for a number of our informal creative minds to participate in India’s IP regime. Indeed, a number of such innovators have often found that applications drafted personally by them have failed time and again to meet the stringent requirements of Indian patent law.[6]

Not too surprising, given that India hiked up its patentability threshold considerably, owing to adverse perceptions against pharmaceutical patents. While this is laudable from the point of view of preventing pharmaceutical ever-greening and keeping drug costs down, it is a double edged sword, in that it impacts the patentability of a great number of grassroots innovations, many of which are “incremental” in nature.[7] Illustratively, consider the example of the inventor father son duo, the Appachans’, whose tree-climbing device was so attractive that even botanists from the US were interested.[8] Unfortunately, both father and son died within a week of each other in 2008. While the father held the “parent” patent over this device, the son obtained a patent over a slight improvement. The son’s improvement is generally thought to be a “weak” patent, which may perhaps explain the reluctance of the NIF to take on the Kerala state government that has been violating this patent with impunity.[9]

Owing to the rather severe standards that India’s patents regime now represents (at least on paper), a large number of grass-root innovation may find it difficult to make the cut, leading to a wide “patent” divide. Indeed, if “access” to patented goods is the key issue today, the problem of access to the patent system itself will be the issue of tomorrow!

One way out of this quagmire is to devise a patent like system with an easier registration threshold, a correspondingly weaker set of rights and most importantly, lower costs. Commonly known as the utility model system, this regime has found takers in several countries including a competitor that we in India watch very carefully, China. The latest figures reveal that of the 310,771 utility model applications filed in China in 2009, 99.4% were filed by domestic entities.[10] Contrast this with regular patents, where domestic entities accounted for only about 72.8% of the total number filed in that year.[11] The percentage of domestic patent filings when compared to foreign applications is considerably lower in the case of India[12], but a utility model system has the potential of helping reverse this trend.

However, there are variations amongst the various prevailing models and India must work towards a model that caters to the India milieu. The system must be an affordable and easy-to-use one, where grass-root innovators can participate without necessarily approaching expensive attorneys. Further, given that the low threshold for registration is likely to cause a spike in the number of applications, the corresponding set of rights associated with such registrations must be weaker than the patent system.

The author proposes a tentative model in this regard, as below:

1. An easy to use and affordable registration system, where the only criterion for registration is that the applicant discloses a useful “new technical advance” (NTA).
2. A registered NTA is protected only for 5 years. If the said NTA is commercialized within the first 5 years of registration, the rights holder gains protection for another 5 years.
3. All NTA-s are subject to compulsory licenses and can be used by any third party that wishes to make a product based on this right. The third party would, however, have to pay reasonable royalties to the NTA holder, based on a percentage of sales from the product. These reasonable royalties depend on the value of contribution made by NTA to the final product. This way, the granted right does not have a “blocking” impact on future inventions, in the way that a patent allegedly does today.

One might even have an amended version of the above, whereby a prototype or model of the alleged invention is insisted upon before registering the NTA in question. The model is best explained through a hypothetical. Consider an improved water pump that is made by company “A”. Assume that there are 3 NTA’s that are implicated in the creation of this pump. The NTA’s are registered in the name of X, Y and Z, various “informal” innovators. Assume that X’s “inventive” contribution to the pump is 30%. Similarly Y contributes 30% and Z contributes 20%. A’s inventive contribution is 20%. Apart from this, it invests money and other resources in creating a commercialized version of the pump. Let us peg this investment and risk at 50% of the total value of the product. The relative contributions to the total product therefore would be:

The advantage with such a model is that it not only creates more determinacy (as the validity of an NTA is easier to objectively ascertain) but also solves the problem with patent hold ups and thereby fosters greater commercialization of new and valuable ideas. It avoids things like patent trolls and other mystical and mythical problems now associated with the current patent regime. It must be borne in mind that utility model systems in other countries have not always been run-away successes.[13]

But we could at least begin to think along these lines and devise a system that would most appropriately address the Indian milieu. Once grassroots and other informal innovators become familiar with a utility model like system, it may perhaps make it easier for them to gain access to the tougher patent system. In other words, the utility model system has the potential to serve as a “stepping stone” of sorts for such informal innovators.

The Indian government must also take other steps to romanticize innovation and ensure that it becomes a mantra chanted by one and all. In particular, much like the US, a National Inventors’ Hall of Fame to celebrate India’s most well known inventors, would be an excellent start.

Similarly, we also ought to award national medals of innovation to our most promising innovators. Such awards are statutorily mandated in the US through the AMERICA Competes Act. Although the government appears to have drawn inspiration from this Act in framing a tentative Innovation bill, it surprisingly left out this important feature from the Bill.[14] Only a conscious effort at romanticising innovation will help us in leveraging the one advantage that we have over the rest of the world: a large and creative work force. Bollywood has already taken the first step in this direction by giving us a hero who makes innovation look cool. Can we now leverage this sentiment to ensure that life imitates art?

[1] The author thanks Shouvik Guha for his valuable inputs on this piece.

[4] For details about this organization, see http://www.nif.org.in/ (Last visited February 26, 2010). The objectives of the Foundation include, inter alia, to help India become an innovative and creative society.. and a global leader in sustainable technologies by scouting, spawning and sustaining grassroots innovations . See http://www.nif.org.in/. NIF has 140,000 inventions from 545 districts in its database, generating 220 patent applications in India and one in the US.. See Samar Halarnkar, Innovation Network plans Giant Leap on the Back of 3 Idiots.

[5] “The “informal” economy either lies outside the scope of state regulation, or is officially subject to state regulation but nevertheless does not operate according to the rules that state regulation officially prescribes. In the former sense it is also known as ‘unregistered’, and defined as consisting of firms with electricity but under 10 workers or without electricity and over 20 workers (very rare outside agriculture). See Barbara Harriss White, India’s Informal Economy – Facing the 21st Century, Paper for the Indian Economy Conference, Cornell University, 19th and 20th April, 2002. See also Shamnad Basheer, Creating ‘Informal’ IP Norms.