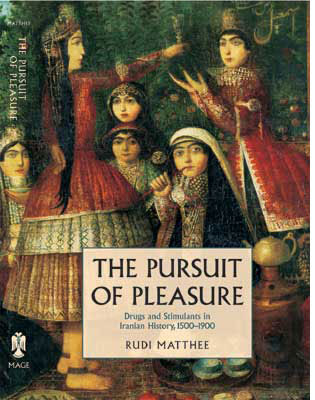 The Parliamentary “Standing” Committee wound up its various “sittings’ on the much maligned Indian “Bayh Dole” Bill and the report is finally out!

The report was recently “laid” on the floor of both Houses of the Indian Parliament, namely the Lok Sabha and the Rajya Sabha. It is now upto the government to either accept this report and frame a new bill or to reject it or even to accept/reject in part. Given that the government was closely co-opted into the redrafting of the Bill, even as the Committee heard depositions by various stakeholders, the chances of the government straying from the Committee’s recommendations are rather remote.

The report is a succinct one that manages to capture the key issues relatively well. Here are some quick thoughts on it:

1. Moving Away from the Pursuit of Pleasure

The Committee expresses its clear intention to move away from the JC Bose attitude that influences many Indian scientists today. And thrusts a more pro patent attitude in their face!

The Committee notes in pertinent part that:

“Yet another issue that India needs to think over is that whether the country should continue to look at science in a traditional manner, i.e., science as a pure endeavour for pursuit of knowledge, for pleasure and for curiosity or we should, in the changed global scenario try to give something back to the society through invention and innovation. By writing papers we can draw solace and satisfaction but cannot provide affordable solutions for the people, can’t expand our manufacturing and increase employment opportunities. So the country needs to consciously think in terms of using science as an instrument of socio-economic transformation or else we are vulnerable to lag behind in the race of all-round development.”

JC Bose had famously expressed very anti patent and anti commercialisation sentiments, preferring that the scientist in the lab concerns themselves with the pursuit of knowledge for knowledges ‘own sake. I quote his words, which expressed whilst opening his institute:

“Through regular publication of the work of the Institute, these Indian contributions will reach the whole world. They will become public property. No patents will ever be taken. The spirit of our national culture demands that we should forever be free from the desecration of utilizing knowledge only for personal gain.”

The committee stresses, though not in so many words that scientists should no longer be coy about making money or personal gain.

The report clearly acknowledges the help of scientists, academics and NGO’s that had been invited to the hearings to give their views. During these depositions, several objections were raised to the first draft of the Bill.

Most of these objections were taken care of thus:

(a). The Committee now stresses that copyrights and trademarks should be out of the scope of the bill. The bill would now include only patents and plant varieties.

(b). The Committee stresses that scientists and institutions would not be forced to patent. But that they could decide this on a case by case basis. If scientists were to forcefully disclose all inventions that they came up with, this would create a bureaucratic nightmare!

(c). The Committee mandates more “transparency” by stressing that that all patents registered by public funded institutions and their licensing deals should be made public. I am particularly pleased with this, as I had argued very strongly for more transparency before the Committee, since this was tax payer money and the tax payer ought to know how these inventions are being appropriated. For those interested, I highlighted this aspect in a recent article (with Shouvik Guha) in the Columbia Journal of Asian law (page 306).

(d). The Committee stresses that the current penalties are too harsh under the bill and this needs to be dumbed down, so that we get a more facilitative framework

The Committee points its guns at foreign entities that are apparently taking away Indian IP from Universities for a pittance. It notes:

“At present in the absence of any protectionary measures and guidance for patents what is happening is that international companies are approaching academic and research institutions and buying their patents. Indian scientists are actually signing agreements with them for Intellectual Property Management. It means that India will pay for the science/innovation while the other countries reap the benefit. Foreign countries are plundering our scientific capabilities and we are helpless.”

In a major victory for public health activists, the government was pushed into committing to a separate R&D Bill that would seek to set norms for prioritising R&D funding in India and fostering more socially relevant innovation. This point was advocated forcefully and quite persuasively by Leena Menghaney of MSF and the Committee and government acceded. The Committee notes:

“In the same meeting the representatives of some NGOs also brought to the notice of the Secretary, DST the need for a separate legislation for regulation of Research and Development. The Secretary, accepted the fact and stated that a separate Bill will be brought out to cater to the requirement of Research & Development so that research on diseases such as Malaria, Cholera, Diabetes, Tuberculosis, etc. could be encouraged and promoted. The Committee agrees to the contention of the Department and recommends that government should bring out a separate legislation on Research and Development relating to the interest of the common man after holding wider consultation with various stake holders.”

5. Indian Universities Will Not Become Cash-Cows!

The Committee makes it very clear to the government that it cannot be foolish enough to expect Universities to generate sufficient moneys out of patenting and licensing that would come about in the wake of this legislation. It notes:

“The Committee notes that para 3 of the Statement forcefully asserts that resources generated out of intellectual property will prompt self-reliance and will minimize dependence of public funded universities, academic and research institutions and other recipient organisations for Govt. funding.

The natural corollary to this assertion leads one to the inference that Govt. gradually but certainly wants to withdraw itself as far as finances are concerned by aiming at making universities self-reliant…. The Committee, however, is of the opinion that such a forceful yet unfounded assertion on making universities financially self-reliant creates a wrong impression. At the same time, Govt. cannot absolve itself of the responsibility to provide adequate fund that it owes towards universities and research institutions. The Committee, therefore, recommends that the relevant paragraph should be suitably amended.”

6. Drawbacks of the Report: Top Down IP Approach

Although I am broadly happy with the Committee Report, let me outline some of my reservations:

(a) The committee is absolutely right that in this global era, India must be serious about bringing about more innovation and products to the market. However, it assumes that a top down legal “patent” approach would solve things. It fails to appreciate that India’s innovation genius lies largely untapped not because of gaps in the law, but owing to a serious “risk” aversion culture! India also lacks venture capital funding and a mature innovation eco-system. We need to address these concerns first and create an enabling eco system for innovation, without assuming that a top down legal approach where scientists are asked to patent will do the trick. More broadly, we need to “romanticise” innovation and innovators. The government should probably commission a Bollywood movie on this theme. And rope in Aamir Khan, who already did his fair bit for promoting innovation policy by playing the inimitable Phunsuk Wangdu with 400 patents! But this aspect may have been outside the remit of the Committee.

(b) The Committee does not take a strong stand on the exclusive vs non exclusive licensing issue, preferring to leave this to the discretion of institutions and to be decided on a case by case basis. The committee ought to have come out stronger in favour of non exclusive licenses, given that this is tax payer money that are funding these inventions and these patents. It is pertinent to note that the US’ NHS expresses a clear preference for nonexclusive licenses. Again, I deal with this aspect in the Columbia piece above mentioned (page 298).

(c) The Committee does not adequately highlight the various highlights in terms of march in rights and other compulsory licensing provisions meant to cater appropriately to “public interest” concerns.

(d) The Committee Report cites Oxford and Cambridge as examples, without realising that the UK does not mandate its scientists to patent. Rather many of them do so owing to the prevalent eco-system. The committee is absolutely right that the scientist in the lab cannot ignore the real work and engage in his/her academic fantasies alone. However, the mistake the committee makes is in assuming that IP would be the best platform for this make over.

It is pertinent to note that the report appears to have omitted the suggested text of the redrafted Bill by the Committee. Apparently, there are 75 amendments proposed by the Committee to the government to be made to the previous (much maligned) version of the Bill.

In all, the report is a welcome one and if implemented in the right spirit, will result in a much more evolved version of the Bill than the previous one.