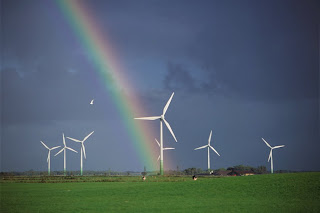 Thanks to Sumathi and the India Kanoon website, we finally have access to a Madras High Court Order which sheds more details on the ‘big-ticket’ Enercon patent litigation taking place before the Intellectual Property Appellate Board at Chennai. The value of the dispute should be in the neighbourhood of $1 billion dollars making it one of the highest valued patent disputes in the country, dwarfing even the pharmaceutical patents by a substantial margin. The Madras High Court order reveals that there are more than 18 revocation petitions before the IPAB, filed by Enercon India, against patents belonging to Dr. Aloy Wobbens, the founder of the German company Enercon GmBH. The Order of the Madras High Court also draws attention to an order of the Company Law Board, in the year 2007, which thankfully lists out the gory details of the genesis of the Enercon litigation.

A. The Genesis of the Enercon Litigation: Enercon GmBH, a German company is the third largest manufacturer of wind turbines in the world and is credited with several path-breaking innovations in the field of wind-turbines. According to the CLB Order, Enercon GmBH entered into an agreement with Mehra Group of Companies in 1994 to jointly incorporate a company by the name of Enercon India Pvt. Ltd. to carry out business in India. The Share Holder Agreement (SHA) entered into between both companies allotted 56% shareholding of Enercon India to Enercon GmBH, with the remaining 44% going to the Mehra Group. On the same day both parties entered into Technical Know-how Agreement (TKA) by which Enercon GmBH was to supply known-how etc. to Enercon India. The Order further states that the TKA after its expiry was replaced by an alleged Intellectual Property Licensing Agreement (IPLA) between both parties. While the Order does not state so, I’m guessing that the IPLA licensed several patents to the Indian company. The company seems to have been doing rather well with over Rs. 4,000 crores on its order books. The management structure of Enercon India, had a Chairperson nominated by Enercon GmBH and a Managing Director nominated by the Mehra Group. The first hint of the dispute can be traced to when Enercon GmBH filed a petition before the CLB in the year 2007 alleging that the Mehra Group, being in exclusive management of the company are guilty of systematic concealment of the state of affairs of the company, financial mismanagement, like indiscriminate borrowings, indiscriminate investments in subsidiaries and associate companies, manipulation of accounts etc., non-supply of required information to the petitioner, the non-payment of royalties etc. etc. Enercon GmBH therefore wanted the CLB to issue directions to the company on a number of issues, the most important being the transfer of the remaining 44% to Enercon GmBH. A crucial factor holding back Enercon GmBH was the fact that the Board of the company was controlled by the Mehra Group despite the fact that Enercon GmBH had a majority share-holding. In any case it appears that Enercon India, in a bid to up the ante, started filing revocation petitions against Dr. Wobben’s patents. Once the company was rid of the patents it would have no IPR rights to assert in India.

B. The Petition before the Madras High Court. The petition before the Madras High Court, was in fact an appeal against an Order of the IPAB, praying for the Madras High Court to issue a writ of certiorari to strike down the impugned order. The IPAB in its Order had dismissed a misc. petition filed by Dr. Aloy Wobbens seeking dismissal of all the revocation petitions filed by Enercon India Pvt. Ltd. on the grounds that the constituted attorney, Mr. Yogesh Mehra, who had signed the revocation petitions was not duly authorized by the Company to file the same. Instead of dismissing the petition, as prayed for by the petitioners, the IPAB sought to hear this issue along with the main revocation petitions and passed an Order to the same effect. (The Order of the IPAB is not available on the internet.) Dr. Wobbens sought to argue that the initial board resolution dated 27.04.2007 authorizing Mr. Mehra to authorize litigation on behalf of the company, was in itself void as a result of the earlier CLB Orders. The subsequent CLB Orders are not accessible on the internet and hence it is not possible to independently assess the content of the CLB’s order. As of 29th October, 2007 however the CLB had not passed any observation stating that the Board Resolution was void.

C. The Madras High Court Order: The Madras High Court dismissed Dr. Wobben’s petition on the grounds that the Supreme Court case law suggested that when there were multiple appealable issues before a Court, all of them must be decided while the suit is being disposed and that the suit cannot be dismissed on the basis of only one issue. Since there were factual issues at disputes the Madras High Court dismissed the petition against the IPAB’s order and instead agreed with the IPAB’s decision to hear the revocation petitions along with the misc. petitions challenging Mr. Mehra’s power to authorize revocations on behalf of Enercon India.

D. Conclusion: Under Order XIV of the CPC a suit can be dismissed on a preliminary issue only if it can be decided on the basis of the law and not any factual enquiry. The implication therefore being that if the preliminary issue involves a factual dispute, the same can be decided only after a factual inquiry, i.e. a trial, wherein all other issues are also decided by the Court. (The CPC is not applicable to the dispute at hand and I have no clue of the IPAB Rules on the point.) Therefore if the Madras High Court and the IPAB were of the opinion that the dispute required a factual inquiry they were completely justified in issuing the orders that they did. It is a different matter that it would be a colossal waste of time & money to have a full blow patent revocation trial to discover at the end of the day that the power of attorney is invalid.