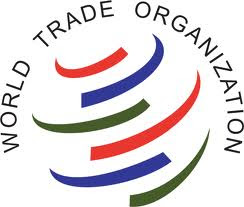 The BS reports today that India may formally approach the WTO Dispute Panel over the issue of ‘in-transit’ drug seizures by the E.U. As reported earlier on this blog India had file a complaint and requested for consultations with the E.U. and Netherlands over the seizure of Indian drug consignments that were transiting through the E.U. to destinations in Africa and Europe. Several other countries like Canada, China, Japan, Brazil etc. had joined these consultations. Normally these consultations are to last for a period of 6 months before either party can formally initiate proceedings before the DSB. Given that India is ready to move the DSB it would appear that the E.U. and Netherlands have refused to amend their laws as per India’s wishes.
Something however seems to be amiss in the Indian complaint to the WTO. As reported earlier on this blog the E.U. had seized over 17 consingments that were in transit. Of these 16 consignments belonged to Indian companies and one belonged to a Chinese companies. However the formal complaint and the request for consultations by India, that can be accessed over here, have outlined only 5 seizures. What happened to the remaining 11? Its more interesting to note that of the 5 seizures listed in India’s complaint, three were made on complaints by Novartis, Sanofi & Eli Lilly. The reason I find this interesting is that the controversial meeting with the PMO which we had blogged about, over here, had representatives from all three of these companies. Mr. Ranjit Shahani, M.D. of Novartis India, Mr. Sandeep Gupta C.M.D. of Eli Lilly & Co. India and Mr. Shailesh Iyengar, M.D.Sanofi Aventis. While there is nothing objectionable with these companies lobbying to protect their interests I think it is curious that the Government is actually allowing them to lobby in India while at the same time aggressively combating their actions on the world stage especially when this dispute could prove to be the stumbling block to the success or failure of the Indo-E.U. Free Trade Agreement, which promises huge benefits to the Indian economy.