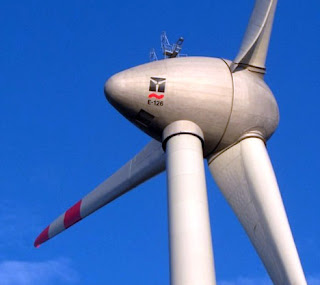 In this present case, while Enercon India is suing for the revocation of multiple patents belonging to Enercon GmBH, the latter has filed multiple infringement suits before the Delhi High Court on the same point. In its application Enercon GmBH has claimed that Enercon India was barred by the ‘Doctrine of Election’ from following multiple proceedings before multiple forums and that it was required to ‘elect’ only one such forum. Justice Bhat however dismissed the application with surprisingly perfunctory reasoning, atleast by his otherwise erudite standards. Recording the reasons for his dismissal Justice Bhat states that patent rights are different from other rights and that the Parliament has consciously provided for multiple forums for revocation and to over-ride those rights by invoking the ‘Doctrine of Election’ would be against the interests of public policy especially since staying the counter-claims for revocations would seriously prejudice the defence in the infringement suits. He also cites Supreme Court case law which states that the ‘Doctrine of Election’ does not act as ‘estoppel’ against the statute.

Could the Plaintiffs have got a stay on the basis of the doctrine of res-subjudice?
I’m a little curious as to why the Plaintiffs did not request for a stay on the grounds of the doctrine of res-subjudice which basically allows for the stay of certain proceedings on the grounds that the same issues, under the same title and parties are pending before another Court. This doctrine is best encapsulated under Section 10 of the CPC which applies to Civil Suits and also Section 124 of the Trade Marks Act which requires trial courts to stay all proceedings in an infringement suit if in case the trademark itself is challenged before the IPAB. Surprisingly the Patents Act, 1970 does not have a similar provision despite providing for a similar jurisdictional framework. Given the unique nature of patent rights and the flexibilities of common law the Court may have been more inclined to stay atleast one set of proceedings on the grounds of res subjudice.

The constitutionality of multiple proceedings
Given the fact that the Supreme Court has recognized intellectual property rights as Constitutional Rights it may bode well for somebody to challenge the constitutionality of the ridiculous jurisdictional scheme of the Patents Act which allows for the same right to be challenged before multiple bodies which in themselves are staffed by differently qualified persons. I had earlier highlighted the nature of such a challenge in a post over here.