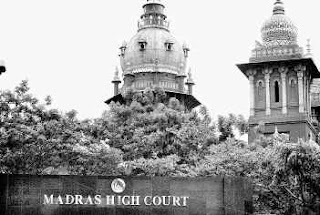 In an order on the last day before the X’mas vacations the Madras High Court admitted the appeals filed by PPL against the Orders of the Copyright Board in the compulsory licensing dispute. We had blogged about this move over here. The radio stations had initially challenged PPL’s appeals on the grounds that the Madras High Court did not have the jurisdiction to hear the appeals. The provision in question, i.e. Section 72 of the Copyright Act, 1957, allows the Appellant to file an appeal against the Copyright Board in the jurisdiction where the appellant is carrying out his own business. In the present case PPL had contended that it was doing business within the Madras High Court. The radio stations tried to oppose this on the grounds that the present appeal should have been filed before the Bombay High Court because PPL had preferred this jurisdiction the previous time they had filed an appeal against a decision of the Copyright Board. The High Court obviously shot down this argument and held that since there was no dispute that PPL was carrying out business in Madras, the criteria of Section 72 was fulfilled thereby paving the way for PPL’s appeals to be admitted.
Image from here.
PPL had also filed an application for a stay of the Copyright Board judgment. The Madras High Court however refused to grant such a stay since PPL was unable to convince it of the need for such a stay.
Surprisingly, the Court also vacated its earlier stay of the Copyright Board Order with respect to its application against SIMCA and Super Audio. We had blogged about the initial stay over here. The surprising factor in this order is its scanty reasoning which is limited to a mere 5 lines. Given the completely different fact situations between PPL’s request for a ‘stay’ and SIMCA request for ‘stay’ the Madras High Court should have passed a more detailed order especially since the Delhi High Court has stayed the operation of the Copyright Board with respect to T-Series which like SIMCA was not heard by the Copyright Board before orders had been passed against it.
Here’s hoping these litigants learn to make love and not war, this coming New Years! We wish our readers a fantastic 2011 – may the force be with you! Don’t drink and drive and oh yes, be safe – issued in public interest.