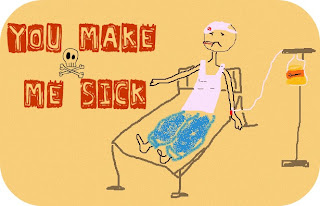 Draft IP chapter made available
The chapter on IP in the draft EU-India FTA has been made publicly available for the first time. As Malini Aisola has pointed out in her blogpost at CIS, the draft shows India’s rebuff of EU’s stand on several key IP provisions. There is a copy of the draft available here for those interested. [CIS-India has also helpfully compiled a chart comparing the language put forth by India and that put forward by EU, available here]. There seems to be a clear difference in position on some important issues. However, there is still a lot of insistence that the agreement will be completed soon (some sources say it will be completed by March, 2011).
(picture credit – Madiha Tallat)
Most importantly, the draft shows that EU is pushing India to accept TRIPS-plus data-exclusivity provisions. More on that in a bit. Aside from this, CIS also reports that the EU is pushing for more radical enforcement mechanisms, including more strict border measures for in-transit goods. For those who don’t see the irony of this demand, the short version is that after much hue and fuss including India and Brazil bringing the dispute to the WTO DSB, the EU backtracked and claimed they would suitably amend the problematic EU Regulation 1383/2003 – and now, they’re asking for more strict in transit regulations, i.e., the same problematic regulations again? If the EU were a person, I’d call him shameless!
What I find slightly confusing is that both parties seem stubborn about their conflicting positions on these (and other) issues, and yet both are apparently insisting that the FTA will be sealed soon. Does this mean that one of the parties is more flexible than it appears currently? Or is this simply optimistic talk about an unlikely deadline? The American Chronicle reports that it seems possibly that the Indian PM is starting to reconsider in order to quickly conclude the agreement. In any case, while this deal on it’s own is certainly important enough for global relevance (its effect on India’s pharmaceuticals would in turn affect the vast majority of the world’s patients that India supplies medicines to), this is also important as this FTA would act as precedent for future and concurrent developed-developing country negotiations and agreements, such as the FTAs that EU is trying to enter with Brazil, Thailand and South Africa.
Back to the data-exclusivity provisions
There is currently a lot of talk about data exclusivity provisions and about how it will affect Indian pharma. DG Shah, the Secretary General of the Indian Pharmaceutical Alliance, in an interview to DontTradeAwayOurLives, gives a very well explained and succinct account of the harm that importing such provisions will create. For those who want to read the whole interview – it’s available here. I’ll briefly go over some of the issues below.
What is Data Exclusivity? How does it differ from patents?
Drugs are required to undergo clinical trials before the public can use them. These trials are extremely expensive, but necessary. This data, gathered from the clinical trials is the subject matter which is ‘monopolized’ by the data exclusivity provisions. Thus, even off patent or generic drugs, which in normal circumstances are just required to show bio-equivalence to the drug which has already gone through approved clinical trials, can no longer use this data to show that they are safe for usage – and thus cannot sell them. This, in effect allows the owner of the data to extend a monopoly over the drug besides the patent – if it (still) exists for that drug at all.

What is the international position on this?
This is clearly a TRIPS plus provision, and as DG Shah has pointed out in the interview, the WTO, WIPO and World Health Assembly have all opposed data exclusivity provisions. However, expectedly, both the US and EU (whose big pharma companies have the most to gain by these provisions) have tried pushing in DE provisions in various FTAs.

How does it affect generic pharmaceuticals in India?
As mentioned above, it allows a second form of exclusion, or monopoly right, over a drug – even if that drug is not patented. This means that the patent term can be in fact, extended. Or where it is a question of an off patent drug, an artificial monopoly period over the drug by submitting the data. But unlike a patent, DE cannot be challenged in a court as there is no provision safeguarding against misuse of DE in any law. It’s almost asking to be abused. Similarly, with respect to compulsory licenses, there is no provision for waiving DE requirements – so this would come in the way of compulsory licensing of pharmaceuticals as well.
In short – it restricts the supply of generic pharmaceuticals further as well as undermines the access part of an effective public health policy.

An effective public health policy consists of balancing drug innovation with allowing for access to these drugs. So the only reason to allow for a compromise (if at all?) on either of these two positions, is if it balances out by at least a somewhat equal gain on the opposite position. But do DE provisions help drug innovation in any way? According to DG Shah, there is absolutely no evidence substantiating this – and in fact, there is evidence against this.

Whether any of this makes a difference to the final terms of the FTA…? Let’s hope so.