The abysmal delays in the granting of patents is not a new tale for India. A recent editorial in the Week puts forth the sorry state of the IPO and the sheer frustration of the inventors.
The report suggests that while about 79,000 patent applications were pending with the Indian Patent Office (IPO), only 16,061 were granted patents in 2008-09. The delay has been largely attributed to the acute shortage of man-power at IPO and not surprisingly, the shortage is literally at every level. Furthermore, concerns have been raised regarding the overburderned IPO as an examiner battles to handle about 140 applications every year as opposed to her/his US counterparts who merely handle 97 applications a year! 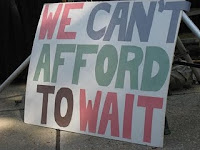 The delay in the grant of the patent also affects merit of the invention to a great extent since the technology becomes absolutely obsolete by the time the patent is finally granted. Further, the lobbying and pressure tactics make it easier for MNCs to process their patent applications as opposed to individual inventors. A classic example would be that of Gilead and its drug tenofovir which was rejected by IPO due to lack of inventiveness but right before President Obama was scheduled to visit India, US Commerce Secretary appealed for a fair consideration of the application.
The meteoric rise in the patent applications over the past few years due to the rat-race between the Indian cos and the MNCs has resulted in a tremendous pressure for the patent examiners. As the Week report suggests, “sometimes it also shows in the quality of work as the claims are not addressed properly.”
The Department of Industrial Policy and Promotion has recently announced 200 new posts of examiners of patents and design under the 11th Plan. But given the backlog of the cases IPO is battling with, one wonders if recruitment of new examiners alone will offer to be a panacea.