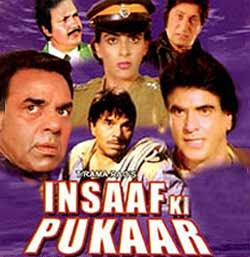 In my opinion IPRS’s actions in 2009 seem to be unmitigated abuse of the judicial process in order to circumvent an official governmental enquiry. The reasons for this are as follows:

(i) In all the previous suits in 2004, 2005 & 2006 Saregama had managed to get all ex-parte orders against IPRS. However in November 2009, during the course of the Government inquiry, when Saregama filed a fresh interim injunction application, out of the blue, in November, 2009 IPRS’s counsel was for the first time present before the Civil Judge and instead of contesting Saregama’s suit, he claimed that he had absolutely no objection to a ‘status quo’ order. In pertinent part the Order records: “Ld. Advocate for the defendant No. 1 submitted before me that if an ad interim order of injunction be granted in the form of status quo the parties to this suit did not suffer any loss or injury”. Why didn’t IPRS contest the suit on jurisdiction? Did it collude with Saregama?

(ii) The dates of the letters between IPRS and the Registrar of Copyrights are very important in this matter and will expose the degree of abuse of the judicial process:

(a) 20th of October, 2009: After several postponements by IPRS the Registrar of Copyrights writes to IPRS scheduling a final meeting for the 9th of November, 2009 in order to discuss the allegations against IPRS.

(b) 4th of November, 2009: IPRS writes to Registrar of Copyrights requesting a further extension of the 9th November date.

(c) 6th November, 2009: Saregama, which now has a Director on the Board of IPRS, files a temporary injunction application in the already pending suit before the Barasat Court which was filed in the year 2006 seeking a status quo order. IPRS states it has no issue with such an order.

(e) 19th November, 2009: Saregama, for the first time in 5 years impleads the Registrar of Copyrights as a defendant in its suit against IPRS. They also request the Court to do away with the prior mandatory notice that is required to be served on the Government before it can be sued in a civil suit. The Court accepts their request for urgency and does away with the same. The Registrar is impleaded and the matter is posted for the 5th of January, 2010 for further proceedings.

(f) 20th November, 2009: The Registrar of Copyrights is not yet aware that he has been impleaded as a party in the suit before the Barasat Court.

(g) 25th November, 2009: Mr. Hasan Kamal the Chairperson of IPRS informs the Registrar of Copyrights that Saregama has impleaded him and that the status quo order had been extended till 5th of January, 2010 and that it was under the impression that it could be in contempt of court if it co-operated with the Registrar of Copyright. It therefore asks for a postponement of the scheduled meeting on 4 December, 2009.

The correspondence chain in our custody ends with that letter.

(iii) The blatant abuse of the judicial process: From the letters above it seems that IPRS and Saregama have colluded in the judicial proceedings before the Civil Judge to frustrate the inquiry by the Registrar of Copyrights. Saregama had filed the application for an interim injunction, not as part of a fresh suit but as a part of the existing suit which had already been filed in the 2006 suit. This original suit was filed on the grounds that IPRS was not maintaining a ‘Register of Owners’ and that it was not amending its Articles to ensure only owners were members with voting rights. However on 5th January, 2008 IPRS had amended its Article of Association to ensure that only Owners were members with voting rights and it also started to maintain a Register of Owners and Saregama was on the Board. Therefore Saregama’s original 2006 suit was infructuous and could not have been used for the purposes of filing the application in 2009 asked for an injunction against the holding of the ‘governing council’ [another name for IPRS’s ‘board of directors as per Article 1 (vi)]. It claimed there was a threat that the Board would take actions detrimental to it but did not provide any details.