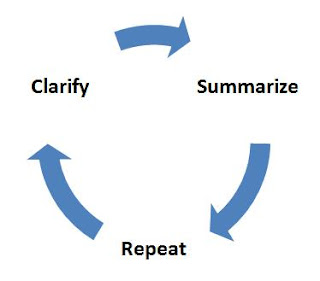 I received a comment earlier this morning on the IPRS posts which basically informed me of ‘an information overload – filter failure’. In hindsight its does appear that the 6 posts on the IPRS controversy are slightly complicated. I have therefore briefly summarized the contents of the previous posts in this one post:
(Image from here)
The first post (available over here) explains how IPRS stopped collecting royalties for mobile ringtone royalties and how PPL instead started collecting royalties on behalf of IPRS. Although PPL was collecting royalties on behalf of IPRS it does not seem to have shared the royalties with IPRS and IPRS does not seem to have raised this issue of non-payment of royalties with PPL. The reason for this is that the very same directors control both IPRS and PPL. IPRS however has a much wider membership with several thousand lyricists and composers. Therefore although the music companies are enjoying the Rs. 360 crores that they collected ringtone royalties, the lyricists and composers are yet to see a single penny.

The second post (available over here) explains the events leading up to situation wherein the music companies managed to take control of IPRS, which until now had a healthy representation of lyricists and composers. Through a series of ‘special resolutions’, the most controversial one being the one on 5th January, 2008, the bye-laws governing IPRS were amended in such a manner to ensure that firstly voting rights were now linked to the number of works owned & secondly to ensure that lyricists and composers were always in a minority on the Board of Directors.

The third post (available over here) explains the events leading up to the controversial ‘special resolution on 5th January, 2008 which had amended the ‘bye-laws’ to ensure that music companies had complete and total control of IPRS. The ‘events’ are basically a list of strategically planned law-suits before a Court which did not have the jurisdiction to hear the matter. There was also mention of an application to the Registrar of Companies seeking for the postponement of the ‘Annual General Meeting’ in 2007. The application was based on alleged order of the High Court which finds no mention in the Director’s report. Eventually the AGM which amended the Articles of Association was passed 5 days after the deadline granted by the Registrar of Companies.

The fifth post (available over here) explains the various legal options available to the Registrar of Copyrights.

The sixth post (available over here) explains how the Registrar of Copyrights may have goofed up in even recognizing IPRS as a Copyright Society back in 1996 since its ‘bye-laws’ were in complete violation of the Copyright Act, 1957.