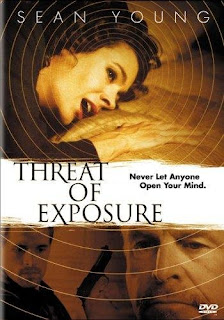 Pursuant to our last few posts on the IPRS dispute, a source has passed on to us a copy of the controversial Memorandum of Understanding (MoU) between the Indian Performing Rights Society, the Indian Phonographic Industry & the Phonographic Performance Pvt. Ltd. We thank the source for this disclosure. We’ve briefly discused the ramifications of the MoU in this post over here. This is the MoU referred to by the Registrar of Copyrights during his attempted inquiry into the alleged mis-management at IPRS. The letters detailing the inquiry are available over here. The royalties of the sixteen lyricists and composers was witheld by IPRS on the grounds that they had not signed the MoU. We are in the process of analyzing the legality of the MoU. Keeping with our misson of transparency the PDF version of the MoU is available over here. It is simply not readable as a result of which the text format of the same is reproduced below:

IPRS confirms that Record Companies are owners of musical works as publishers and the parties hereto viz IPRS and IPI confirm the following understanding:-

1. IPRS understands that IPI members who are all record producers own the copyrights, that is, copyright in their sound recordings and the copyright which includes performing and mechanical rights in the musical and literary works used therein in the record producers’ capacity as the ‘music publishers’.

3. After de-recognition of film producers as members as specified in Clause 2 above, IPRS will admit IPI members as the members of IPRS in the category of ‘music publishers’, after receiving IPI members assignment in IPRS’s favour provided that IPRS will be entitled to administer only the performing rights (and not the mechanical rights) of IPI members’ musical/literary works in India and through its associates/agents outside India. IPRS however shall be solely liable for proper accounting of the revenue to IPI members directly.

IPRS shall distribute the revenue earned by it (less administrative expense attributable to such revenue earnings) in the following proportion:

7. The record producers copyright in their sound recording shall at all times be recognized by IPRS. This arrangement does not create nor is it intended to create any right or interest or authority whatsoever in favour of IPRS in respect of the copyright in sound recordings owned by the IPI members, the broadcasting and public performance rights therein assigned by them in favour of PPL for collective administration thereof, and the trademarks and the labels owned and/or used by the IPI members in respect of their sound recordings.

8. Although this MOU is intended to start a long-standing relationship between IPI, IPI members and IPRS as laid down herein, it may be clarified by way of abundant caution that IPI members will at all times be at liberty to terminate the assignments as per the Articles of Association of IPRS.

9. In case PPL wishes to use IPRS’s set-up for collection of PPL-license fees, IPRS will, if so authorized by PPL, collect PPL-license fees and remit the amounts to PPL after deducting the administrative charges as may be mutually agreed upon.

10. This MOU will come into force only if IPRS governing Council and IPI’s Executive Committee approves it by resolutions.

FOR THE INDIAN PHONOGRAPHIC INDUSTRY