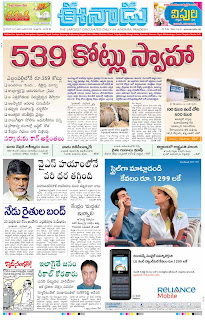 The Appellant is the sole proprietor of Ashika Incense, incorporated in Bagalore that manufactures incense sticks. The appellant has adopted the mark ‘Ashika’s Eenadu’ for its incense sticks. The Respondent Company is Ushodaya enterprises who publish a newspaper in Telugu, ‘Eenadu’. The respondents alleged that the use of the word “Eenadu” by the Appellant amounted to infringement of their copyright and passing-off in the trade mark. The post is slightly long and if you are in a hurry you should just read the 3 paras under the heading judgment. 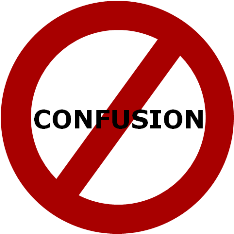 As can be clearly seen from the judgment, the Court has clearly ruled on the basis of dilution of the trademark “Eenadu” registered to the respondent (Click here and here for detailed analysis of trademark dilution in Trade Mark Act 1999). A trademark is diluted when its uniqueness is lost owing to its unauthorised use in relation to products that are not identical or similar to the product of the trademark owner. In this context it must be noted that dilution was not pleaded by the respondent in the first place. Dilution was incorporated (which was previously dominated the likelihood of confusion test) into the Trade Mark Act, 1999 via Sections 11(4) and 29(4). The present case is clearly under the Trade Mark Act 1958 as the 1999 Act came into force with effect from 2003. This was also contended by the Respondents.

Dilution of trademark essentially happens in relation to an extremely well known mark. In relation to lesser known yet identifiable brands, the test of likelihood of confusion applies. The Court repeatedly makes specific references to the reputation and the goodwill of the brand in the State of Andhra Pradesh. It is thus pretty clear that the brand is not very well known outside the State of Andhra Pradesh.

So, does this essentially mean that there will be the application of dilution in relation to trademarks that are well known in a particular region?

The Trial Court had previously granted an injunction against the use of the trademark only in the State of Andhra Pradesh. This could have been the right approach considering that very few people in Karnataka or other states would associate Eenadu with the Eenadu regional newspaper in Andhra Pradesh. The television network run by the Respondent in Karnataka is widely known as ETV Kannada and not Eenadu.

On a slightly unrelated note, the Apellant was clearly out to make some easy bucks using Eenadu’s reputation in Andhra Pradesh. Eenadu in Kannada as claimed by the appellant means ‘this land’ in Kannada, which is true. And the incense sticks are called “Aashika’a Eenadu” incense sticks. It does not make grammatical sense. It should read “Aashika’s eenadina agarbatti” or “Eenadina Aashika agarbatti”.

I would like to thank Ms. Aritra Das, one of our readers for bringing the case to our notice.