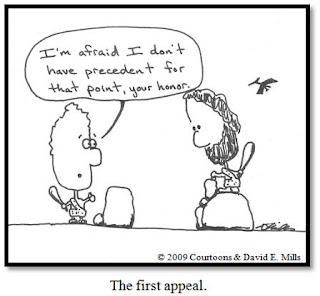 Aditya Reddy, an advocate at the Madras High Court informs us that Dr. Wobben, owner of Enercon GmBH, has filed writ appeals before the Madras High Court, on the 20th of April, 2011, against the Orders of the IPAB revoking several of his patents. The appeals were heard a Division Bench of the Madras High Court. Although the High Court refused to stay the orders of the IPAB, it did pass a status quo order, whatever that means!
Image from here.
Surprisingly, sources familiar with the litigation, confirmed that Dr. Wobben is objecting to the IPAB’s decisions on the grounds that Mr. S. Chandrashekharan, who was the technical member on the IPAB, delivering all 12 orders, was the Controller General of Patents and has signed all the patent certificates for the patents which he had revoked. There have been cases such as the Novartis Glivec case and the case of Magnotteaux International v. Asst. Controller of Patents & Designs, where Mr. S. Chandrashekharan has been restrained from hearing appeals in his capacity as a member of the IPAB. However both those cases were quite different from the present one because in those cases Chandrashekharan was the Controller who had also granted the patents, in the sense that he was the supervising Controller personally involved in the decision to grant the patent. The Wobben patents however are slightly different in the sense that Chandrashekharan was never the supervising Controller, his signature on the Patent Certificates was merely ministerial in his capactiy as the Controller General. This is therefore a very weak ground of appeal. Moreover in both the earlier cases this argument was taken at the stage of the IPAB itself unlike the present case where Wobben is raising this argument only at the appellate stage, something which is clearly not permitted by the law.
As reported earlier the IPAB had revoked 12 patents belonging to Dr. Wobben in response to revocation petitions filed by Enercon India Ltd. (EIL), a joint venture between the Mehra Group and Enercon GmBh, a company owned by Dr. Wobben. Earlier on the 16th of February, 2011 Dr. Wobben had surprisingly filed 3 writ appeals before the Delhi High Court, appealing against 3 of the revocation orders by the IPAB. Sources familiar with the litigation confirm that these 3 appeals pertain to the patents which are the subject of patent infringement suits already pending before the Delhi High Court. Predictably the writ appeals before the Delhi High Court got bogged down on the issue of jurisdiction and the Delhi High Court has reserved orders on whether it has the jurisdiction to entertain these appeals.
The remaining 9 revocation orders of the IPAB are the subject of the appeals recently filed before the IPAB. Apparently the first hearing before the Madras High Court was quite a high profile hearing with Dr. Wobben being represented by Senior Advocate P.S. Raman and Delhi based Senior Advocate Sudhir Chandra Agarwal. The appeals for Dr. Wobben are being handled by Anand and Anand which flew down a significant component of its litigation team which includes Partners Mr. Pravin Anand & Ms. Binny Kalra. EIL was represented by Senior Advocate Arvind Datar briefed by Mr. Parthasarathy, Senior Partner at Lakshmi Kumaran & Sridharan who had successfully argued all of the matters before the IPAB. Also present in the court-room was a team from AZB Partners which is in charge of EIL’s litigation. The next hearing in the matter is slated for June.