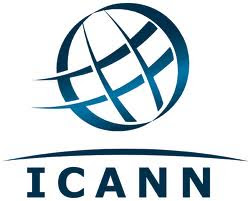 It gives me great pleasure to introduce this second guest post from Mr. Arun Mohan. Arun completed his LLB from the London School of Economics (LSE) and is currently an associate with Mohan Associates, Chennai. His focus is primarily on IP and commercial litigation.

The Internet Corporation for Assigned Names and Numbers (ICANN), the regulatory body for development and regulation of domain names on the internet, has given a fresh bout of air to the visibility and security of brands on the internet.

The ICANN has proposed to liberalise the gTLD system (Global Top Level Domain) system, which essentially means an application program by which anyone/any entity can became their own gTLD registry.

What does this mean?

This means any word can be substituted for .com/.net/.org by a name of your choice, and which would be regulated exclusively by you.

Various companies have applied for being the registrar of their own site such as Canon which has applied for “.canon”. This would enable them to control any and all entities which seek to have a website ending with “.canon”.
Does this have any benefits?

The first and primary benefit, is that of security. As a trademark check is carried out before such domain registrars are appointed, consumers and other visitors can be rest assured that the website is indeed authentic. For instance, a consumer would know that a website needs to end with “.hbsc” for it to be genuinely belonging to the HSBC Corporation, and not a site which is phishing. Given that infringers are blocked out of the registry by the registrars, who are in turn the brand owners, the presence of false and misleading sites would come down dramatically. This would immensely improve customer trust, and improve the security of ecommerce and internet transactions. It could also have unique applications like custom build sites for consumers such as www.xyzname.nike, which could provide the next envelope of personalising web experiences online.

Further, this provides an entirely new platform for branding and marketing exercises. This could also be used to improve search engine optimisation in Google.
Lastly, it creates a certain exclusivity on the internet. I believe in due course, it could even become a test to establish reputation and goodwill, to have your own domain name registry. Only smaller businesses and smaller brands would focus on generic extensions such as “.com” or “.in”.

This can also be applied for extensions of any other words such as .bank, .drugs, .pharma etc. However, given the auctions and consequent skyrocketing prices for these generic/descriptive terms, the commercial viability of such terms is entirely questionable. It is appears to be more cost effective to apply to be the domain name registrar of your own name/mark

The official fees of an application is USD 185,000. However, in the event you are unsuccessful after a trademark check, only a refund of USD 20, 000 would be provided. If there are multiple persons interests in the same extension, for instance both Pepsi and Coke apply for “.cola”, the extension will be auctioned to the highest bidder.

Several networking sites such as Facebook and Twitter have already expressed interest in the conversion to this format, for reasons of exclusivity, branding and security.