We are pleased to bring you a guest post from Payal Saraogi, on a recent decision of the Delhi High Court on Google’s use of trademarks as advertisement keywords. Payal graduated from the School of Law, Christ University in 2020, and currently practices as a disputes lawyer. She advises/represents clients on issues related or unrelated to those discussed in the post.

DRL Logistics v. Google: Revival of the Third-party Trademark as a Keyword Dispute 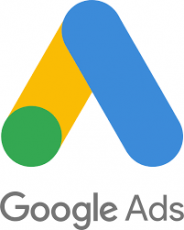 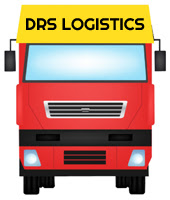 The steady growth in search engine advertisement in India appears to have led to an uptick in the complaints of trademark infringement rooted in alleged misuse of keywords. A single judge bench of the Delhi High Court recently made a preliminary ruling in one such complaint of trademark infringement in the case of M/s DRS Logistics Pvt. Ltd. and Anr. v. Google India Pvt. Ltd. and Ors. The plaintiff sought injunctions against Google India Private Limited, Google LLC, and Just Dial Limited to restrain the defendants from permitting third parties to use the plaintiff’s trademark as keywords or metatags on their search engines. It was alleged that such use of third-party trademarks led to diversion of traffic from the trademark owner’s webpage to that of its competitor; resulting in confusion and infringement and/or passing off the trademark.

The parties and their positions

This preliminary ruling of the Delhi High Court is a result of the interim applications filed by the plaintiff under Order XXXIX Rules 1 and 2 of the Civil Procedure Code, 1908. The plaintiff approached the High Court seeking protection of its rights in the trademark “Agarwal Packers & Movers”, under which it has been offering transport and logistics services for decades. The plaintiff complained of a number of third parties, largely comprised of its competitors, that use the plaintiff’s trademarks as a keyword on the defendants’ search engines, allowing their competing websites to be displayed as top search results when the plaintiff’s trademark is entered into the search engine by an unsuspecting consumer.

Despite a number of favourable decrees against individual third party advertisers, the infringing use of its trademarks had not ceased and the plaintiff was constrained to move specifically against the search engines party to the present suit. The defendants numbered 1 and 3, Google India Private Limited and its American parental entity, Google LLC, were implicated as the primary defendants in this suit owing to their widely used Google Ads program. The plaintiff also cited Just Dial Limited as defendant number 2 for similar issues with the use of its trademark as a keyword on its search engine.

In response, Google defended its use of trademarks as keywords claiming that such use does not qualify as ‘use’ under the Trade Marks Act, 1999, (the “Act”) and in any event, does not fulfil the constituents of infringement or passing off. Google’s arguments and the Court’s response are detailed in this article.

Does invisible use of a trademark amount to infringement?

Google’s most consistent contention in similar cases has been that keywords are merely backend triggers for search results and are therefore imperceptible to the end user. Resultantly, even when the keyword is a trademark, it is never used in a “trademark sense” – i.e., to allow a user to associate the mark with the goods or services of the mark owner. According to Google and a number of international courts[i], this such invisible use of trademarks fails to meet the threshold to constitute infringement.

Google argued that this is statutorily supported by Section 2(2)(b) and (c) of the Act which must be read with and as an extension of Section 29 of the Act. Section 2(2)(b) refers to use of mark as “…the use of printed or other visual representation of the mark”. Similarly, Section 2(2)(c) of the Act requires that use be construed as “…part of any statement about the availability, provision or performance of such services.” In effect, since a trademark is invisible to the end user when applied as a keyword, it neither satisfies the requirement of visual representation, nor constitutes a statement under the relevant clauses of Section 2(2).

However, per the Delhi High Court’s reading of the Act, the reference to ‘use’ under Sections 2(2)(b) and (c) is only applicable where context does not otherwise specify. Given Section 29(6) of the Act explicitly details four instances of ‘use’ of a trademark specifically for the purpose of infringement, a particular trademark will not need to meet the visibility criterion as per Section 2(2)(b) for it to be infringed.

The High Court cited a number of Indian precedents[ii] which have also previously held infringement to not be exclusive to visual representation of trademarks, largely in the context of meta-tags. While doing so, the Court disregarded many of the foreign judgements cited by Google which held invisible use of trademarks as failing to constitute infringement; and highlighted the stark differences in trademark law in each jurisdiction, especially when compared to India. Particularly, the use of the Google Ads program undisputedly qualifies as advertising, which finds clear recognition under Indian trademark law. Although the Indian Act specifically considers use of a trademark in advertising as ‘use’ sufficient for infringement under Section 29(6)(d) of the Act, many of the jurisdictions cited by Google do not. Resultantly while Google’s keyword policy on third-party trademarks may be in compliance with the trademark laws of foreign territories, it is restricted by Section 29(6)(d) in India.

The defendants also argued that even in the event use of third-party trademarks as keywords amounted to ‘use’ of a trademark under the Act, such use did not result in infringement or passing off of the trademark as there was no customer confusion. This contention and Google’s classification of Indian users as “literate or semi-literate” was rejected by the Court. Instead, the Court reiterated that an Indian consumer is classified as a man of “average intelligence and imperfect recollection”, and cannot be equated with a purchaser from the UK or elsewhere. The Court affirmed that advertisements triggered by third-party trademarks will lead to confusion regarding the origin of the goods and services advertised.

Is Google an intermediary?

As is customary of tech companies servicing internet related products and services, Google attempted to be protected as an intermediary under Section 79 of the Information Technology Act, 2000 (the “IT Act”), which protects intermediaries from being held liable for third-party content made available or hosted by the intermediary on its platform, if the specified prerequisites are met. Per Google’s contention, it qualified to be protected as an intermediary given its role in the complained activity is limited to provision of the advertising platform and interface. It went on to claim that all parts of the advertisements, including the keywords (which contain the infringing material) are selected and submitted by the advertiser.

However, Google’s attempts to seek refuge under Section 79 of the IT Act were thwarted by the High Court, largely due to its Keyword Planner tool. The Keyword Planner offered by Google actively suggests keywords to advertisers, including trademarks of competitors, and includes data such as popularity and web traffic generated by each potential keyword. The tool effectively induces third parties to bid on trademarks of its competitors in this manner. Google’s active involvement in the keyword selection process, when taken with the direct monetary gain received through sale of keywords (including third-party trademarks), cannot justify intermediary status. The Court relied upon its previous judgement in Christian Louboutin Sas v. Nakul Bajaj, to hold that Section 79 of the IT Act cannot be abused by entities that actively participate in the unlawful act. To allow Google protection as an intermediary without requiring it to ascertain whether a keyword is a trademark and take appropriate action, would amount to legalizing infringing activity on part of the Court.

Judgement of the Court

Despite the lengthy reasoning in the Plaintiff’s favour, the Court ultimately disposed of the interim applications being heard. The Court did, however, order Google India and Google LLC to (i) investigate complaints made by the plaintiff alleging use of its trademarks as keywords; (ii) investigate and review the overall effect of an advertisement to determine whether it results in infringement or passing off of the plaintiff’s trademark; and (iii) if such investigation reveals that the use of the plaintiff’s trademark as a keyword or the overall effect of the ad results in infringement or passing off, then Google must remove such ads.

The higher Indian judiciary last deliberated on the use of third-party trademarks as keywords on search engines, particularly Google, nearly a decade ago in Consim v. Google I and II, discussed here. Prior to the DRS order, the Consim decisions offered little reprieve to trademark holders given the Madras High Court was unable to rule in favour of Consim because its trademarks were descriptive of its services. Resultantly, Consim only fleetingly referred to the use of third-party trademarks as keywords as possibly infringing and there was no binding Indian precedent in favour of trademark holders.

Although the Delhi High Court has refused to pass an injunction against Google at this stage, the reasoning of the Court could not have come at a more opportune time. The holding that use of third-party trademarks as keywords on search engines amounts to ‘use’ and ultimately infringement/passing off of the mark under the aegis of the Act begins to address a lacune that has plagued Indian technology law for the last decade. Moreover, this sets reliable precedent for the litigations against Google regarding its keyword policy that are steadily piling up in courts across the country.

The decision of the Delhi High Court also reflects the general disposition of Indian jurisprudence on this subject matter. The Delhi High Court has issued several interim orders[iii] in favour of different plaintiffs injuncting their competitors from using the plaintiff’s trademarks as keywords on Google Ads. However, the Court’s order in DRS is unique in that it is one of the only orders in the country which directly holds Google liable for its Ads policy and its active role in infringement of intellectual property rights. Coincidentally, an interim order passed by a Bangalore District Court injuncting Google from allowing use of a particular trademark as a keyword was vacated just days before the DRS order. Given the number of similar petitions pending before the Delhi High Court and possibly the Karnataka High Court (if the vacation of the interim order is appealed), this order of the Court in DRS may prove to be the beginning of an interesting domino effect.