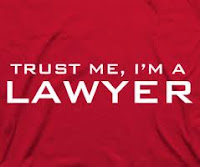 That lawyers are a universally disliked community is well known, and probably brings resigned smiles to several faces. But it is truly amusing to discover that this has what has prevented India’s “pioneering” Traditional Knowledge Digital Library (TKDL) from opening up access to researchers. (Image from here.)
Lawyers: Keep out! In a brief conversation recently, Samir K Brahmachari, the Director General of the Council for Scientific and Industrial Research (CSIR) (the institution behind the TKDL) revealed that the TKDL would remain available only to various patent offices who have entered into bilateral access and non-disclosure agreements with them. When asked how researchers could ensure they were not encroaching on TK when filing patent applications, the DG said there was no possibility at present of allowing researchers or innovators access to the TKDL, as, and I paraphrase, ‘lawyers would somehow find a way out of it.’

In fact, it appears that TKDL would be willing to open up the database, if only someone could come up with a model that keeps lawyers out of the system, and ensures that they are unable to access any data. Clearly, the TKDL is worried that the moment information from the database becomes available, lawyers will eventually work around the existing information to meet the requirements of inventive step for obtaining a patent grant.

Quite a conundrum, this: how on earth will you keep lawyers out of the system?! Any ideas?

The DG was speaking to members of the audience at the Conference, which included myself, after delivering an opening address at International Conference on the Utilization of the Traditional Knowledge Digital Library as a Model for Protection of Traditional Knowledge, organised by the World Intellectual Property Organisation (WIPO) and CSIR held in New Delhi recently.

Versus the OSDD? The DG’s comment was particularly interesting because it came right after he announced a proposal at the conference to “open up” 1% of the traditional medicine formulations contained in the TKDL for the purposes of medical research. The goal is to help scientists develop drugs for infectious diseases affecting the developing world, in an open innovation model. This proposal appears to be an attempt to tie together the TKDL with another CSIR project that has received occasional coverage on this blog – the Open Source Drug Discovery (OSDD) Project. Given that data made available through the OSDD project is accessible to anyone, it evidently means that the CSIR has no problem with lawyers potentially accessing the 1% of the TKDL that will open up if such a proposal goes through.

TKDL’s record at Patent Offices For those of you who don’t know, the TKDL has an in-house team of people who actively seek out pending TK-related patent applications in various patent offices across the world, and file oppositions or evidence against them, wherever it is felt that grant is not justified.

This methodology has had some success, as we have reported earlier. The European Patent Office, for instance, has set aside its original intention to grant patents in at least two cases, while 33 applications were withdrawn by the applicants themselves. CSIR claims that around 400 applications pending in various other patent offices have also been similarly challenged.*

(*Until now, the TKDL has shared information only on the status of certain applications at the EPO. I have tried on occasion to elicit some statistics about applications in other offices, including India, but with little success.)

By way also of a minor update on the bilaterals with international patent offices, we also have news that agreements with offices in Japan and New Zealand are ‘round the corner. These two will join a growing list of offices associated with the TKDL, including the Indian IPO, the EPO, and the USPTO.