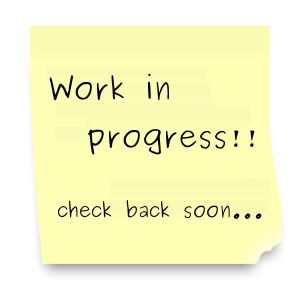 The Times of India, Mint and Economic Times reported today on an RTI investigation by SpicyIP in relation to the “working” of drug patents in India.

Rupali Mukherjee of the Times of India writes:

“Five pharma MNCs, including Pfizer, Bayer, Roche, Schering and Bristol Myers Squibb, have been accused of violating patent laws with regard to top-selling patented anti-cancer and hepatitis drugs sold in the country.

A RTI application filed before the Patent Office reveals that since the medicines are being imported, and not manufactured domestically, the drugs are liable for compulsory licensing. Simply put, some quantity of the patented drug sold has to be manufactured in the country, otherwise, it throws open the doors of generic and affordable versions (manufactured by domestic companies) through a licence (compulsory licensing). ”

CH Unni of the Mint writes:

“The RTI query sought by Spicy IP with reference to seven life-saving drugs currently sold by foreign firms including Pfizer, Bristol Myers, Roche, Bayer and Schering has revealed that these firms haven’t made the full disclosure for all these years, since the grant of their patent rights in the local market. Some of these drug patents are also facing law suits in various Indian courts challenging their validity.

….Form 27, to be filed by all patent holders yearly, seeks details including whether the patent is working in the local market; the quantity and value of product sold; manufacturing base, and a statement on whether the public requirement has been met partly, adequately or to the fullest extent at reasonable price.

…While this violation carries a fine of at least Rs.10 lakh per patent per year, the patent office cites practical difficulties in taking action against the firms.”

“To ensure that the patents granted in India are being utilised for the benefit of patients, companies must share details such as if the patent is working in India, how much products are sold, whether it is manufactured locally or licensed and if the firm is able to adequately meet the requirements of the local market.

The patent-holders have prevented generic drugmakers from launching their cheaper versions by getting court injunctions even when their patent was not utilised in the country which is a violation of the local laws, according to Shamnad Basheer, Kolkata-based professor in intellectual property (IP) law. Basheer led a group of local IP lawyers who collated information on disclosures made by foreign drugmakers to patent authorities under a Right to Information query.

A Bayer spokeswoman said she cannot comment on the development since the company is fighting a patent case related to its drug Nexavar and the matter is sub judice but the firm complies with all the requirements of the Indian Patent law. The spokeswoman of Pfizer and MSD – the local arm of Merck & Co which owns Schering Plough – also separately said the companies follow all local laws for all their drugs. BMS spokesman did not respond to an email query.

Suja Subramaniam, the patent attorney in charge of all cases for Swiss drugmaker Roche in India, said the firm has filed Form 27, under which all mandatory information related to a drug patents are disclosed at end of each financial year 2007, 2008 and 2010. “The information obtained under the RTI is totally incorrect,” she said.

But Basheer said the government has not shared any information that suggests that the disclosure has been made by Roche for this period. He said since all these seven drugs are imported they can attract compulsory licensing.”

We will upload our full report soon on the SpicyIP website. In the meantime, let me provide you with a short summary and a background to this investigation.

History Behind the RTI’s

As many of you know, SpicyIP has been spearheading the IP transparency campaign for quite a good number of years now. These RTI requests for Form 27’s (in order to determine the extent of compliance with the working requirement) is a part of that transparency mission. We’ve known all along that most patentees (and not just pharma patentees) take Form 27’s lightly and this was our way of helping highlight the issue. We will in the near future, be filing such RTI requests to determine the level of compliance in other technology sectors as well.

The extent of “working” of a patent lies at the heart of our patent regime (triggering compulsory licenses and the like) and cannot be taken lightly. The public have a right to know the extent to which a patentee has exercised his/her rights in order to benefit society.

However, Form 27 in its present format leaves much to be desired, and I will run a short note on how it can be improved soon.

Secondly, as mentioned, we are researching the broader issue of patents and public health and this information will be critical to determining the extent to which patented drugs help serve patient needs.

All of these drugs were registered in the years 2006-2008, and 3 years have elapsed for all of them. We wonder why none of the generics have applied for CL’s on the ground of lack of local working. After all, this is the easiest ground to establish when compared with excessive pricing or the fact that the patent does not meet the reasonable requirements of the public.

Let me now make an offer to any firm: if interested in testing out this local working CL ground, please do let us know. P-PIL (Promoting Public Interest Law), of which I am the founder, can help you file a CL application on this ground and take it through to its logical conclusion (through courts etc), without you having to spend a single penny (barring expenses).

The drugs that we investigated and filed RTI’s for were:

Working Under the Patents Act and Compulsory Licensing

The scheme of the Indian Patents Act makes it very clear that registered patents have to be “worked” in a manner that satisfies the reasonable requirements of the public. Towards this end, the Act mandates that all patentees shall submit yearly working information through Form 27 filings.

The information contained in the Form 27 is critical to determining whether the patentee is adequately ‘working’ the patent on Indian territory, failing which the patent may be liable for compulsory licensing.

Given that all the drugs that we studied are only being “imported” into India and not manufactured within the Indian sub-continent, they can be subject to compulsory licensing under section 84 of the Patents Act. Section 83 of the Act makes clear that patents are not granted only for the purpose of “importation” of the patented product. In fact, the Act uses the terms “working” and “importation” quite distinctly throughout the Act, making it evident that “working” as used in the Act cannot include “importation”.

None of the firms that we studied complied fully with the disclosure norms under Form 27 and section 146. In some cases, firms such as Roche, Sugen and BMS did not file Form 27 at all for some years. In others, such as Sugen’s Sutent & Schering’s Viraferonpeg, the information provided was woefully inadequate. This indicates that firms are not taking this disclosure requirement seriously.

That Form 27 disclosure is serious business is evident from the fact that Section 122 of the Patents Act, 1970 permits the Controller to fine erring parties (those who do not file Form 27 or those who file incomplete information) upto Rs. 10 lakhs.

SpicyIP urges the Controller General to do so in order that an example might be set and others may take this requirement more seriously. We are given to believe that this is not merely a pharma problem but is endemic to all other technology sectors. In short, a significant number of patentees do not take the Form 27 requirement seriously!

The RTI process was a very arduous one, with the patent office refusing information or claiming missing files in some cases. We had to resort to the appellate procedure in almost all cases. However despite the passage of a good 6 months (we began the RTI process in September 2010), we are yet to receive the complete information!

If seasoned IP lawyers could not procure this information with ease, one can only imagine the plight of the common man! The Patents Act provides the Controller with the authority to publish such information on a regular basis on the patent office website. In the interests of transparency and to help avoid arduous RTI routes in future, SpicyIP requests the CG to do take steps to digitise and publish this information.

A full report documenting the entire RTI process, our analysis of the law, and including copies of all Form 27’s that we received will be provided soon on our website.