In its judgment in M/S Mahashian Di Hatti Ltd. vs Mr. Raj Niwas, Proprietor of MHS, the Delhi High Court re-affirmed the differential evidentiary standards prescribed for trademark infringement and passing off.
FACTS
The plaintiff uses the registered logo, MDH within three hexagon device on red colour background, in its business of manufacturing and selling spices & condiments. The aforesaid logo has been in use since 1949 in respect of various products such as “Kashmiri Mirch” and “Kasoori Methi”. Registered since 31st May, 1991, the plaintiff attributes its goodwill and reputation to the long and continuous usage of the mark, various publicity programs and quality of products. 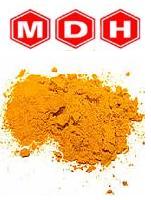 In the instant suit, the plaintiff contended that the logo used by the defendant, MHS within hexagen device with red colour background, was similar to its logo. The plaintiff, therefore, sought injunction restraining the defendant who was also engaged in the same business from using the infringing logo MHS or any other trademark identical or deceptively similar to its MDH logo. The defendant inter alia tried to blunt these arguments by contending the phonetic dissimilarity between MDH and MHS.
JUDGMENT
As per Section 29(1) of Trade Marks Act, 1999, a registered trade mark is infringed by a person who, not being a registered proprietor or a person using by way of permitted use, uses in the course of trade, a mark which is identical with, or deceptively similar to, the trade mark in relation to goods or services in respect of which the trade mark is registered and in such manner as to render the use of the mark likely to be taken as being used as a trade mark.
Relying on Kaviraj Pandit Durga Dutt Sharma v. Navaratna Pharmaceutical Laboratories, Court distinguished the remedies pertaining to trademark infringement and passing off. In an action pertaining to trademark infringement, the statutory right of the owner of the registered trade mark would be infringed when the mark used by the defendant was visually, phonetically or otherwise similar to the registered trade mark of the plaintiff. The plaintiff just had to prove that the trademark adopted by the defendant substantially resembled its trademark on account of extensive use of the main features present in his trademark. Even if the defendant proved that the consumer could distinguish his products from that of the plaintiff, he would still be held liable for infringement of the registered trademark. On the other hand, in case of passing off, if there was a possibility for distinction of goods by the consumer, the defendant would not be held liable.
In the instant case, the Court compared the logos of the plaintiff and the defendant and inter alia discerned the following similarities: a) as in the logo used by the plaintiff, the defendant used three hexagons for framing its logo; b) the letters of both MDH and MHS were written in white colour and (c) As in MDH, the background colour in MHS was red. In the light of above similarities, Court concluded the presence of strong visual similarity in spite of weak phonetic similarity. Further, it was also noted that both the parties were engaged in the same business of manufacturing and selling spices. Thus, the registered trademark of plaintiff was held to be infringed by the defendant. The defendant was, therefore, restrained from manufacturing, selling or marketing any spices or condiments using the impugned logo MHS or any other trademark which was identical or deceptively similar to the registered trademark of the plaintiff.
Significantly, the Court awarded punitive damages amounting to rupees one lakh in the instant case. Citing various case laws, the Court inter alia observed that punitive damages were governed by principles of corrective justice. The Court, further, noted that if punitive damages were not awarded in cases like the instant one, it would encourage unscrupulous individuals / companies to take unfair advantage upon the goodwill and reputation of others.
[ Note – In spite of my best efforts, I couldn’t get hold of MHS logo. If anyone finds it, pls e-mail it to me. ]