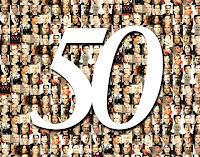 SpicyIP is pleased to report Managing IP’s annual selection of the top 50 who are shaping the future of intellectual property. This year, MIP has focused on individuals rather than institutions which includes an unconventional and eclectic collection of bloggers, artists, litigants and campaigners, besides politicians, judges, regulators and bureaucrats form around the world.
The SpicyIP team is honoured and (at least on my part) a little overwhelmed to have been selected to be on this list. SpicyIP is among 5 blogs which make it to this list, including the inkredible IPKat, and Patently-O.

Besides the editorial team at MIP (for having thought of SpicyIP), we are also, as ever, grateful to you, our reader, for keeping exciting conversations going, which is what, ultimately, makes us keep this space alive and vibrant.

Other Indians on this list include Lalit Mahajan, of J Mitra & Co. — who is India’s top individual patent recipient over the past five years; and Javed Akhtar, poet, lyricist and scriptwriter, and IP campaigner.

You can read the entire list on the MIP website here, which unfortunately can be accessed by subscription only.

I reproduce here MIP’s preamble to the list, followed by the note on SpicyIP:

“IP law is always in flux, but it’s hard not to feel that fluctuation has speeded up in recent years.

… Judges, politicians and office heads set the boundaries for intellectual property and its practitioners. In-house counsel and industry associations influence their decisions. But just as important are the individuals that challenge the established views of institutions. These can be academics, artists, inventors, bloggers or just a person who gets so angry at the perceived injustice of it all that he resolves to litigate until his money runs out.

This year’s version of the annual Top 50 aims to celebrate these visionary individuals, while still recognising the importance of people involved in the industry’s big decisions. To that end, the 50 is divided into 10 categories: five judges, five bloggers, five artists and so on. This restricts the politicians and gives the creators of intellectual property more room to shine.

… There is no nomination or voting process. The 50 people selected here are the choice of the Managing IP staff in London, New York and Hong Kong. While we didn’t always agree, I think it’s fair to say we came up with an interesting list. I hope you agree.”

As a visiting fellow at the University of Illinois at Urbana-Champaign, Shamnad Basheer started the Spicy IP blog “out of boredom” in 2005. He has three connected aims: to improve the quality of IP reporting in the mainstream press, to fight corruption in the IP system through transparency and to help create a more meritocratic IP profession in the country.

It was an ambitious agenda. Even dealing with aim one was a serious challenge: “More than 70% of IP reports in the mainstream media were factually incorrect,” he says. By writing in an accessible style and working to educate a few reporters, Basheer has helped to remedy that. While inaccurate scare stories about mythical “yoga patents” do still recur, IP reporting in India has improved. In particular, CH Unnikrishnan, a reporter for Indian business paper Mint has broken a series of important stories.

A lot of Unnikrishnan’s stories concern the second problem Basheer has in his sights – corruption. “One way to tackle this is by shedding more light on the process,” he says. The blog has consistently campaigned for greater access to information, launching a public petition on the topic in 2009. It found a close ally in PH Kurian – the Controller General of Patents Trade Marks and Designs appointed in 2009. Kurian made the system more transparent by publishing more information and, crucially, increased automation to ensure that time-consuming matters such as appeals were dealt with in chronological order, not according to the size of the envelope handed to the official. The focus has not just been on India’s Patent and Trade Mark offices. Co-blogger Prashant Reddy has been using Right-to-Information requests to uncover what has been going on at two of India’s copyright collecting societies – IPRS and PPL.

Reddy joined the blog when Basheer put out a call for new contributors in 2007. “In the beginning it was just about building up a good team of writers,” says Reddy who is, like Basheer, a former private practitioner turned academic.

It is impossible to write a blog about IP in India without getting involved in the debate on patents and access to medicines. The blog itself takes care to be issue-based and has at times criticised both the global pharmaceutical companies and the NGOs and campaigners who oppose their patent applications.

The difficulties of trying to bridge that divide were shown in 2006 when Basheer pointed out that a government report into the compatibility of India’s Patent Law with TRIPs had copied part of his submission. NGOs unhappy with the conclusions of the report then launched a campaign against the author, RA Mashelkar, claiming that the report was plagiarised, and forced the author to withdraw it and write it again.”