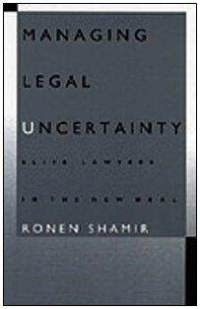 The generic drug transit seizure issue, where drugs shipped from India to Brazil via European ports were seized by customs authorities on grounds IP violation, has occupied the collective imagination of those interested in IP and trade for more than two years now.
The ever vigilant press has, in the past, reported a settlement between the EU and India (and Brazil) more than once. The last I counted, there were at least 33 such reports of such a settlement. And yet the issue appears far from being resolved.

The latest is an Economic Times report, as below:

“European Union members will not seize Indian medicines passing through Europe on allegations of intellectual property right ( IPR) violations, as per an understanding reached between India and EU.

A formal ‘Letter of Understanding’ will be exchanged between the two sides within the next two weeks, an official told PTI.

“EU has sent a final draft to us and we agree with the changes in their rules. It has accepted India’s stand and within two weeks, both the sides will exchange a ‘Letter of Understanding’ regarding this,” he said.

As per the understanding, none of the customs authorities in the 27-nation EU bloc will confiscate any drug despatch meant for third country destinations like Latin America or Africa.”

My appreciation of EU law may be fuzzy, but does this alleged “letter of understanding” carry any legal weight at all? To the best of my knowledge, only a directive, regulation or some such instrument formally voted upon and approved by the EU Parliament and Council are valid and binding on member states. A “letter of understanding” will remain an understanding, and nothing more. Should India back off from the case owing to such a non binding letter?

This might well turn on a decision to be handed down by the ECJ (European Court of Justice) shortly.

As was stated in one of the very first posts that we put up on the issue, the impugned EC Customs Directive under which the seizures were made could be interpreted in two different ways.

The Dutch (in the Sisvel case) pointed to a rather peculiar “manufacturing fiction” in the Directive and insisted they could seize goods in transit, since the assumption was that those goods were actually manufactured in the Netherlands. The English (speaking through the inimitable Justice Kitchin in the Nokia case) disagreed, stating, quite logically, that transit goods could not possibly impact the IP rights of an owner within the territory of the EU, since they were not meant for the EU (unless there was risk of serious diversion). This interpretative issue was then referred to the ECJ, the highest court in Europe, whose opinions invariably bind all member states.

Those of you familiar with EC law will know that prior to a court decision, the Advocate General (AG) gets a shot at expressing his/her tuppence on the case. This opinion is meant to guide the court, but it in no way binds the court…and there have plenty of occasions where courts have dumped it. What is striking about these opinions however is that they appear to take perverse pleasure in belittling the bard’s wisdom that brevity is the soul of wit. Speak of an endless verbal assault and you have it here. But to be fair to these AG’s, I often find their opinions far more interesting than those handed down by the court.

Back to our story. The Advocate General (AG) issued his opinion earlier this year, siding with the English interpretation and holding that goods in transit cannot be seized for IP violations, unless there was serious risk of diversion into EC markets–an interpretation that favours India and Brazil. For a good overview of the AG’s opinion, see Jeremy’s witty piece in the IPKat.

Assuming the ECJ agrees with the AG (and I personally think it will), the controversy will finally be laid to rest. And we’ll see an end to these multifarious press reports that have been threatening to settle the dispute for several months now, without much success.