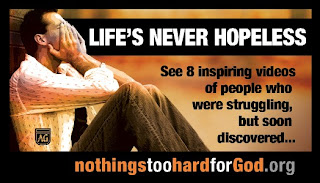 The Ministry of HRD has issued a press release on the PIB website stating that the Copyright Board has been reconstituted with retired Justice Ramesh Chandra Chopra as the Chairman of the Copyright Board along with 2 Joint-Secretaries of the Central Government, seven Law Secretaries of State Governments and three Directors/Vice Chancellors of National Law Institutes and Directors of Indian Law Institute and Indian Society of International Law, New Delhi.

The term of the previous Copyright Board headed by Dr. Raghbir Singh, had expired in April this year. The new Board will have a term for another 5 years. The possible reason for this announcement on Monday is the fact that the Delhi High Court will be hearing a writ petition pertaining to the functioning of the Copyright Board tomorrow i.e. the 19th of July, 2011. This writ petition bearing number W.P. 2516 of 2010 was instituted by the Delhi High Court on its own motion. The Division Bench was so shocked by the state of affairs at the Copyright Board that it suo moto issued notice to the Central Government and appointed noted IP lawyer Ms. Prathiba Singh as amicus curiae to advise the Court on the matter. Apparently the High Court described the state of affairs at the copyright board as ‘deplorable’. Apparently even the bare minimum, like fully equipped computers were unavailable to the Board.

Interestingly on the 15th of December, 2010 the govt. counsel had informed the Delhi High Court that steps were being taken to amend Sections 11 and 12 of the Copyright Act i.e. the provisions creating the Copyright Board. In January, 2011 SIMCA filed a PIL before the Madras High Court challenging the constitutionality of Sections 11 and 12 that create the Copyright Board along with the pertinent provisions of the rules. Given the fact that the Govt. has already introduced a Bill to amend the Copyright Act, 1957 and that it had also given an under-taking to the Delhi High Court that it would amend the law, it would have made perfect sense for the Central Govt. to file a counter-affidavit to SIMCA’s PIL stating that they would try to amend the law in Parliament in the monsoon session. This has been done before in regards the CCI and the PMLA tribunals. However last month, the Copyright Office filed a counter-affidavit through Deputy Registrar V.K. Saxena in reply to SIMCA’s PIL informing the Madras High Court that they intended to defend the constitutionality of the Copyright Board.

The newly constituted Copyright Board as is obvious from above is staffed with bureaucrats, mainly law secretaries. This was expressly barred by the Supreme Court in the NCLT case. The Supreme Court had made it amply clear that even retired bureaucrats could not be made members of tribunals. In the present case the Central Government has appointed sitting bureaucrats as members of the Copyright Board! This is a blatant breach of the ‘separation of powers’ enshrined in the Indian Constitution. I’m not sure about this but I think SIMCA or for that matter any other body could move a contempt petition against the Central Govt. on the grounds that the babus have wilfully violated the law as laid down by the Supreme Court and as explained to them by SIMCA in its PIL.

In any case I foresee a delay in the effective operationalization of the new amendments even if the amendment Bill is passed by Parliament this monsoon session. What use is having rights, if you don’t have an adjudicatory body to enforce those rights? The Copyright Board will most certainly be struck down by the Madras High Court by the end of the year and when that happens the Central Government will take atleast a year to move another amendment to the Act. The end result being that what could have been done right away, will be delayed by atleast two years. Hopeless! Only god can save the Copyright Law in this country.