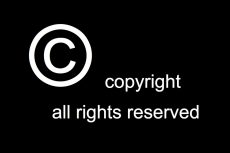 The Central Government recently notified the Copyright (Amendment) Rules, 2021 (the ‘amendments’) on March 30, amending the Copyright Rules, 2013. Notably, around 2 years back, on May 30, 2019, a draft of these amendments was released for public comments. The amendments build upon this draft and reflect some similar changes as the draft, but at the same time they differ from the draft in several substantive aspects. In this post, I shall highlight the key implications of the 2021 amendments and the significant deviations from the earlier draft.

Love-Hate Relationship with the ‘Appellate Board’

A lot of emphasis has been given in the amendments, similar to the draft, on the functioning of copyright societies in India. This includes provisions concerning establishment of traceable systems for collection and distribution of royalties, the mechanism of dealing with royalties for works whose authors cannot be located or identified, and the facility to search from the database of a copyright society. The most significant modification, however, is the introduction of a mandatory annual transparency report to be published by the Copyright Society. This report must contain, inter alia, details on license refusals, royalties collected and paid to authors, and use of amounts deducted from royalties for administrative purposes. This will help in resolving information asymmetries that have plagued the functioning of copyright societies generally where authors have not received their due share of royalties. The current amendments, however, tone down the earlier draft slightly in that they allow the societies to present broad figures without any granular details. As against this, the draft amendments had required societies to provide information with a “breakdown for each category of rights administered and type of use” and to provide reasons for any delay that occurred in payment of royalties from the “at least once in a quarter” period prescribed in Rule 58. One wonders what brought about this dilution given that it reduces utility of the transparency report and favours the opaque copyright societies.

Apart from the above, two aspects concerning copyright societies as present in the earlier draft have been omitted.

First, the draft proposed that while fixing the tariff rates the society might consider a bunch of factors such as cross-sectional tariff comparisons, economic research, the benefits to licensees, the nature and scope of the use of the work, and the commercial value of the rights in use. Similar detailing was provided in the factors to be considered by the Board in determining Tariff Scheme on appeal. This would have led to a more holistic understanding and assessment of tariff rates. This, however, is not provided in the current amendments.

Secondly, the draft proposed an alteration in the voting rights of members of a copyright society. As against the current scheme under Rule 61(5) that provides equal voting rights to all members, the draft proposed a proportionate voting mechanism in accordance with the number of works or royalties received by a member, or their duration of membership. This provision gladly did not see the light in the final amendments as it would have particularly skewed the scales against the smaller players in societies. Such a provision would have given a virtual free hand to entities such as T-Series (which coincidentally joined IPRS the day after these amendments were notified) to run societies such as IPRS given its large share of content.

The amendments modify Rule 70 dealing with registration of copyrights which prescribed that entire source code and object code of a computer programme had to be submitted for obtaining registration. The amendments, similar to the earlier draft, prescribe that “at least first 10 and last 10 pages of source code, or the entire source code if less than 20 pages, with no blocked out or redacted portions”. Accordingly, this will ensure that the confidentiality and the proprietary information present in the source code of a computer programme is not compromised merely for the purposes of obtaining copyright registration.

Major Omissions from the Draft

There are two major elements that are missing in the amendments as compared to the earlier draft. First of all, the draft sought to bring changes to the statutory licensing regime in India by specifying that a statutory license can be sought “for each mode of broadcast” as against the current phrasing restricting it to “radio broadcast or television broadcast”. This change is not present anymore in the current amendments. Notably, the question of whether internet broadcasting is covered within the ambit of Section 31D had taken a centre stage during the tryst between Tips and Wynk, with the Bombay High Court ruling that internet broadcasting cannot be said to be so covered. This decision was critiqued on the blog here. The draft sought to eliminate one of the bases of the court’s decision, but was criticised on the grounds of being ultra vires the parent statute and its implications on public interest.

Secondly, the draft proposed to omit Explanation 3 to Rule 68(4). The explanation states, inter alia, that performance includes “recording of visual or acoustic presentation” “in the studio or otherwise.” This omission was welcomed by Nandita Saikia who highlighted that despite the possible moral utility of having this explanation, it is ultra vires the parent statute that insisted on the performance being ‘live’. In contrast, Akshat argues that a restrictive literal interpretation to the term ‘live’ should not be given and a purposive interpretation would support protection being granted to “every performance rendered in real time”. The uncertainty on which of these interpretations should be favoured from a statutory interpretation point of view still looms as the current amendments decided to not touch upon the same.

In addition to the aspects highlighted above, the amendments make several procedural changes such as replacing the publication of notifications in the Official Gazette with Copyright Journal, and recognition of electronic means of operation. It, however, reflects a shallow exercise in resolving the uncertainties present (see for eg here) in the Indian copyright regime. Several issues such as the mechanism in which orphan works licensing needs to take place currently remain unclear with the rules not providing any sufficient guidance. It is, thus, imperative that a more holistic and detailed review of the rules is undertaken in a transparent and inclusive manner, allowing for adequate public participation.