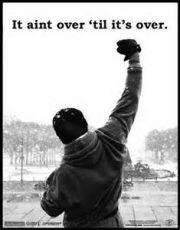 Just hours ago we broke the story about the Supreme Court judgement (pdf) dismissing the application seeking extension of the incumbent IPAB Chairperson and now we are in knowledge of an immensely interesting Draft Bill (pdf) introduced in the Lok Sabha which proposes to shut IPAB for good! The Bill was introduced the day before yesterday (11.02.2021) by the Union Finance Minister Ms. Nirmala Sitharaman, bearing the title “The Tribunals Reforms (Rationalisation And Conditions Of Service) Bill, 2021”. While seeking to dismantle the IPAB, the Bill proposes to transfer its powers to High Courts (for patent, trademarks, GI, Plant Varieties related issues) and to Commercial Courts (for copyright matters). (see here, here, here and here for the previous debate  between Prashant and Arun on scrapping/ keeping IPAB.)

Those of you who have followed the 2021 Union Budget, might be aware that the government sought to reform the tribunal system in the country to ensure “speedy justice”. The bill seems to be in furtherance of this endeavor. The Statement of Objects and Reasons of the proposed bill under para 3 and 4  accords the reasons for shutting down IPAB and 4 other appellate authorities and I am not surprised to see that they resonate well with the reasons which Prashant suggested in his posts here and here. The two para (s) are reproduced here for your reference:

Though the bill has only been proposed in the lower house as of now, I don’t think it will face any resistance in becoming an Act owing to the majority enjoyed by the NDA in both the houses of the Parliament. We are saving the discussion on the nitty gritties of the Bill for a later post along with the separate post on the above Supreme Court ruling, however, one cannot help but notice the uncanny coincidence that just the day after the proposal of this bill, the apex court dictates a judgement dismissing the request for extension of the incumbent Chairperson of the Board!