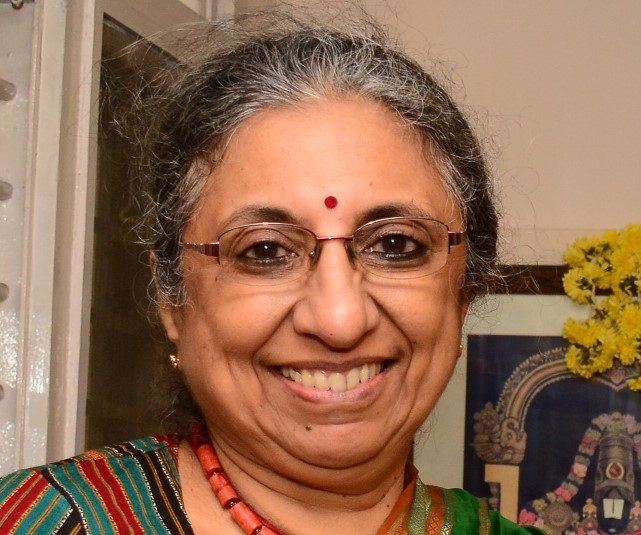 We’re pleased to bring to you a guest post by Justice (Retd.) Prabha Sridevan on the recent Bill moved by the Government in the Parliament proposing to shut down IPAB and the way forward. Justice Sridevan needs no introduction – she served as a judge of the Madras High Court from 2000 to 2010 and as the Chairperson of the IPAB from 2011 to 2013 and her stint as both resulted in a number of significant IP developments, which we have covered here, here, here and here. A more elaborate profile and Prof. Basheer’s interview of her published on the blog in 2018 can be viewed here and here. She has previously also written guest posts for us, which can be viewed here and here.

Govt’s Proposal to Shut Down IPAB and the Way Forward

The news that IPAB would be scrapped filled me with joy.

We are told that tribunals are needed for the expert insight that technical matters require, that may elude the regular judges however high the court may be. We are also told that because of the ease of procedure and speedy disposal. Tribunals lightens the traffic jam in courts and so they are necessary. All I can say is ho-hum.

Please read Monsanto Company v. Coramandal Indag Products (P) Ltd. judgment penned by Justice Chinnappa Reddy way back in 1986. Crisp, comprehensive and aligned to the Constitution, it is. It is not convolutedly drafted like some claims are. It is simple. The great judge is a “regular” judge and not a technical one but knew how the law lay. More recently on a 1st of April in the year 2013, the Novartis judgment was written by a “regular” judge, Justice Aftab Alam. He did not balk at eliciting expert guidance when he needed it. Humility is the hall-mark of greatness. Prof. Shamnad Basheer told me that at the start the Bench said that since the subject was unfamiliar explanations were needed, but that within a week Justice Aftab Alam was on top of the problem, asking probing questions. So you do not need to be a chemistry expert, or a molecular biology expert, you need application, the idea of justice and law and the focus to decide IP questions (stress on “idea of justice and law”).

When the Madras High Court was hearing the first Novartis case, the IPAB was formed and cases stood transferred to it from High Court. Presumption was IPAB was on the same tier as High Court and appeals against its orders went to the Supreme Court. Presumption wrong, press “delete”. Against an order of IPAB, a writ petition lay to the High Court. With the patent life expectancy being what it is, a writ petition to the High Court and then a special leave to the Supreme Court, could make the decision on the validity of the patent purely academic. Then again, the circuit-structure of the IPAB staggered the hearings, so the pendency too staggered. I am informed that it takes years for a revocation petition / appeal against a rejection to reach finality. The delay in filling up vacancies is well-known. SpicyIP calculated that “in its 17 years of existence, the IPAB has not had a Chairperson for a cumulative total of 1,130 days!” So “speedy disposal” vanishes like those toilet rolls did in supermarkets when the C-virus happened.

The two ostensible reasons for tribunalisation cannot therefore be sustained.

The purse is with the Government, the appointment is with the Government. I have filed a detailed report drawing from my experience as Chairperson of IPAB before the Madras High Court highlighting the problems in this area. It is not a happy report. I have also written ‘Whose tribunal is it anyway‘ in Hindu. The independence of tribunals is a big question mark. Pay parity for the staff, regularisation of their service were some of the issues IPAB had to grapple with, while deciding the Tykerb patent, Bayer v. Natco and other cases. Not a cakewalk at all, believe me.

High Courts decide constitutional rights that are enshrined in the Constitution. If the jurisdictional space of the High Courts is eaten up by tribunals, then what is left? It sorely reminds me of the monkey and the litigious cats of Aesop’s fables.

I have written a guest post about the same subject right here last year. So why should I write again? I am worried. The new normal requires a constitutional vision regarding access to health and life (see the discussion here). We are dealing with the right to life, please! Random doling out of interim and other orders makes me petrified today more than before. Moreover the IPAB cannot mould the relief as a constitutional court can. The presence of public interest in every IP case, requires a jurisdictional space that is not constrained. I have elsewhere said that “A sui generis mechanism to handle the modus operandi of IPR disputes would make the most sense.” A High Court can employ innovative tools as in a PIL, and essentially most IP disputes contain public interest, especially those involving pharmaceutical patents. Tribunals will be over-stepping their limits if they try such a line.

So what next? An IP bench in the High Courts. The Government can save all the money that is spent on the infrastructure inadequate though it is, and the salary paid to the Chairman, members and staff. We have had tax benches in every court and they are given different case numbers (in Madras High Court, it is T.C). So an IP bench will not be a novelty. IP cases can have separate numbers and go on a separate track. The composition of the IP Bench must not be changed too often. There could be a panel of expert advisors for every area of expertise applicable (patents, G.I., plant varieties etc.) from whom the Court can get the expert insight to help them decide the dispute. There could be party experts and Court appointed experts to rule out bias. Time lines can be fixed to ensure quick disposal.

These amendments scrapping the IPAB are most welcome.

P.S. I heard that even after the Supreme Court refused to extend the Chairman’s term, hearings were held at the IPAB. I hope it is inaccurate information.