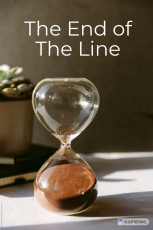 Heard it through the grapevine and saw in the causelist that Retd. Justice Manmohan Singh is still holding hearings in the IPAB and passing orders. Just a couple of days ago we reported that the application for Justice Singh’s extension as the IPAB Chairperson was rejected by the Supreme Court. The Court in its judgement (pdf) expressly noted that the tenure of the incumbent Chairperson ended on 21.09.2019 and further rejected the notion that the incumbent must remain as the Chairperson by virtue of being the sole judicial member of the Board. However, despite the above decision, it is unclear as to what is the authority by which hearings are still being held by the incumbent. In this post I shall assess the key pointers from the above decision of the Supreme Court.

The petitioner AIPPI filed a miscellaneous petition before the Supreme Court seeking directions that till a new Chairperson of the IPAB is appointed, the incumbent should continue to function as Chairperson. To this regard the petitioner raised three arguments

1) The incumbent Chairperson is eligible to hold the office by the virtue of Section 89A of the Trademark Act, 1999 which states that the tenure of office and maximum age of retirement would be governed by Section 184 of the Finance Act, 2017;

2) The incumbent Chairperson continued to remain in office by the decision of the Court in Rojer Mathew case;

3) If the tenure of the incumbent is not extended then the Board will be unable to function as it will be without a judicial member.

Extension of the incumbent Chairperson under Section 89A of the Trademark Act, 1999 and Rojer Mathew Decision

The Petitioners argued for extension of the incumbent Chairperson, who was appointed under Section 89A of the Trademark Act. They argued that Section 89A takes supremacy over Section 86 of the Trademark Act. Section 89A was inserted by the Finance Act, 2017 and points to Section 184 of the Finance Act for the term of the Chairperson. Section 184 states that the term of the Chairperson is to be fixed as per the rules framed by the Centre which cannot prescribe for a Chairperson whose age exceeds 70 years. They further argued that the incumbent Chairperson stayed in office by virtue of the Supreme Court decision in the Rojer Mathew case, which scrapped the Tribunal Rules, 2017, framed by the Centre and stated that till new rules are framed, the terms of all the sitting members and Chairpersons of various tribunals were to be protected on the basis of the relevant statute before the Finance Act, 2017. (see here for Balu and Pankhuri’s assessment of the Rojer Mathew Decision) Consequently the new Tribunal Rules 2020 were framed which were modified by the Supreme Court in Madras High Court Bar Association case by fixing the term to 70 years. (see here for our assessment of the decision)

On the other hand, the intervenor argued that Section 184 does not ipso facto prescribe or indicate any term of appointment or tenure, except to enumerate outer limits of tenure terms. Thereby arguing that the term prescribed by the Act means that the age of the Chairperson should not exceed 70 years and not that it shall last till the Chairperson reaches 70 years.

The Court agreed with the intervenors in the matter and made the following key observations with regard to the term of the appointment:-

The Necessity of a Judicial Member

The Petitioners also contended that the tenure of the incumbent Chairperson must be extended since he is the sole judicial member in the Board and in his absence the Board will be headless and will not be able to function. The Court observed that the board cannot remain headless when there are other members in it. As per Section 84(3) a Chairperson can function as both a judicial and technical member. The Court read it to mean that a Chairperson can be a technical member as well. The Court then noted that Section 87 enables a Vice-chairperson, or as the case may be the senior-most member of the board to act as Chairperson in the event of a vacancy to that position, or in the event of the incumbent’s inability to function in the post. Recalling that “incumbent five technical members all hold legal qualifications”, the Court observed that “four of these incumbent members were practising advocates in specialized fields of intellectual property (trademarks, and copyright) and one technical member (patents) had experience in the Patent Office.” Thus, “the fact that they were appointed as technical members cannot obfuscate the fact that they are legally trained and qualified.”

The order is pretty clear on the decision and has left no scope for doubt regarding interpretation of the existing law on the tenure of the Chairperson. However, as pointed out above the IPAB is still holding hearings and might be disposing of the matters with the incumbent as the Chairperson. Considering the above state of affairs in the IPAB, another decision by the Supreme Court comes to my mind where the court held-

“Because of the power he wields, a Judge is being judged with more stricter than others. Integrity is the hall-mark of judicial discipline, apart from others.”