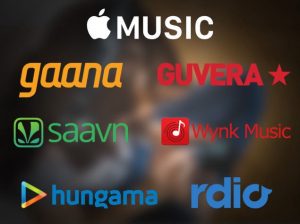 We’re pleased to bring to you a guest post by Karan Dhalla, a 4th year student at the National Law School of India University, Bangalore. The post critically analyses the judgment passed by the Bombay High Court in Tips v. Wynk earlier this year, wherein it was held that the statutory licensing scheme under Section 31D of the Copyright Act does not apply to internet broadcasting. We’d covered this judgment in an earlier post here.

In Tips Industries Limited v. Wynk Music Limited & Anr., J. Kathawala of the Bombay High Court held inter alia, that the scheme for statutory license under Section 31D of the Indian Copyright Act, 1957 does not cover internet broadcasters. Divij’s previous post covered the background of this dispute. With respect to internet broadcasting, he covered how the High Court read the full scheme of Section 31D with Rules 29 & 31 of the Copyright Rules, 2013 to limit statutory licenses to radio and TV broadcasters.

In my opinion, the Bombay High Court has erred on 3 counts – first, Section 31D does not discriminate over the medium of broadcast; second, legislative commands in Section 31D do not affect the powers of the Intellectual Property Appellate Board (IPAB) and third, the lack of qualification to “broadcast” in Section 31D(1) shows that the Parliament has no intention to discriminate between broadcasters.

No Discrimination Over the Medium of Broadcast

Section 31D does not discriminate between broadcasting organizations over the medium of broadcast. A bare perusal of Section 31D indicates that provision for a statutory license is contained in the first part of the section itself, and all the following sub-sections are merely legislative commands on the conditions precedent for availing the statutory license. Section 31D(1) is plenary in nature and provides that “any broadcasting organization desirous of communicating to the public by way of broadcast” may potentially avail of a statutory license. Broadcast under Section 2(dd) of the Act is communication to the public by any means of wireless diffusion. Neither Section 2(dd) nor Section 31D(1) draws any distinction between broadcasters on the basis of their chosen medium. Thus, the Bombay High Court has effectively supplied words to Section 31D(1), reading “by way of broadcast” as “by way of radio and TV broadcast”. This reading down of a clear and unambiguous provision is impermissible.

An interesting indirect challenge to this line of argument was raised by MV Swaroop in a previous post. According to him, it is questionable whether internet music streaming service providers “broadcast” content in the first place – for on-demand streaming does not qualify as communication to the public. He argues that the definition does not cover services, where individuals can decide the place and time for hearing music.

With respect, I disagree with his assessment. “Communication to the public” has been defined under S. 2(ff) as “making any work or performance available for being seen or heard…. Whether simultaneously or at places and times chosen individually, regardless of whether any member of the public actually sees, hears or otherwise, enjoys the work so made available.”

The obligation incumbent on the proprietor is to solely make the musical works available and her status as a communicator to the public is not affected by how individuals may choose to consume the work. Music streaming providers clearly meet this threshold. All musical recordings are made available for being heard by the user simultaneously, and the user may choose to actually hear some music and not hear others. The factum of an individual having the choice manifests only in some songs being heard while other songs left unheard. Section 2(ff) clearly does not contemplate such a high threshold on the service provider to limit consumption to a particular time and place, as long as they make it available simultaneously, they are covered.

Digressing from statutory licensing, such an interpretation would also not cover recording options offered by almost all satellite providers, merely because individuals decide what to record and when to watch. Copyright issues aside, this would mean that the organizations will not be extended some basic protections afforded to communicators to the public solely in respect of record-able content [author may waive royalty rights for communication to the public under S. 18 et al]. This would create an artificial schism between general broadcast and recordable broadcast and unnaturally raise the cost of compliance for potential broadcasters.

Legislative Commands Do Not Affect the Powers of the IPAB

Section 31D(3) is a specific provision for TV and radio broadcast that does not exclude anything included within the general provision under Section 31D(2). It is true that Section 31D(3) prescribes that the royalty rates shall be different for radio and TV broadcast. However, it must be read with Section 31D(2), which authorizes the IPAB to set royalty rates for all applicants, who may be “any broadcasting organization desirous of communicating to the public by way of broadcast or by way of performance.” A joint reading of the two provisions does not support the conclusion that Parliament intended to limit statutory licenses to radio and TV broadcasters, rather Section 31D(3) is merely a legislative command to the IPAB  on how to proceed in a specific context– since music TV and radio broadcast are consumed differently and reach different sections of society, Parliament commands the IPAB to set royalties differently. This legislative command does not limit the plenary authorization of the IPAB contained within Section 31D(2), to set rates for all potential applicants.

Further, it is settled law that rules have to be interpreted within the contours of the statute. Rules are made to implement the rights granted in the parent statute. An interpretation of the Rules that abrogates statutory rights is wrong and impermissible. J. Kathawala’s use of Rule 29 & 31 to circumscribe the openly-worded guarantee of Section 31D(1) to radio and TV broadcasters is thus, an incorrect construction. If this interpretation holds up and the Rules are deemed to discriminate between broadcasters over the choice of medium, then they are blatantly inconsistent with Section 31D(1) and are void.

No Qualification to “Broadcast” in Section 31D(1) is Telling

J. Kathawala’s reliance on the Rajya Sabha report is misplaced. Use of external aids to interpret a provision is legitimate when the provision is unclear or ambiguous. Where the statute is clear, external aids cannot be used to dilute the statute. In any case, J. Kathawala’s inference that the Parliament knew about internet platforms and thus, the omission of internet broadcasting from Section 31D is clinching, is tenuous. It could just as well be argued that had the Parliament intended to distinguish between broadcasters on the basis of medium, it would have done so in Section 31D(1). Parliament was of course, aware that the definition of broadcast in Section 2(dd) as ‘communication to the public by any means of wireless diffusion’ is open-ended and clearly covers Internet broadcasting. Thus, Parliament’s refusal to qualify the term “broadcast” in Section 31D(1) reflects the intention to not discriminate between providers on the basis of their medium.

The draft Copyright (Amendment) Rules, 2019 have clarified the government’s intention at least. The DPIIT have substituted any reference to ‘radio and television broadcasting’ in favor of ‘each mode of broadcast’ to resolve this interpretative conundrum. The intention is clear; internet broadcasters serve public purpose and can indeed apply for statutory licenses. It will be interesting to see if this amendment causes a shift in J. Kathawala’s reasoning in the almost identical Spotify dispute later this year.

Is Internet Broadcasting Really So Different from Radio?

The unarticulated major premise behind the Tips judgment is that an open construction of Section 31D would significantly prejudice the ability of the copyright holders to negotiate optimal arrangements for themselves and allow broadcasters to profit. But Parliament has made that trade off in favor of broadcasters. The statutory licensing scheme stems from recognition of the problem that record labels often use their monopoly power to withhold communication to the general public or negotiate exorbitant royalties. With this scheme, the State has endeavored to award compulsory licenses to ensure greatest access to the public, at fair and equitable royalty rates.