Continuing from my previous post, in this post, I will cover the decision of the court in the case of MySpace v. Super Cassettes and its reasoning for the same. I will devote a section specifically to the issue of the interpretation of S.79 and S.81 of the IT Act which has a significant bearing on the immunity available to intermediaries for hosting content that infringes copyright.
DECISION OF THE COURT
I.                    Authorising infringement of works
The court by making a reference to S. 14 and S.51(a)(i) of the Copyright Act,  noted that infringement is the doing of any act, which the owner of the work is permitted to do, by any person not authorised to do so by the owner. The court noted that ‘the  act  of  authorizing  is  something  more  than  merely  providing means  with  knowledge  and  require  further  active  participation  of  the person than that of the permitting the place for infringement.’ The court made an important distinction between the authorisation which would fall within S.51(a)(i) and (ii), the latter requiring actual knowledge and reasonable belief, and the former involving the participation of the defendant and exercise of control, besides knowledge. After going through several English precedents on this point, the court found that  the  question  of authorisation required further proof of participation, which could only be determined at the trial stage and hence, refused to deliberate further on the issue of violation of S.51(a)(i). 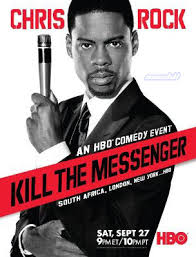