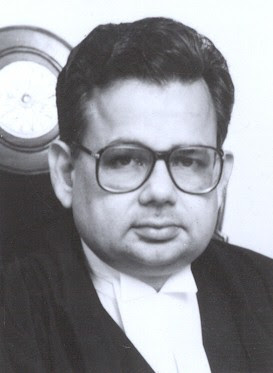 A highly contentious Supreme Court case involving the patentability of Novartis’ anti cancer drug, Glivec continues to be mired in suspense and controversy. And might just make it to the Guinness Book of Records for the most number of recusals.
First, it was Chandrasekharan who refused to step down despite the clearest apprehension of bias (given that it was under his administration that the patent was denied and he saw it fit to sit in appeal over his own decision). He was finally forced to step down.

Next we have Supreme Court judges recusing themselves owing to general statements made at conferences, grounds that make for much lower “recusal” thresholds. First it was Justice Katju. Now, we have Justice Dalveer Bhandari following suit. He announced this morning that he was recusing himself from this case.

Manoj Mitta, a leading journalist at the Times of India reports:

Two years ago, Justice Markandeya Katju of the Supreme Court had withdrawn from hearing a patent dispute vitally concerning pharmaceutical majors. Justice Dalveer Bhandari, the head of the bench that has since been dealing with the case, is now under attack, this time from health activists.

Though he did not himself give any reason for it, Katju’s recusal in 2009 from the appeal filed by Novartis was then widely attributed to an article written by him in a legal journal conceding, much to the embarrassment of multinational companies, that “many of the medical drugs available in the market are too costly for the poor people in India” and that “ways and means should therefore be thought out for making these drugs available to the masses at affordable prices”.

In what seems virtually a reversal of the situation, the health activists demanded on Monday, on the eve of the next hearing of the case, that the government should seek Justice Bhandari’s recusal as he had participated in at least two international conferences for judges organized by the US-based Intellectual Property Owners Association (IPOA), whose members include Novartis, among a host of pharmaceutical and IT giants.

The stated purpose of those conferences attended by Justice Bhandari in 2009 ( Washington) and this year ( Brussels) was to help “intellectual property (IP) law attorneys and other interested parties” get an opportunity to interact with judges from around the world. In the 2009 conference, Justice Bhandari presented a paper arguing that pharmaceutical MNCs should “educate people regarding the importance of the protection of IP rights” and they should “make all efforts to ensure that all countries are persuaded to enact proper laws”.

Alleging that “several statements in the paper could be held to be in conflict with the intent and letter of the Indian Patent Act”, health activists wrote to three ministers stating that the government should take up the matter of recusal with Hon’ble Justice Bhandari “to avoid any room for questions to be raised once the judgment is given in light of the already expressed opinions on IP”.

I’m a little lost here, so will look for guidance from readers who have better insights into the norms relating to recusals.

The allegedly damning statement that called for the recusal is this:

Justice Bhandari advocated the educating of “people regarding the importance of the protection of IP rights” and stated they should “make all efforts to ensure that all countries are persuaded to enact proper laws”.

The letter calling for his recual from health activists alleges that these statements “could be held to be in conflict with the intent and letter of the Indian Patent Act”?

Really? The Indian Patent Act and the Indian Government do not recognise the importance of IP rights? And the need for “proper laws”?

I’m yet to access a copy of the full letter calling for this recusal; it might just be possible that there are more damaging statements in there that could make out a case for recusal.

Whatever be the final outcome, this case will continue to mystify those of us tracking it. With so many hurdles along the way, one wonders whether this is the final nail in the coffin for Novartis. Or whether it will wait for another bench to be constituted and fight this case till the finish.