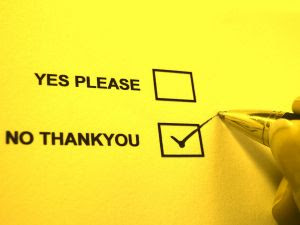 In an extremely surprising order, Justice Sistani of the Delhi High Court passed an ex-parte interim injunction, on the 16th of September, 2011 against Symed Laboratories Ltd. in a lawsuit filed by Vifor (International) Ltd., a European Pharmaceutical Company for the violation of its Indian patent no. 221536. It must be noted that the patent has been granted to Vifor (International) AG i.e. the Swiss parent company and not Vifor (International) Ltd, which is the entity that has filed the present patent infringement suit. This could mean that, unless the Delhi High Court Registry has goofed up by inserting ‘Ltd.’ instead of ‘AG.’, an Appellate Court will have to set-aside the injunction on the grounds that the suit has been filed by the wrong group company. (Image from here)

The patent in question claims a water soluble iron carbohydrate complex of a particular weight and which has been derived through a specified process which is also covered by the patent. Claim 1 of the patent is reproduced as follows:

I now reproduce below the operative part of the ex-parte injunction granted by Justice Sistani:

Plaintiff has filed present suit for permanent injunction restraining infringement of Indian Patent no.221536, delivery up, rendition of accounts and damages. It is stated that the plaintiff through its comprehensive, clinical and scientific development programmes has invented an iron replacement product portfolio consisting of its product Ferinject?, Venofer? and Maltofer?.

Mr.Anand, also submits that the patent in the suit relates to the plaintiff?s invention, which is novel water-soluble iron carbohydrate complex and a process for preparing the same.

The certified copies of the plaintiff?s certificate for its Indian patent No.221536 have been placed on record. It is submitted that plaintiff has learnt recently that defendant no.1 who is also involved in manufacture and marketing of bulk pharmaceuticals products, has launched an infringing product ?iron carboxymaltose also known as ferric carboxymaltose? from defendant no.1 and 2?s website www.symedlabs.com and subsequently from the other third party websites wherein defendant is advertising and offering for sale its infringing version of ferric carboxymaltose compound also known as iron carboxymaltose. A screen shot of the website of defendants showing their advertisement and offer for sale of the infringing iron carboxymaltose has been reproduced in the plaint. The plaintiff has also extracted a reference chart showing the infringement by the defendant of the plaintiff?s patent. It is submitted that the conduct of the defendant is also in violation of the provisions of The Drugs and Cosmetic Acts 1940. Learned counsel also submits that patent of the plaintiff is valid for 20 years since 2003 in India and is renewed till 2012. Hence, counsel for the plaintiff prays for an ex parte interim injunction.

Issue summons in the suit and notice in the application to the defendants, returnable on 15.12.2011.

I have heard counsel for the plaintiff and perused the plaint, application and the documents and am satisfied that this is a fit case for grant of ex parte injunction and in case ex parte injunction is not granted, plaintiff will suffer irreparable loss and injury. Accordingly, defendants, their directors, employees, officers, servants, agents are restrained from making, selling, distributing, advertising including on its website www.symedlabs.com and third party websites, exporting offering for sale, and in any other manner, directly or indirectly, dealing in any product that infringes the subject matter of IN?536.

Provisions of Order 39 Rule 3 CPC be complied with within seven days.

The Supreme Court precedents on the grant of ex-parte orders: On this blog, we have time and again criticized Indian courts for granting ex-parte orders in extremely complex patent infringement suits. Shamnad had touched on some of these issues in an earlier post criticizing the Madras High Court for granting such an order in a patent infringement suit filed by Roche against Matrix. There are several Supreme Court precedents on the circumstances in which the Court may grant an ex-parte order. Shan had blogged about one such decision earlier. Apart from that case there is also the case of Union of India v. Era Educational Trust & Morgan Stanley Mutual Fund v. Kartick Das where the Supreme Court of India slammed the general practice of granting ex-parte interim injunctions in civil suits. The general principles laid down in these cases are as follows:

(a) whether irreparable or serious mischief will ensue to the plaintiff.

(b) whether the refusal of ex parte injunction would involve greater injustice than the grant of it would involve;

(c) the court will also consider the time at which the plaintiff first had notice of the act complained so that the making of improper order against a party in his absence is prevented;

(d) the court will consider whether the plaintiff had acquiesced for sometime and in such circumstances it will not grant ex parte injunction;

(e) the court would expect a party applying for ex parte injunction to show utmost good faith in making the application;

(f) even if granted, the ex parte injunction would be for a limited period of time.

(g) General principles like prima facie case, balance of convenience and irreparable loss would also be considered by the court.

s is obvious from the order of Justice Sistani, hardly any of the above factors have been considered by the High Court. The Judge has not even indulged in the basic cursory discussion on how the denial of an ex-parte order would cause irreparable injury to the Plaintiff. The other deficiencies in the case are as follows:

(i) The ‘Claims’ of the patent are not even reproduced or discussed in the order. How can an ex-parte order be granted without even referring to the main claims?

(ii) The Court does not explain how it has assumed jurisdiction especially when the Defendant is situated in Hyderabad and not Delhi.

(iii) There is also no discussion on whether the Plaintiff is even selling the product in India.

Conclusion: Nevertheless, at the end of the day, this order is a rare victory for the pharmaceutical industry in India and they should savour it for as long as it lasts.