Sumathi had recently discussed the Virgin Airways case and had very neatly summarized the proceedings at the Chennai patent office.  This post analyzes the decision in further detail, and provides key claim construction issues and drafting style pointers as discussed in the decision.  My take on the “concept level rethink” issue is that the inventor had approached the problem of providing best possible seating arrangement in a constrained space by changing both the seat (first opposition) and the arrangement (second opponent) that it went way beyond the then established methods.
Brief Facts:  Virgin Atlantic Airways Ltd. (hereafter “Virgin”) applied for a patent in India related to passenger seating in an aircraft.  The object of the invention was to provide improved passenger accommodation for a business-class section of a passenger aircraft, where the accommodation incorporated a flat sleeping surface of maximal length and/or maximal width.  Jet Airways (India) Ltd. (hereafter “Jet”) opposed the grant of patent to Virgin’s application on the grounds that the invention was not novel (anticipated) and was obvious in view of prior art submitted.  Over the course of prosecution of the patent application, the applicant made and submitted to the patent office, several changes to the claim set after the First Examination Report (FER).
Jet opposed the inclusion of an amended set of claims because it felt that Virgin was encompassing new matter not fully described in the originally filed specification and hence the changes (to the claims) were going beyond the scope of the specification, which is not allowed under section 59(1) of the Patents Act.  Virgin argued that for an invention to lack novelty, its complete subject matter must be derivable from the prior art in a single document.  Virgin also argued that the examination of the inventive step should include the preamble of a claim as well.  More importantly Virgin argued that two prior art documents could not be combined to yield a particular result if their teaching is contradictory.  In response to the obvious argument raised by Jet, Virgin argued that Jet had adopted an “ex-post facto” claim analysis, and hence could not be the correct standard for judging claims.  Jet tried to introduce new citations some time in 2010 (original opposition was filed in 2008!!) but the Controller correctly did not allow the same to be taken on record as it did not destroy novelty. 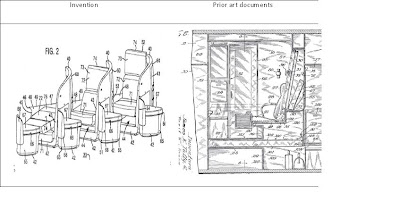 After the First pre-grant opposition, Virgin made certain amendments to the claims including combining certain independent and reiterated their stance on the opposition grounds made earlier.  The Controller considered the resubmitted claims and found them to be both novel and unobvious in view of the art submitted by Jet.  In late 2010, Premium Aircraft Interiors UK Limited, later on renamed as Contour Aerospace Limited (hereafter “Contour”) filed a second pre-grant opposition proceeding against Virgin’s application.  Contour did not oppose the complete claim set but only a partial one, 44-54 on the grounds of being anticipated and obvious in view of additional cited art.  After the first opposition by Jet, Virgin had grouped the claims according to a passenger accommodation unit (Group 1: Claims 1 to 14); a passenger seat assembly (Group 2: Claims 15 to 45); a passenger seating system (Group 3: Claims 46 to 54); a seat unit for a passenger seating system (Group 4: Claims 59 to 66); and omnibus claims (Claims 55 to 58), which were later deleted.  Contour was therefore challenging only the passenger seating system claims.

The Controller decided that none of the cited documents by Contour contained all features of as disclosed by the Virgin because Contour had obviousness by selecting individual features from separate documents without saying (a) which document would serve as the basic starting point for combination with one or more of the other documents for the purpose of constructing of the present claims; and (b) what motivation the skilled person would have in selecting each feature.  The Controller also had occasion to discuss whether art (certain Airbus and American airline patents) submitted by Contour could be used against Virgin.  Virgin submitted that because both Airbus and American Airline patents had a priority date that was after the priority date of their application, both of them could not be used as prior art against them and the Controller agreed with Virgin. 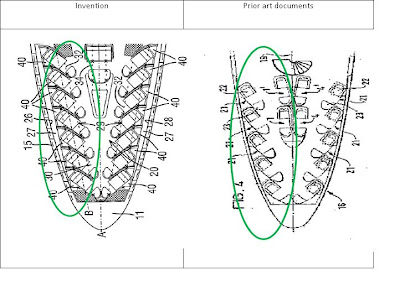 Both Jet and Contour opposition proceedings therefore failed because neither was able to show that the application was not novel and obvious.