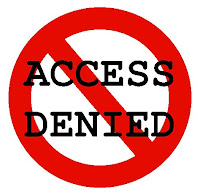 Regular readers of this blog are probably very familiar with the spate of posts covered here relating to the Right to Information (RTI) Act, and applications made before various IP offices in connection with the same. Some of my co-bloggers, notably Prashant Reddy, have achieved considerable success in obtaining information from the offices (which anyway ought to have been in the public domain).

Our guest post today, by Sai Vinod Nayani, our ‘regular’ guest blogger, and a fourth year student of NUJS, debates on recent responses by the various offices where such requests for information were rejected, on grounds that there were alternate rules that allowed such requests. Sai discusses the legality of the RTI in context of alternate rules, and whether such rejections are lawful. (Image from here.)

Denial of Public Information by IP Offices under the RTI Act

In spite of this, the Patent Office and the Copyright Office continue to impose fees for inspecting public documents under rules other than ones framed under the RTI Act. While an extract from the Register of Copyright costs Rs. 20 per work, an inspection of the Register of Designs costs Rs. 250. An inspection of published patent documents can be done for a fee of Rs. 200 in addition to Rs. 4 per page for a photocopy. On the other hand, the RTI (Regulation of Fee and Cost) Rules, 2005 require a mere Rs. 10 for filing a request, while no fee is collected for inspection of public documents for the first one hour. It is outrageous that the Indian IP Offices continue to provide public information at a very high premium.

The Supreme Court’s CPIO refused information relating to judicial records under the RTI Act on the ground that the Supreme Court Rules, 1966 already made provisions for obtaining such information. Few other instances have been reported where the PIOs have refused information under the RTI Act in the presence of alternative rules. Overruling the CPIO’s order, the above CIC order observed that “it is the citizen’s prerogative to decide under which mechanism i.e. under the method prescribed by the public authority or the RTI Act, he/she would like to obtain the information”.

The CIC, in overruling one of its previous orders, took assistance from Section 22 of the Act which reads:

Act to have overriding effect: The provisions of this Act shall have effect notwithstanding anything inconsistent therewith contained in the Official Secrets Act, 1923, and any other law for the time being in force or in any instrument having effect by virtue of any law other than this Act. (emphasis added)

It is a well settled principle of law that the legislative intent behind the insertion of non-obstante clause in any provision is to give effect to that provision over and above any other contrary provision. It implies that the operation of the provision is not impeded by any other rule. Moreover, a special rule is not abrogated by a later rule expressed in general terms without any clear inconsistency between the two. The CIC order discussed the maxim generalia specialibus non derogant (general things do not derogate from special things). According to this maxim, it is not the legislative intent to make a general rule interfere with an earlier special enactment. The special rules cannot be deemed to be repealed by implication unless there is any inconsistency which cannot be reconciled.

Rule 27 of the Patent Rules, 2003 provides for inspection of published patent applications. This provision, in substance, is similar to right to inspection of public documents under the RTI Act. Therefore, there is no inherent inconsistency between the special rule and the RTI Act. The validity of the special rule, however, cannot exclude the application of the RTI Act. With the operation of the non-obstante clause, a PIO cannot refuse information under the RTI Act unless it falls under the exemptions laid down under Sections 8 and 9.

The IP Offices under this pretext are denying information to citizens. The RTI Act has the advantage of an elaborate procedure for obtaining information and an appellate mechanism for grievance redressal. Additionally, the fee charged under the RTI Act is only for the purpose of providing information i.e. inspection or making copies of the public information and for no other costs incurred including any expenses over collecting information. Therefore, the continuing application of special rules despite the presence of the RTI Act, goes against the spirit of the constitutional guarantee of right to information.