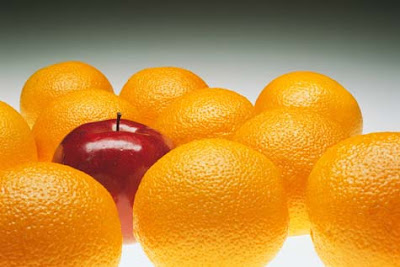 When a Scandinavian colleague of mine recently opined that Indian IP was “interesting”, I thought it a gross understatement and a rather mild label. For Indian IP is not just interesting: it is highly entertaining, exotic, spicy, quirky, you name it! With each species of IP that we touch upon, we somehow manage to carve out a distinct identity and draw international attention.
Think patents and you have the mysterious section 3(d) that continues to be mired in controversy. With copyrights, we have version recordings and the like. And if the copyright amendment bill finally goes through, we’ll have some unique royalty sharing provisions to contend with…clearly, Indian IP lawyers are blessed with enough intellectual excitement, thanks to these distinctively desi provisions.

The recent addition to the basket is from a rather under-theorised and under-discussed IP species, namely “domain names” (which many see as a subset of “trademark” law). Amlan had already blogged on this curious decision from the Delhi High Court that effectively forced a certain Stephen Koenig to part with his registration of the domain name “internet.in”.

The courts’ reasoning was that since the complainant had a registered trademark covering the term “internet” and Koenig had no such trademark registration, he ought to be divested of it.

What this decision does is to effectively plunge the threshold for retrieving a domain name to abysmally low levels. Put another way, it converts India’s domain name dispute resolution policy (INDRP) into one of the most “liberal” and trademark owner friendly ones ever known. Let me explain:

Most domain name dispute resolution policies embody norms that are quite distinct from standard trademark jurisprudence in that they redress only a select category of cases that go by the wide epithet of “abusive registrations” i.e. cases representing an intentional use of a domain name with a view to profit from its “trademarked” status, to the detriment of the trademark owner.

WIPO’s pioneering UDRP (uniform domain name dispute resolution policy) set the benchmark in this regard and since then, several national policies have followed suit and crafted abusive registration policies on similar grounds. At its core, a policy meant to curb abusive registrations mandates that the trademark owner must necessarily prove that:

1. the registered domain name embodies a mark, over which he/she has a valid trademark right.
2. the domain name registrant has no legitimate interest in that name.
3. the name has been registered and is being used in bad faith

These 3 pre-requisites are spelt out in ICANN’s UDRP (in paragraph 4 (a)) and explicated in innumerable decisions that have issued forth since the advent of this policy in 1999. While the precise import of each of these criteria is subject to intense debate (eg. binary vs unitary concept of abusive registration), it is widely accepted that all of the 3 pre-requisites have to be shown to exist before a trademark owner can retrieve his/her name from an alleged cyber-squatter.

A trademark dispute policy on the other hand merely requires (for the most part) that the trademark owner establish that he/she has better rights in the name than does the alleged infringer. In other words, in many jurisdictions, the infringer may have no prior notice of the registered trademark, and may have adopted it innocently, but could still be prevented from using it. However, in a domain name dispute, the innocent adoption of a name for a legitimate purpose would create a valid defence in favour of the domain name registrant.

The Delhi High Court has effectively eviscerated this distinction between standard trademark disputes and domain name disputes by holding that all of the 3 pre-requisites need not be shown to exist. Rather any one or more of the criteria is sufficient. Before I extract the courts’ ruling in this regard, it is important to reproduce both the policies here:

“You (the domain name registrant) are required to submit to a mandatory administrative proceeding in the event that a third party (a “complainant”) asserts to the applicable Provider, in compliance with the Rules of Procedure, that:

(i) your domain name is identical or confusingly similar to a trademark or service mark in which
the complainant has rights; and

(ii) you have no rights or legitimate interests in respect of the domain name; and

(iii) your domain name has been registered and is being used in bad faith.

In the administrative proceeding, the complainant must prove that each of these three elements are present.”

Para 4 of the INDRP which corresponds to Para 4 (a) of the UDRP reads as under:

“Any person who considers that a registered domain name conflicts with his legitimate rights or interests may file a complaint to the .IN Registry on the following premises:

(i) the Registrant’s domain name is identical or confusingly similar to a name, trademark or service mark in which the Complainant has rights;

(ii) the Registrant has no rights or legitimate interests in respect of the domain name; and

(iii) the Registrant’s domain name has been registered or is being used in bad faith.”

And now for the courts’ problematic extract which effectively places India’s policy on a separate pedestal than most other domain name dispute resolution policies, most notably that of WIPO’s UDRP. In the courts words:

“Para 4 INDRP is different from Para 4 (a) UNDRP in a significant way. While each of the sub-paras (i) to (iii) of Para 4 (a) of UNDRP are required to be ‘proved’ by the complainant cumulatively, as far as Para 4 INDRP is concerned the complainant can file a complaint on the ‘premises’ outlined in sub-paras (i) to (iii) of Para 4. There is no requirement that “each of the three elements” are shown to exist. If this is understood in light of the fact that the conjoint “and” is missing at the end of sub-para (i) of Para 4 INDRP, then it is possible to interpret Para 4 INDRP to mean that a complainant can succeed if he proves that the ground in sub-para (i) exists by itself. Alternatively he can succeed if he proves that the grounds in sub-paras (ii) and (iii) exist.”

The net impact of the courts’ jurisprudence is this:

Imagine a doctor who registers the domain name “apple.in” to showcase her personal orchard where she grows apples and dispenses them for therapeutic properties (in keeping with the age old wisdom that an “an apple a day keeps the doctor away”). Under this ruling, Apple computers, the makers of ipad, ipod and several other i-candy gizmos can wrest away the domain from the poor doctor on the ground that the company has a trademark registration in its favour (and the doctor does not). It does not matter that the good doctor has a legitimate interest in the name or that she has not registered it or used it in bad faith.

The result is truly astounding and once again puts India on the IP map, for having struck a different chord, albeit a highly discordant one!