share
In a recent 26 pages, well-reasoned judgment a Division Bench of the Delhi High Court consisting of Justice Sanjay Kaul and Justice Rajiv Shakhder dismissed an appeal by Dr. Wobben against an order of Justice Ravindra Bhat, dated 6th December, 2010. We had earlier covered Justice Bhat’s order over here. The DB’s order is available over here. 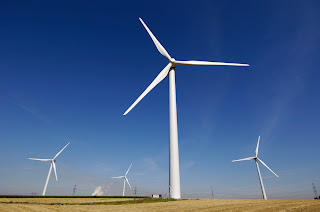 This order is the latest in the series of legal defeats suffered by Dr. Wobben and his company Enercon GmBH in their four year legal battle against their Indian subsidiary, Enercon India Ltd. The present round of litigation pertains to the 23 revocation petitions filed by Enercon India, before the IPAB, seeking the revocation of 23 patents belonging to Dr. Wobben. In late 2010, the IPAB heard 12 of these petitions and ended up revoking all the patents challenged in these petitions. The remaining 9 petitions are scheduled to be heard before the IPAB in February, 2012. (Image from here)
Sometime after these revocation petitions had initially been filed in 2009, Dr. Wobben and his company Enercon GmBH filed a series of patent infringement suits before the Delhi High Court. In the course of defending these suits, Enercon India Ltd. filed several counter-claims, in the infringement suits, seeking revocation of the patents that were claimed to be infringed. This is permissible under Section 64. It however turned out that the same patents were the subject of revocation proceedings before the Delhi High Court and the IPAB. This would mean that both forums would be deciding similar questions of law and fact.
In late 2010, Dr. Wobben had moved the Delhi High Court seeking a stay of the proceedings before the IPAB until the Delhi High Court had disposed the infringement suits and the counter-claim for revocation. This request was denied by Justice Ravindra Bhat via an order dated the 6th December, 2010 on the grounds that both the remedies before the IPAB and the High Court could proceed concurrently under the law. This decision was appealed to the Division Bench, which delivered its judgment on the 20th of January, 2012.
Justice Shakhder, who authored this judgment on behalf of the Division Bench, rejected Dr. Wobben’s plea that the ‘Doctrine of Election’ precluded Enercon India from maintaining similar remedies in different forums when it had actively chosen/elected to proceed before one forum. Justice Shakhder notes the following as one of the basic requirements to invoke the ‘Doctrine of Election’:
(i) The existence of two or more remedies;
(ii) Inconsistencies between the two remedies;
(iii) A choice between two of them.
In the present case, the Court reasoned that the nature of both the remedies was essentially different since the IPAB could be approached for revocation only by ‘interested persons’ while the counter-claim for revocation in the infringement suit could proceed only in cases where the defendant had been sued for infringement. Further the Court also pointed out that both these remedies were not inconsistent with each other since they could proceed simultaneously. The final nail however appeared to be the fact that Dr. Wobben had requested for a stay on the proceedings before the IPAB only several months after it had knowledge of both the revocation petitions before the IPAB and the counter-claims for revocation before the Delhi High Court. This delay was despite the fact that Enercon India was pushing for both remedies equally hard without committing itself to any single forum.
Interestingly the Division Bench seemed to have been more inclined to stay the infringement suit before the Delhi High Court itself. The High Court stated this in response to Dr. Wobben’s argument that Section 10 of the CPC allowed the stay of civil suits on the grounds of res-subjudice. This doctrine however can be applied only in civil suits that are governed by the CPC and the IPAB is not governed by the CPC.