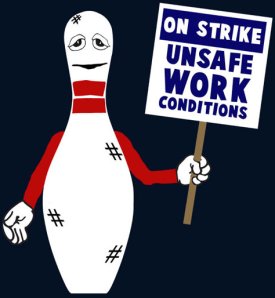 One of the long standing demands by the examiners and controllers of the patent office has been for the introduction of the ‘flexible complementing scheme’ (FCS). This demand was reiterated most recently by Dr. Kardam, Deputy Controller of Patents, in his feedback to the DIPP’s discussion paper on the review of the organizational structure of the patent office. The FCS scheme is basically an incentive mechanism which was applied to all scientific and technical staff in the ‘Group A’ cadre of the Central Government. (Image from here)
I’m not sure about how this scheme works but rest assured that it means more money for examiners and controllers and the demand to extend this to the Patent Office has been around for some time. The logic for this demand is rather simple. The Patent Office is often competing with other scientific establishments to attract the best talent for the posts of patent examiners. Since similarly qualified persons will be applying for both the patent office and other scientific establishments which have FCS, it is likely that such persons will be more inclined to opt for the latter posts.
The Central Government had initially opposed this demand from the FCS on some not so convincing grounds. The reasons as explained in this internal memo (available here) of the Central Government, dated 8th August, 2003 explains to the then Controller General of the Patent Office that the patent office is involved in “administrative job of registering patents, industrial designs/extension of copyright rather than carrying out any research and development activity. While their job may require some technical expertise, however, the same cannot be held as scientific and research activities warranting extension of FCS in their case”.
The memo then goes on to state “The officers in the Patent Office only have technical qualifications and their work is different than that of scientists as they register the patents not after original research but after consulting experts in the relevant field”. Clearly the author of the memo does not seem to have any idea about patent examination at the patent office. As far as I’m aware the patent office does not hire any external consultants, save for the recent CSIR deal. Most of the examinations are conducted ‘in-house’ by the patent office examiners themselves.
Four years later, on the 15th of October, 2007 the National Knowledge Commission (NKC) recommended to the Prime Minister that the FCS scheme be introduced in the patent office in order to reduce attrition among the patent office examiners and attract the best talent possible. Subsequently, the DIPP recommended the same in its 11th five year plan. There is however little evidence of the government acting on these various recommendations. Given the fact that the DIPP has spent a bomb on recruiting and training the new patent examiners it would be well advised to act fast to prevent any attrition to the CSIR or other scientific establishments of the government.
p.s. Before I sign off, I would like to acknowledge almost all of this information was passed onto me by an anonymous source to who I’m grateful for the co-operation.