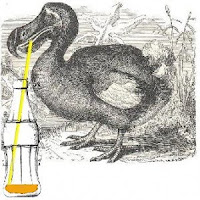 The Designs Act, like its IP counterparts, is getting into the business of writs. In an unusual petition decided upon by the Madras High Court earlier this month (which you can read here), the rights of a re-seller/re-cycler of old beer bottles came under scrutiny. The two writs (both on the same issue) were dismissed, and rightly so, for being premature and “vague” petitions. But the outcome is not of as much interest to us as perhaps the subject matter is. The details are a little sketchy, but I shall try my best.
The petitioners are two enterprises in the business of buying paper and empty beer and brandy bottles from small merchants in the state of Tamil Nadu. The purchased bottles are then transported to the states of Karnataka and Madhya Pradesh for the purpose of recycling. The petitioners claimed they have been carrying on business for over 30 years, and have due government permissions. Until recently, they were allowed uninterrupted passage across state borders.

Recently, however, the petitioners allege that two enforcement authorities — the office of the Regional Transport Officer and the local Inspector of Police — have been preventing them from such transportation. It turns out that some of the bottles were registered as designs under the Act by certain distilleries. The enforcement agencies claim that such transportation is violative of the Designs Act. First Information Reports (FIRs) have also apparently been filed before the police against the petitioners, alleging criminal breach of trust (section 406 of the Indian Penal Code), and piracy of registered designs (S. 22 of the Designs Act).

The petitioners argued that the enforcement agencies were stopping their vehicles without the authority of law, and that no one could be restrained from transporting empty bottles in this fashion without an injunction from a court. This formed the basis of their writ of mandamus before the High Court, which sought to forbear (restrain) the enforcement agencies from interfering with the petitioners’ rights to transport old empty bottles across states.

On their part, the agencies said that the petitioners had not substantiated their allegations in any manner. Not only had they failed to show specific instances of harassment, they could also not show that they were carrying on this business with necessary licenses or permits. Further, they counter-alleged that when there were third party claims of infringement. it was for the petitioners to prove that they were entitled to continue such transportation.

The High Court threw the petitions out, saying they were without merit: the relief sought was very vague and general in nature, and no blanket order could be passed by the court.

This is a story of on-the-ground IP enforcement incidents that we rarely get to hear in India. It’s anecdotally accepted that the agencies threaten and harass weaker parties, frequently without real cause. Here, the anecdote seems to have made it to court – it seems hard to believe that someone would have attempted to reach the echelons of a High Court without a degree of truth in the story. Failing to substantiate their case convincingly was a stupid move on the part of the petitioners, but nevertheless, there may be some encouragement for those who believe their rights are being unfairly (and perhaps even violently) taken away without being given a fair hearing, particularly in IP matters. A couple of (distantly) associated posts can be read here and here.

(On a side note, I used to once know a gentleman, who has since passed on, who collected old beer bottles for a hobby. Whatever happened to that collection now, I wonder. Separately, it also seems that returnable bottles are facing extinction (Image from here).)