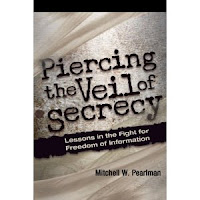 The Council for Scientific & Industrial Research (CSIR), India’s premier civilian scientific research establishment has recently disclosed in response (available here) to a RTI Application filed by me that it has spent a whopping Rs. 74.24 crores or Rs. 74,24,00,000 on securing patents for its inventions in India and foreign countries. Of the Rs. 74.24 crores, only a paltry sum of Rs. 1.78 crores was spent on securing the Indian patents. The remaining Rs. 72.46 crores was spent on securing patents around the world including jurisdictions like the U.S., Japan & the E.U. Image from here.
As of today, CSIR has 1872 active patents in India. The number of active patents in other jurisdictions is as follows: 813 in the U.S., 328 in the E.U., 147 in Japan and 829 in other countries.
With respect to the following question, the CSIR completely evaded providing any answers:
Please provide me with details of the revenues/profits earned by CSIR through licensing of its patents in India and other countries, for the last ten years. By details, I mean the following:
(a) The patent number which has been licensed along with the title of the invention;
(b)The value of the licensing deals in Indian Rupees or relevant foreign currencies;
(c) The name of the person or company to whom a licence has been issued;
(d) The duration of the licensing deal.
With respect to questions (a) & (c), the CSIR HQ makes the shocking claim that it does not even keep a record of the patents granted to its different laboratories and that I will have to apply individually to each of its 39 odd labs. How is it that CSIR has a track of the amount that it has spent on securing all its patents but no information on how these patents are licensed to the industry? Such a claim is particularly disturbing since CSIR boasts of its own Intellectual Property Management Division (IPMD). It is the mandate of this Division to keep such records and yet the CPIO claims that the CSIR HQ does not maintain any such records.
With respect to questions (b) & (d), the CSIR HQ responds with the standard nonsense on how the information is treated as ‘commercial confidence’ and ‘trade secrets’ and that disclosure of such information may harm the competitive position of the third party. This is like the Central Govt. saying that we cannot disclose the licence fee for 2G licences because it may harm the competitive positions of the various telecom companies which have been arbitrarily granted licences. The bottom line is that if the invention has been funded with public money and the patent has been secured with public money then the information is open to public scrutiny. What is CSIR going to do when CAG comes knocking on its doors? Moreover, I recently found this presentation by a CSIR official, where he discloses the financial details of several licencing deals with commercial entities. Why is it okay for him to discuss these figures in the public when CSIR considers them to be confidential?
It is most unfortunate that CSIR continues to try and hide itself behind a veil of secrecy. As we have seen in the past, such secrecy is an open invitation to corruption, inefficiency and unaccountability.

In response to my last question on CSIR’s revenue sharing policies with its employees, we were given a copy of some guidelines on the point. The guidelines however seem to govern only consultancy or third-part funded research. This would basically cover the Patent Office-CSIR agreements for recruiting patent examiners and conducting prior art research. A part of this money from the Patent Office deals goes directly to CSIR employees. The guidelines do not seem to cover the transfer of royalties from public funded research. The Indian version of the Bayh-Dole Bill is likely to cover this aspect. However given the lack of transparency at CSIR, I would think that the Government may want to add additional safeguards to the draft version of the Bill.