share
The Central Information Commission, in Ms.SakshiMathur v. Ministry of Health and Family, decided on the issue of disclosure of certified copy of question booklet of AIIMS-MBBS Entrance Examination, 2011 and the corresponding answer key. The Public Information Commissioner of AIIMS had initially refused the disclosure inter alia on the ground that the questions and answers were the intellectual property of AIIMS and exempted from disclosure under the Right to Information Act (“RTI Act”). SaiVinod had earlier blogged on IIM’s Copyright over CAT questionswhere he examined the interface between Copyright Act and RTI Act. 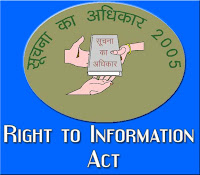 The respondent, in the instant case,inter alia argued that the question papers, which were prepared by subject experts, were original literary works and the copyright over the same vested with the respondent. Relying on Section 8(1)(d) of RTI Act which exempts the PIO from furnishing information including intellectual property, the disclosure of which would harm the competitive position of a third party, unless the competent authority is satisfied that larger public interest warrants disclosure of such information, it was contended that the respondent could not be compelled to disclose the information. Further, such disclosure would be detrimental to experts who were ‘third parties‘ by enabling others in their field to replicate their work and use it for their own commercial purposes. Citing Section 57 of the Copyright Act, 1957, which sets out the special rights of authors, it was contended that the respondent was statutorily required to protect the rights of the authors. Also, relying on Section 9 of the RTI Act which states that a PIO can reject any request if the disclosure of information infringes copyrights of any person other than the State, the respondents contended that the information sought was exempt from disclosure.
CIC observed that the appellant sought information which was, admittedly, the intellectual property of AIIMS. Section 8(1)(d) of the RTI Act was attracted only when disclosure of information harmed the competitive position of a third party and not of AIIMS itself. Even if AIIMS was treated as a third party, it was not a commercial organisation that competed with other organisations. Further, it was not proved that the experts who prepared the question papers were in a competitive business such that disclosure of these question papers along with their keys could harm their competitive position. In view of the same, the Respondents’ contention that the information sought was exempt under Section 8(1)(d) of the RTI Act was rejected. Further, Section 57 of the Copyright Act, 1957 was held to be impertinent as the fact situation did not satisfy the requisite statutory conditions for invoking the same.
Further, Section 9 of the RTI Act could be claimed as an exemption from disclosure of information only when such disclosure would infringe copyright subsisting in a person other than the state.  Since the respondents had already stated that the information sought was the intellectual property of AIIMS, Section 9 of the RTI Act was not applicable. The Commission also rejected some of the ancillary contentions of the respondent stating that the information under the RTI Act could be denied only on the grounds set out in Sections 8 and 9 of the RTI Act.
The instant CIC decision conformed to its earlier decision in Mangla Ram Jat v. CPIO, Banaras Hindu University, where the Commission arrived at similar conclusions on identical issues. In the aforesaid decision, it was categorically held that providing information was the rule and denying the same was the exception to the rule. Considering Section 3 of RTI Act (‘subject to the provisions of this Act, all citizens shall have the right to information’), it was held that the denial of information could only be on the exemptions in the Act set out in Section 8 and Section 9 and not on any other ground.
Further, exemptions under Section 8(1) were not absolute and subject to larger public interest as mentioned in Section 8(2) which reads, “Notwithstanding any of the exemptions permissible in accordance with sub section (1), a public authority may allow access to information if public interest in disclosure outweighs the harm to protected interest.” In other words, the concept of public interest could not be invoked for denial of information. On the other hand, an exempted information could be disclosed if it was in larger public interest.
The instant CIC decision also conformed to the Supreme Court judgment in Institute of Chartered Accountants of India v. Shaunak H. Satyawhich had identical issues. The judgment affirmed that the exemption under Section 8(1)(d) was available only in regard to such intellectual property, the disclosure of which would harm the competitive position of any third party. The judgment held that “what is exempted from disclosure at one point of time may cease to be exempted at a later point of time, depending upon the nature of exemption…Disclosure of the question papers, model answers and instructions in regard to any particular examination, would not harm the competitive position of any third party once the examination is held….Therefore, Section 8(1)(d) of the RTI Act does not bar or prohibit the disclosure of question papers, model answers (solutions to questions) and instruction if any given to the examiners and moderators after the examination and after the evaluation of answer scripts is completed, as at that stage they will not harm the competitive position of any third party. We therefore reject the contention of the appellant that if information is exempt at any given point of time, it continues to be exempt for all time to come. (paragraph 12).” Further, ICAI, being a State, could not claim protection against disclosure under Section 9 of the RTI Act as it did not involve infringement of copyright subsisting in a person other than the State. Also, furnishing of information by an examining body in response to a query under the RTI Act could not be termed as an infringement of copyright.