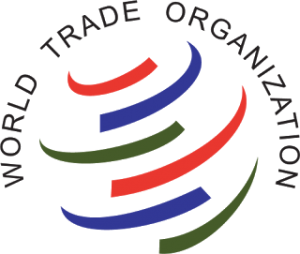 In an official statement at the 12th WTO Ministerial Conference, that was both blunt and sharply worded, India’s Union Minister Piyush Goyal quite openly called out the developed nations on at least three major points: 1) diluting the “TRIPS Waiver” to the extent that its little more than existing compulsory licensing provisions; 2) their delaying tactics over the waiver; and 3) as well as their attempt to portray themselves as caring for the developing world while actually hardly moving the needle.

Notably, he also indicated the type of negotiations going on in some of the bilateral discussions: “Our hope and desire was that this will be the beginning and in 6 months they we will decide over therapeutic and diagnostics. I am sorry to share with you that in some bilaterals that I have had with the developed world and some of the countries who are opposing this in a way, they have almost clearly hinted and indicated that IP rights are extremely important, we are flowing with wind only because of the international pressure but on diagnostics and therapeutics there is no way we are going to yield.”

I reproduce the full statement, as made available by PIB here, below. You can view our previous posts on the waiver over here.

Following is the text of the Statement made by Union Minister of Commerce & Industry, Consumer Affairs, Food and Public Distribution and Textiles, Shri Piyush Goyal during the 12th Ministerial Conference of the WTO in Geneva at the meeting with co-sponsors of TRIPS Waiver today:

“Engaging with the Developed world to try and find solutions, and I must commend him for his wonderful leadership and of H.E. Ms. Xolelwa, Ambassador of South Africa. I have been trying to get a sense of where this is heading, both in the various quadrilateral meetings, in my bilaterals with various ministers and governments and also in the green room. I have a few disturbing things to share with you, which I think is important that we are all on the same page before we take a final decision.

First of all, I do not think it matters very much whether the item 1 and 2 get finalized or no, my own sense is whatever language we want gradually we will get in item 1 and 2 here, because they are very keen to show to the world and to civil society, that we have pain in our heart for the developing countries, we care for Africa, we care for the Less developed countries, we care for developing world and they want to clear their chest of this allegation that the developed world is insensitive and inhuman to the concerns of the poor and vulnerable.

My own sense is right now and and the number of meeting that are being held and the number of green room engagements, the effort they are putting in, is more to showcase to the world that oh we found a wonderful solution we agreed with 80 countries or whatever to give a TRIPS waiver. Now the common man does not understand that this is nothing near a TRIPS waiver, common man does not understand that this is a little elevation from a compulsory licensing. But, the way the discussion were going on, the nitpicking and my colleague, the Ambassador from Egypt will also share because he was also in the room, also at the receiving end of several attacks on him for having raised his voice, but very clearly the effort there is to somehow take the burden or the obligation off their chest, get anything passed, but the nitpicking they are doing reflects that the insincerity and the fact that my own feeling is not a single factory, not one, will ever come up with the agreement that we are finally trying to negotiate and which may get approved.

The kind of fights over small commas, fullstops, one word here or there seem to suggest that this will continue through the 5 years, if anybody was to try and take the benefit of this agreement so that whoever makes such an effort will get frustrated and not a single plant to make manufacturing of vaccines will come with this.

Second, with great difficulty we got the period of 5 years but by the way we all know that by the time we get an investor, we get funds raised and draw plans, get equipment and set up a plant, it will probably take 2.5-3 years to do that. After that you will start producing and within two years you will have to bring down your exports to the normal compulsory license level and your capacity will remain idle. Today, in India we have vaccines which are expiring, we have the capacity of vaccines which is idling and therefore, investors will not be easy to come by for this.

Our hope and desire was that this will be the beginning and in 6 months they we will decide over therapeutic and diagnostics. I am sorry to share with you that in some bilaterals that I have had with the developed world and some of the countries who are opposing this in a way, they have almost clearly hinted and indicated that IP rights are extremely important, we are flowing with wind only because of the international pressure but on diagnostics and therapeutics there is no way we are going to yield.

Their expectation is very similar to what is written here that COVID-19 is increasingly being well managed and the issue will loose relevance, that is their hope. Their hope is unburden your chest of any guilt today, show the world we have been so magnanimous today, push the can down the road for therapeutic and diagnostics which are really now essential, vaccine story is almost over and even there, they have charged an arm and a leg to many of our countries. Where a vaccine in India gets produced for a $1.5, many parts of the world are paying  $38 – $40 plus. Some of you have received donations, valuing the vaccine at $38 or $40 and making it out to be such a big favor to you. So, my own sense is that what we are getting is completely half baked and it will not allow us to make any vaccines, they have no intentions of allowing therapeutic and diagnostics and if at all they try to say that we are the cause for its collapse, I think we should unanimously speak to the world and tell them that no we ideally we want a holistic solution including therapeutic and diagnostics.

Vaccines have already lost relevance, 2 years they spent without giving a solutions and it is too late, not even a situation where you can say better late than never, its just too late there is no demand for vaccines anymore. So rather, let us pitch for the final decision, collective and holistic decision and not get conned into accepting a sub-optimal stage 1, knowing full well that the stage 2 will never happen.”